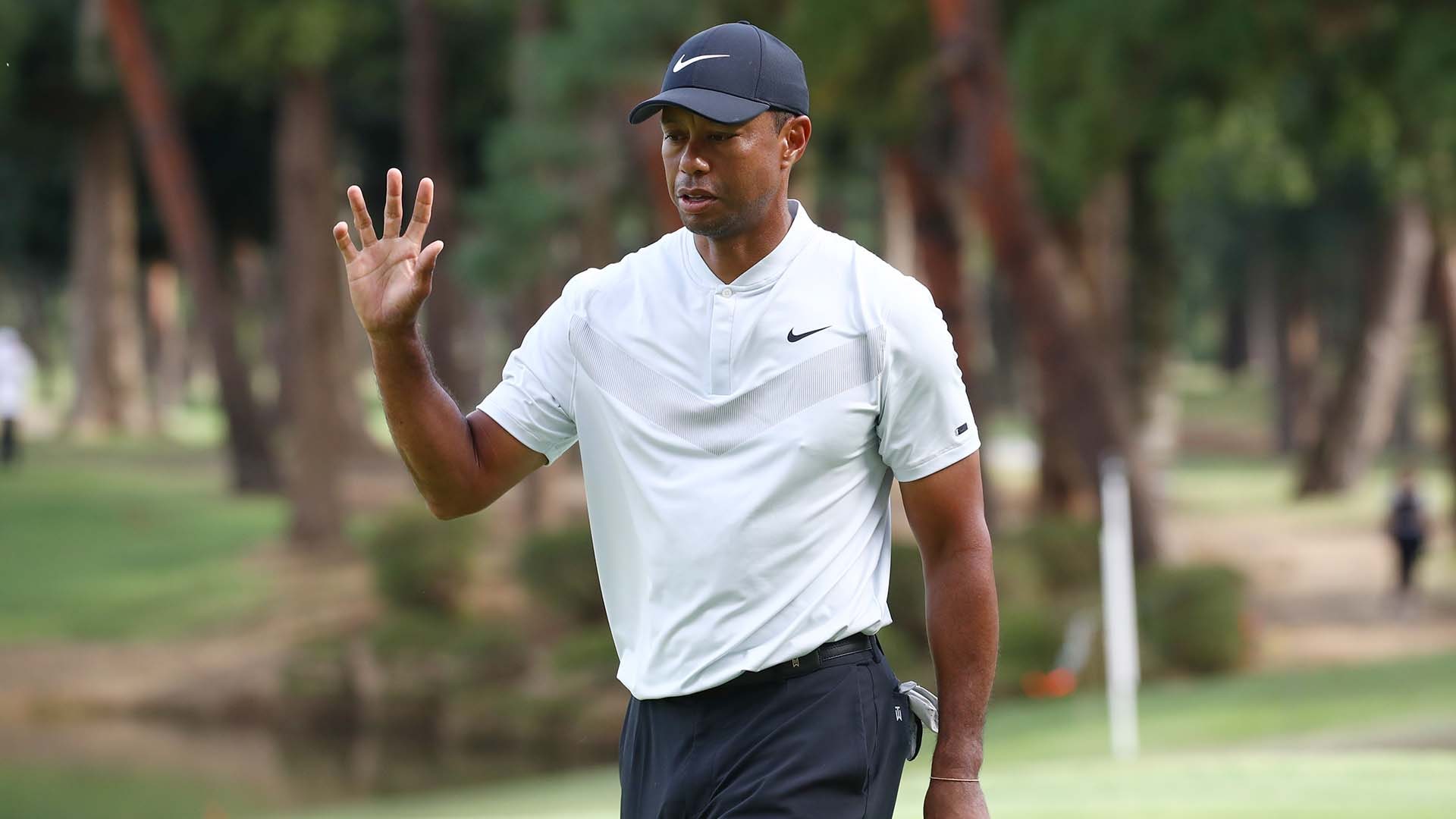 After getting Friday off because of Typhoon Bualoi, Tiger Woods returned to Narashino Country Club on Saturday for the second round of the Zozo Championship and posted his second straight 6-under 64 to take the solo lead at 12 under.

Sharing the lead at 6 under with Gary Woodland after Thursday's opening round, Woods kicked off Round 2 with a birdie at the par-4 first hole.

However, Woods gave the shot right back at the par-4 second and followed with a string of pars before getting another birdie putt to drop at the par-3 seventh, which got him back to within two shots of the lead.

Woods carded a 1-under 33 on the front before beginning the back nine with back-to-back birdies, at the shortened par-4 10th (just 140 yards because of standing water) and par-4 11th.

A birdie at the par-3 13th then moved Woods back into a tie for the lead with Woodland at 10 under, and another at the par-4 17th gave Woods the solo lead at 11 under.

Woods gave himself an eagle look at the par-5 18th hole, and though he failed to convert he did two-putt for birdie to move to 12 under and take a two-shot lead.