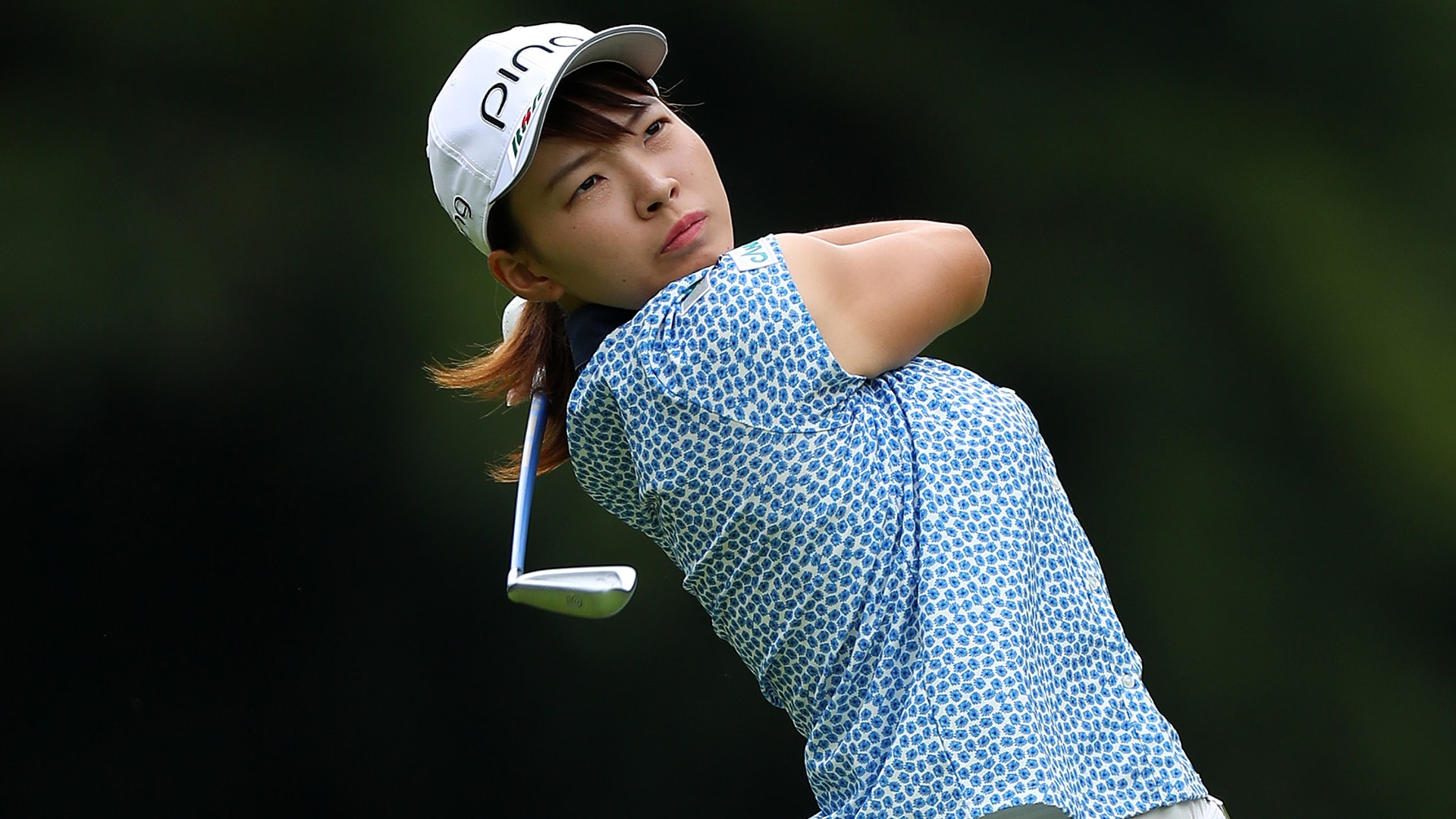 MILTON KEYNES, England – Hinako Shibuno's dream debut continued Saturday as she fired a 5-under 67 to seize a two-shot lead going into the final round at the Women's British Open.

The 20-year-old Shibuno, a rookie on the Japan LPGA Tour who is making her LPGA Tour and major championship debut, hit six birdies in the final nine holes of the third round for a 14-under 202.

Overnight leader Ashleigh Buhai (72) started with a three-shot lead at Woburn Golf Club and stretched it to five as Shibuno had bogeys on Nos. 5 and 9. But with Sung Hyun Park also closing in, Buhai stumbled with three bogeys in five holes. The 30-year-old South African, who has never won on the LPGA Tour, dropped to second at 12 under.

Second-ranked Park was a shot further back in third after a bogey-free 68.

Americans Morgan Pressel and Lizette Salas, and top-ranked Jin Young Ko, were tied for fourth on 10 under. Ko (68) is seeking her third major title of the year after winning last week's Evian Championship in France.

Pressel birdied eight holes on her way to a 66, while Salas (70) had two bogeys in her opening nine.

Defending champion Georgia Hall was 10 shots back after a 74.