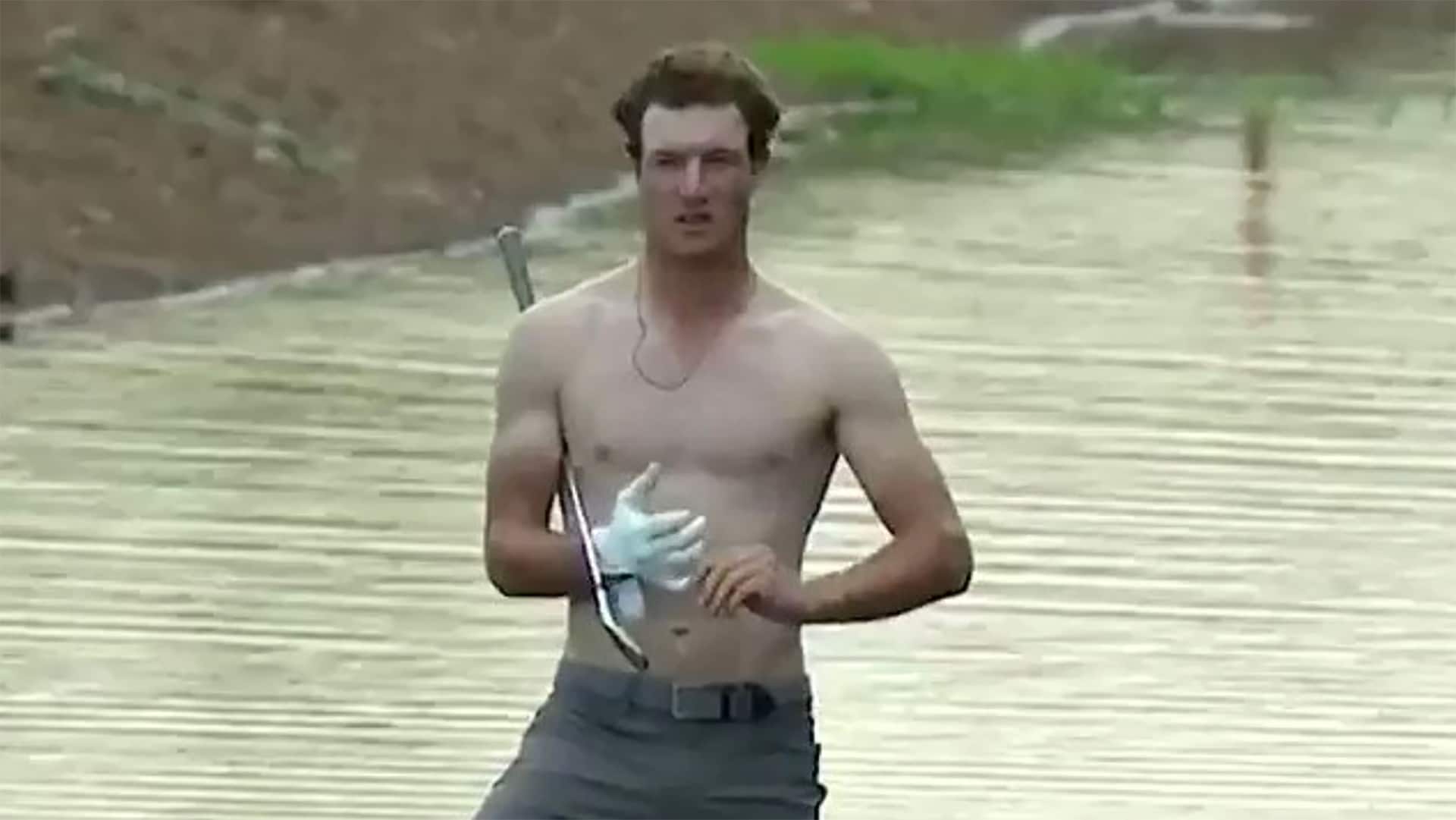 Sometimes golfers have to make sacrifices.

Canadian Drew Nesbitt probably knew he'd incite a bit of banter when he took his shirt off to play his second shot from the water at PGA National's sixth hole on Friday.

Even NBC broadcaster Paul Azinger chimed in: "He forgot to take his shirt off ... oh wait, no he didn't."

But despite showing off a wicked farmer's tan, the choice proved successful for Nesbitt.

Nesbitt was able to advance his ball 50 yards and save par. He ended up making the cut at the Honda Classic on the number, too, after a second-round 71.

Talk about making a splash. It's the first made cut of Nesbitt's PGA Tour career.