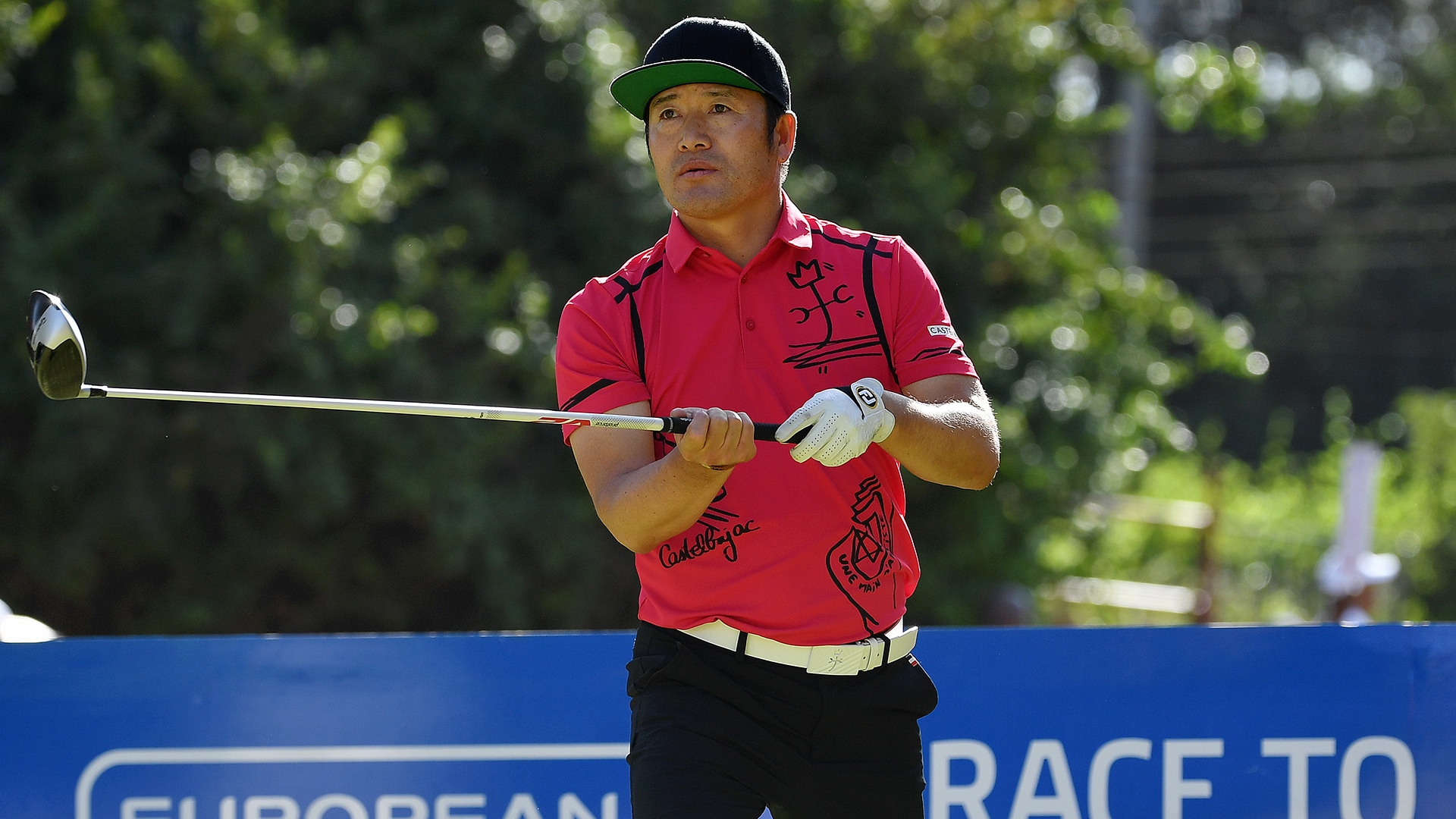 Hosung Choi's post-impact animations are getting out of control.

During Friday's second round at the Singapore Open, the 44-year-old Choi, known for his lively and unorthodox follow-throughs, accidentally hit another player in his group with his driver after the club appeared to slip out of Choi's hands after an exaggerated finish.

After the club struck the leg of Choi's playing competitor, who was standing to the right and behind Choi on the tee box, the player was visibly frustrated with Choi.

Choi shot 72-74 and missed the cut at Sentosa Golf Club. The South Korean, who has won four times worldwide, is currently ranked 170th in the Official World Golf Ranking.

American Matt Kuchar leads after 54 holes at 17 under.