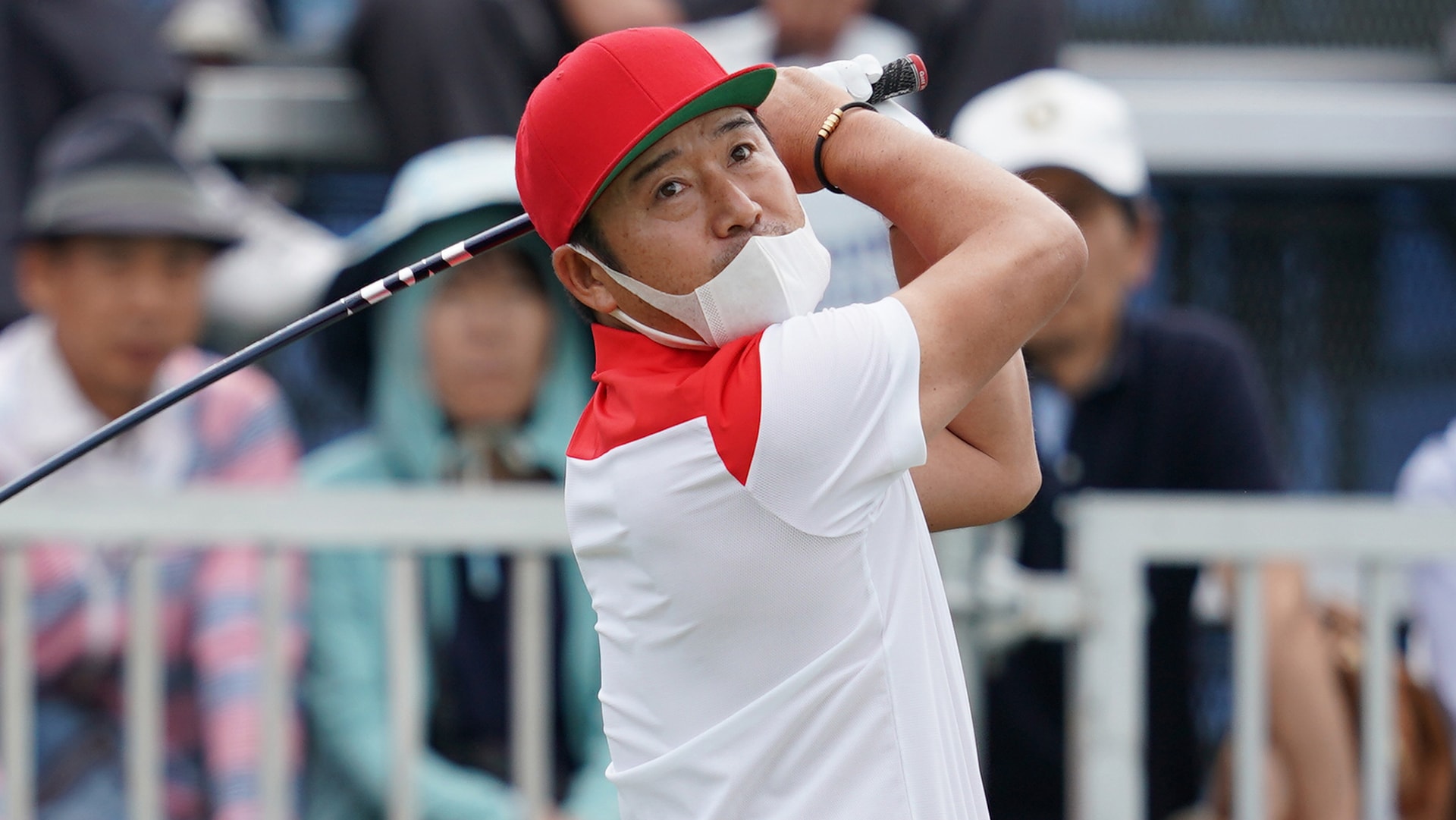 Hosung Choi once explained the reasoning behind his lively and unorthodox follow-through.

“I am not as flexible as the young guys, and I can’t really turn my hips very well,” Choi said last year. “This way, I get more power and have a lower chance of getting injured.”

Choi was competing Saturday in the Korea Professional Golf Tour’s Busan Gyeongnam Open – and playing in the final grouping of the third round – when he whiffed on his tee shot on the final hole at Aramir Country Club in South Korea. The clubface of Choi’s driver hit the ground well behind the ball before whizzing just over the ball, the ball subsequently being blown off the tee.

After his big whiff, Choi, who was at 12 under for the tournament, stood there in disbelief. A closing bogey dropped him to 11 under, which is six behind leader Joohyung Kim.

Choi, ranked No. 218 in the Official World Golf Ranking, has won four times professionally, most recently last November at the Heiwa PGM Championship. This was his first start since the SMBC Singapore Open in January, where he made headlines for another less-than-flattering reason – he hit his playing competitor with his driver after letting go of the club following a poor drive.