Round 2 of Houston Open resumes after weather delay 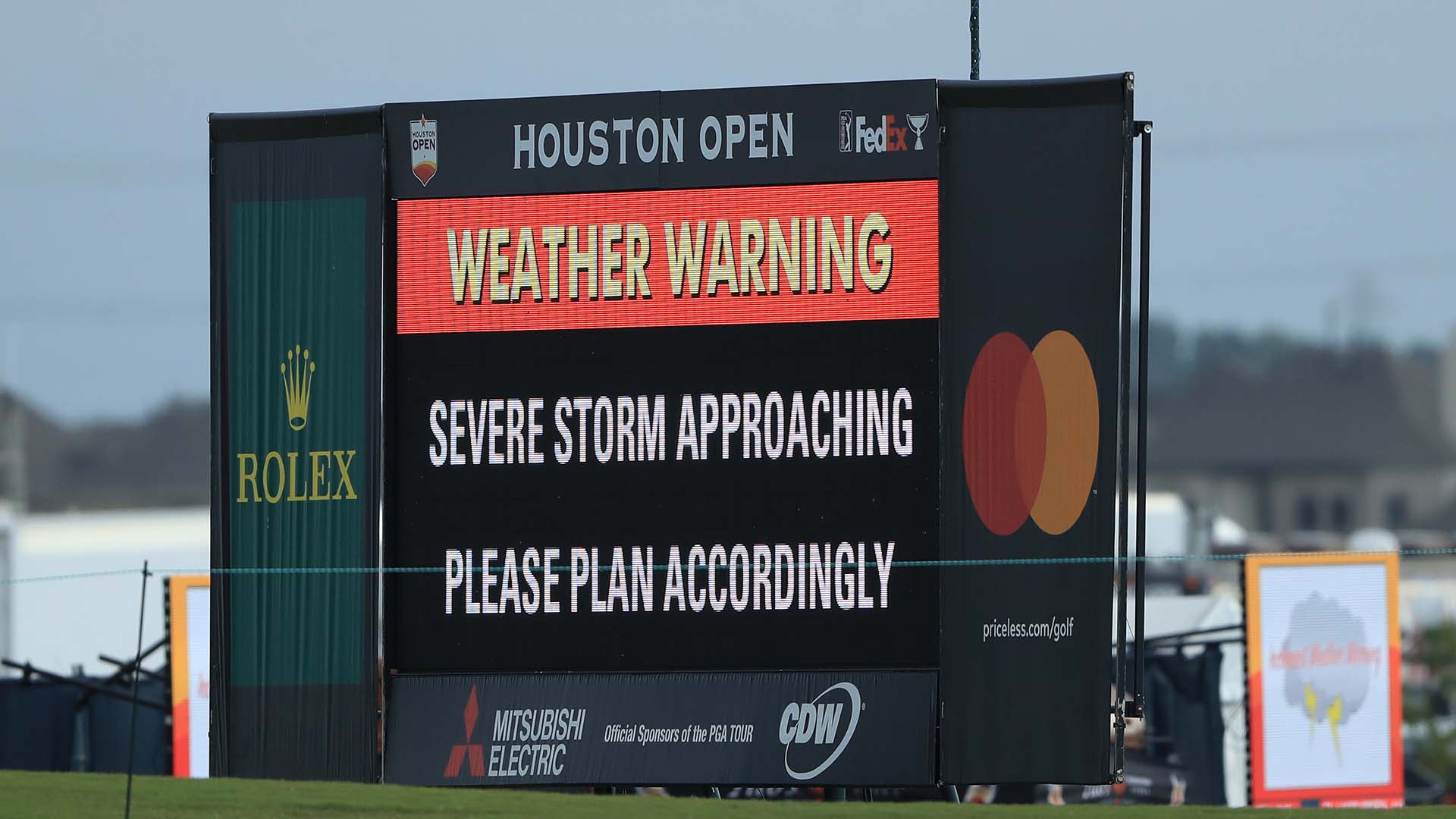 HUMBLE, Texas – The second round of the Houston Open resumed at 12 p.m. ET Friday after a 2-hour-and-5-minute weather delay.

Tournament officials blew the horn to stop play at 9:54 a.m. ET, which gave them plenty of time to pull the players off the course before the thunderstorms arrived.

A cold front is expected to bring cooler temperatures (55 degrees at 7 p.m. ET) and high winds (up to 25 mph sustained with 30 mph gusts) Friday afternoon, which will benefit some of Friday's earlier groups.

Before the horn blew, Peter Malnati had tied the lead with a 5-under start through five holes. Robert Garrigus was also 5 under on his round, moving up to 7 under, one shot off the lead, after seven holes.