How to rescue U.S. women's golf: Inkster is the key 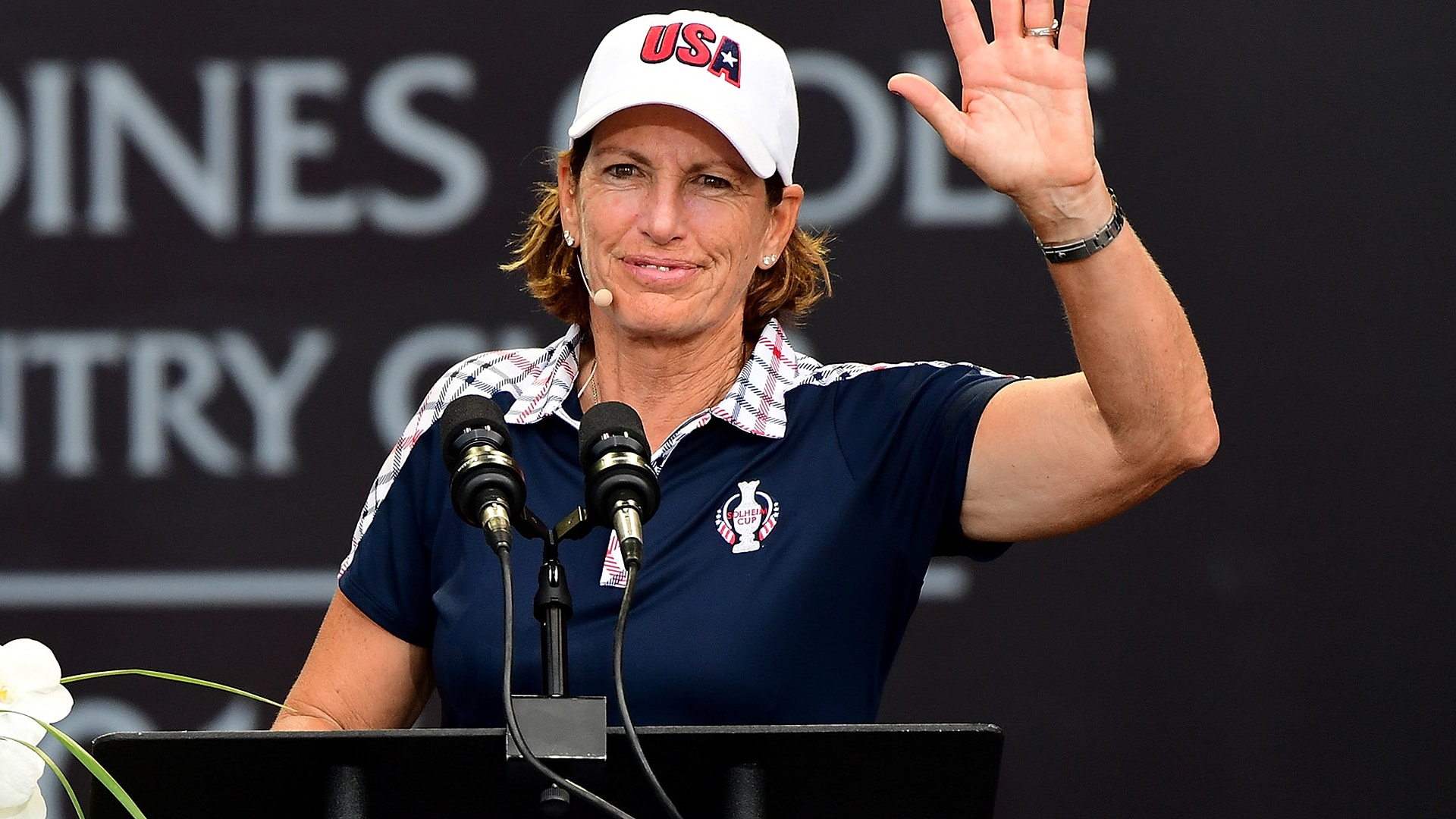 Juli Inkster broke the American Solheim Cup captain’s mold Tuesday with news she will lead the team for a third consecutive time.

Nobody has ever led three U.S. teams.

This is historic, this move to make the most of Inkster’s ability to shape, mold and motivate women.

But why stop there?

Here is one man’s idea to expand Inkster’s transcendent gifts to an even more historically impactful role.

If forward thinking minds are willing to give her creative new reach, she might prove to be as good for what ails American women’s golf overall as she has been for the American Solheim Cup effort.

Make Inkster the point person for a collaborative new American developmental program that is still in its infancy, a program that could become a new U.S. pipeline to the women’s game if developed more fully.

The LPGA, USGA, PGA of America, PGA Tour and Augusta National have been working together to create a new American developmental model to guide youth through the game.

Make Inkster the face of that collaboration.

Make her the captain of that effort, too.

Make her the full-time American Solheim Cup captain for as long as she wants the job, with a larger mission to grow the women’s game.

Call it the American Women’s Golf Initiative and formalize that new collaborative effort.

Make her a salaried LPGA executive in that expanded role, a special assistant to commissioner Mike Whan. The tour couldn’t make a better investment in the future of women’s golf. They would be a formidable team.

With the women’s game continuing to grow globally, with Asian dominance expanding beyond South Korea, the Americans could use a more organized effort to bolster their women.

LPGA-USGA Girls’ Golf is growing at an impressive rate. Whan loves to cite the numbers. The next step is developmental, turning the growing interest into world-class talent.

“Americans need to do something before they become extinct,” Gary Gilchrist, who coaches world No. 1 Shanshan Feng and major championship winners Lydia Ko and Ariya Jutantugarn, told GolfChannel.com last year.

Inkster, by the way, has no idea this observer imagines a more formalized role like this for her. She may have no interest in it, but she is definitely interested in using her captaincy in larger ways this time around, to advocate for young women in the game. She understands the uniquely influential role the Solheim Cup stage gives her, and she is becoming more confident using it.

We saw that after Inkster led the Americans to victory in Iowa last summer. Near the end of the winner’s news conference, she wasn’t afraid to use her platform.

Proud of the entertainment value the women offered in Des Moines, she spoke out against the inequities she sees other weeks.

“I'm going to say it right now, and I probably shouldn't say it, but I just don't understand how all these companies get away with supporting PGA Tour events and not supporting the LPGA,” Inkster said there. “It makes me a little upset, because I think we've got a great product. We deserve our due.”

Inkster, 57, is already an LPGA Hall of Famer. She has won 31 times, with seven major championship titles. She sees the Solheim Cup captaincy as a chance to win more than another trophy.

“Four years ago, I probably wouldn’t have said what I said in Iowa,” Inkster told GolfChannel.com on Tuesday. “I’m getting more confident in myself. Even at 57, I’m still learning.

“I didn’t say that in Iowa to be feminist. I said it as a woman golfer, with daughters, wanting the best for the LPGA, because I think we have a great brand, and I don’t think we get the respect we deserve, sometimes.”

Inkster said she didn’t intend for that to be controversial.

“I wanted to say it in a way that did not sound like `Woe is me,’ or `Woe is the LPGA.’ I think all the girls love what they do and feel fortunate they can make a living doing it, but can we do better? Yes, we can do better.”

“The golf was so good in Iowa, and we had such great crowds there, I just wanted people to be impressed how good it was. It was the perfect moment to bring out what I was feeling, that I think things should start changing a little bit.”

In so many ways, Inkster was the star of the American team in Iowa and also when they won in a+ historic comeback in Germany two years before that.

Inkster didn’t hit a shot as the captain of those teams, but she dominated those stages, completely transforming the American team into her own image.

“Each one of us had a little bit of Juli in us,” Stacy Lewis said.

We saw that in the Opening Ceremony in both Germany and Iowa, when the American players abandoned their stiletto heels to wear the old Chuck Taylor Converse basketball shoes that Inkster loves to wear.

We saw it in the red-, white-and-blue lunch buckets Inkster’s players embraced as their team gift in Germany and the hard hats she got them in Iowa.

Mostly, we saw it in the way the Americans conducted themselves, in the way they worked hard, played hard, loved hard and laughed as much as they could along the way.

“Juli is a freaking rock star,” Gerina Piller said. “We look up to her so much.”

That’s what gives Inkster a chance to touch more than a Solheim Cup trophy with her reach this time around.