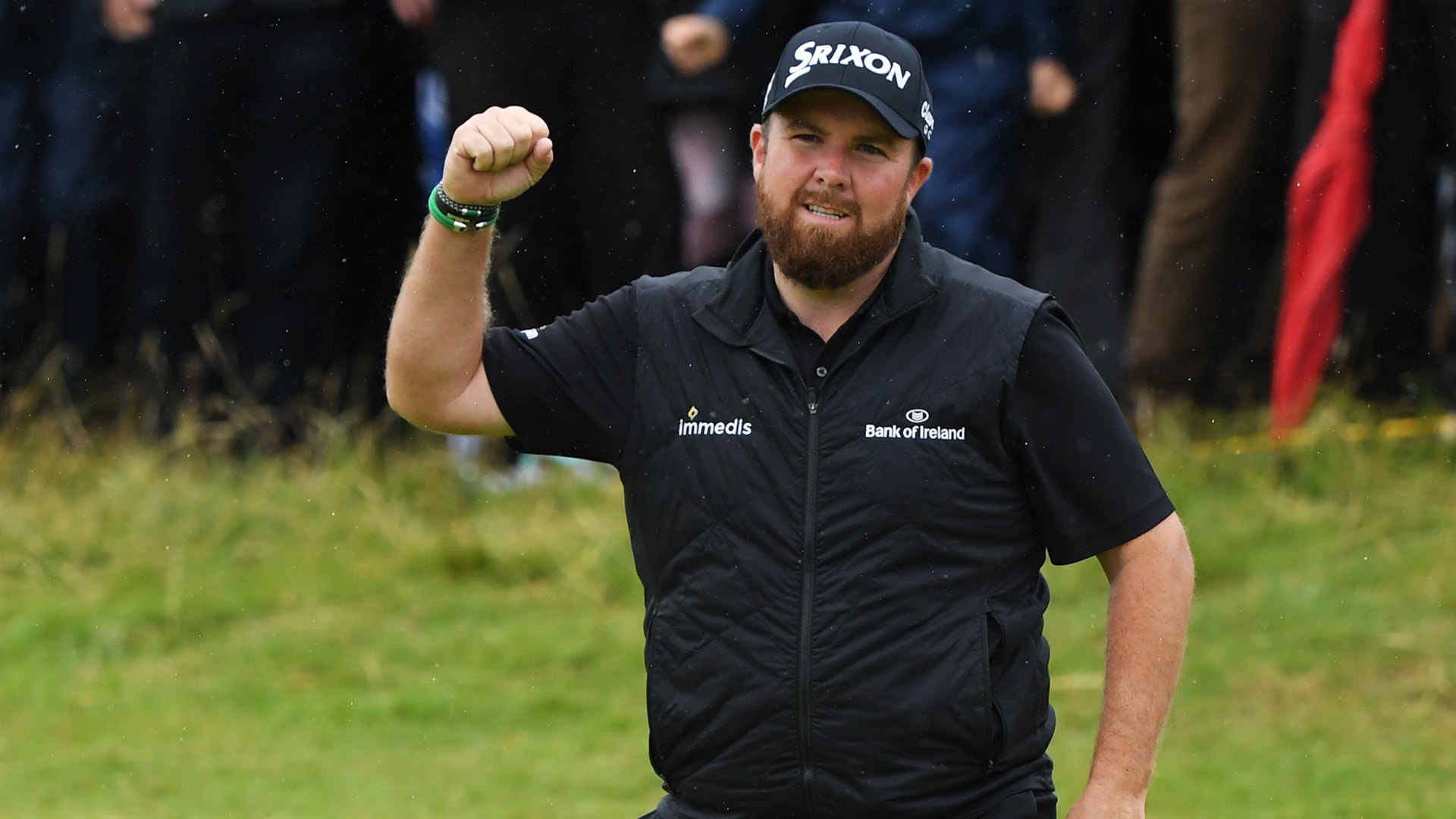 PORTRUSH, Northern Ireland – More than ever before, Shane Lowry is equipped to handle the inevitable ups and downs of a 10-year pro.

So during an electric round here at a home Open, the hearty Irishman wasn’t going to be frazzled by his gut-check par saves on 15 and 16. He wasn’t going to be rattled by hearing a TV analyst’s commentary (“He’s got 295 to the top of the hill”) during his backswing on 17. And he wasn’t going to be bothered by the 8-iron he fatted into the home hole, a closing bogey that put him in a share of the 36-hole lead at Royal Portrush with J.B. Holmes.

“I don’t think the consequences are as bad, and I feel like that’s why I’m so good mentally at the minute,” Lowry said.

It’s been a gradual process to reach this point for the four-time European Tour winner. At this time last year he was suffering through the worst form of his career, sacking his caddie, missing the cut in The Open and sinking to 92nd in the world rankings.

“I was very down about my game; I wasn’t in a great place mentally,” he said. “It’s chalk and cheese, really. What’s the difference? I honestly have no idea. I think as a golfer, you have such a long career, it’s just a rollercoaster. I feel like I know how to take the downs. You’ve got to enjoy the good times and take the bad times on the chin.”

This week has tested his newfound perspective. After a few practice rounds in front of friends and family, Lowry felt so uncomfortable that he called a team meeting Wednesday morning at the Bushmills Inn. For 40 minutes over coffee they sorted through his fears of disappointment, and he eventually emerged from the hotel brimming with confidence.

Though he was shaking on the opening tee, he managed a 4-under 67 Thursday. In front of the biggest crowds he’s ever seen, Lowry was even better in the second round, at least until late in the back nine, when he dropped a pair of shots over the final five holes to sit at 8-under 134.

“I’m obviously going to be thinking about it tonight,” Lowry said of hoisting the claret jug. “There’s no point in shying away from it. I’m in a great position, but by God, we have a long way to go.”