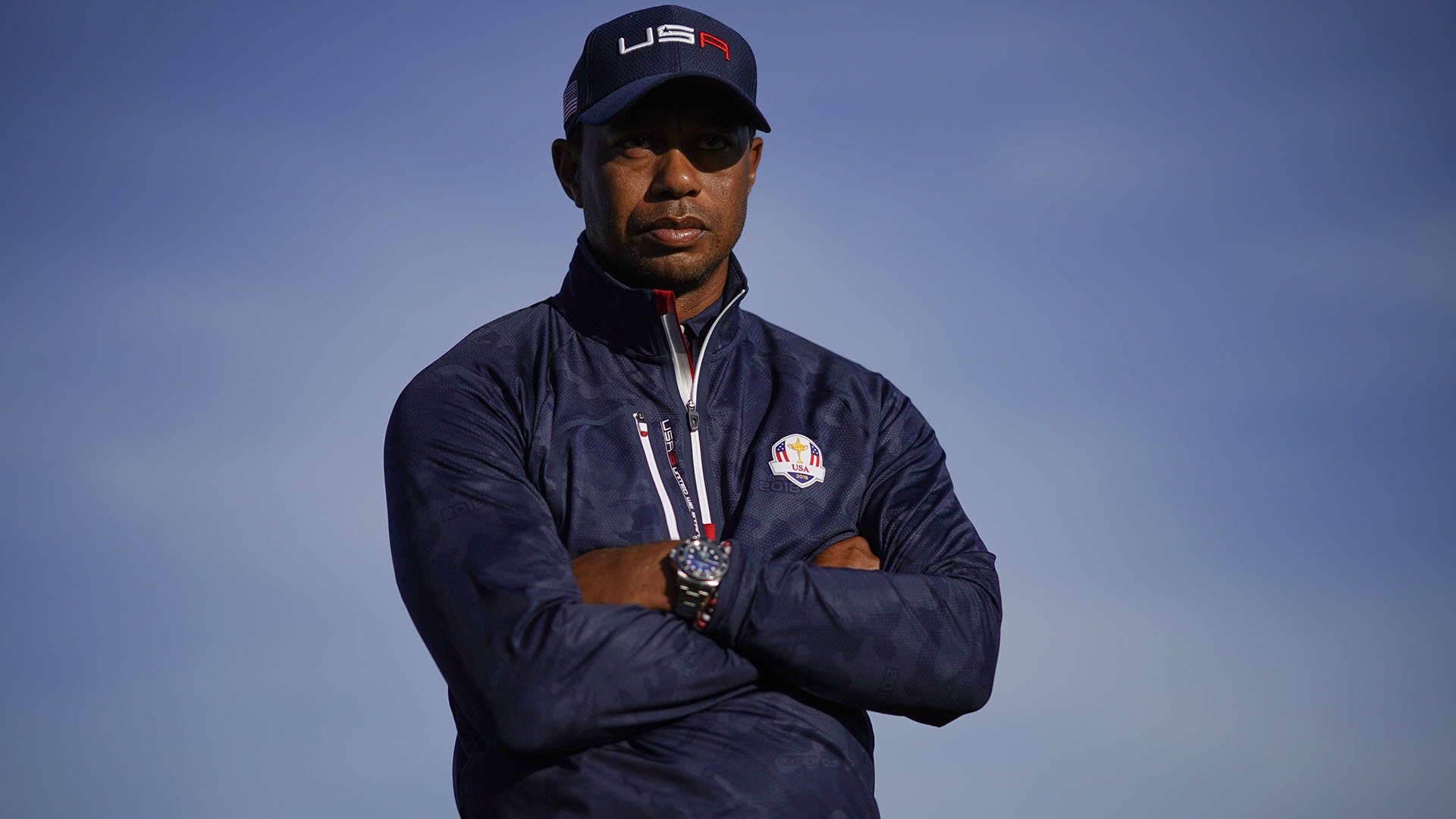 Tiger Woods isn't on site as a vice captain this week at Whistling Straits, but his presence is still being felt by Team USA at these matches.

A few Americans got together with Woods last week back at Woods' home in Jupiter, Florida, where Woods continues to recover from serious injuries sustained in a single-car accident last February. That group included Justin Thomas, who visited Woods a couple of times before leaving for Wisconsin.

"More so just going over to see how he's doing as a friend, more than as a vice captain – or if he's even still considered that. I don't know," Thomas said. "Yeah, he's so into it. He obviously wants the best for our team. He wants the best for all of us. It means a lot to him. I think people would be surprised – obviously, you all saw in Australia (at the 2019 Presidents Cup, where Woods was a playing captain) how much it meant to him, but just the amount of work and the amount of hours he's willing to spend to make sure that he feels like the team is prepared and as ready to go as possible is pretty cool.

"At the end of the day he also understands that we're 12 of the best players in the world, and we know how to play golf. Sometimes less is more, so I think he's great at balancing that out. It was more, I'm here if you need me kind of thing."

Before Friday's opening day of competition, Woods spoke with the entire American squad over the phone on Thursday night. The U.S. players, though, were unwilling to divulge specifics.

“We got a nice message from Tiger last night, obviously we’re not gonna reveal what it said, but Pat [Cantlay] and I knew we referred to it a few times today and we knew what we needed to do,” said Xander Schauffele, who secured two full points on Day 1.

Added Cantlay, who won his foursomes match with Schauffele before rallying alongside Thomas to tie Tommy Fleetwood and Viktor Hovland in fourballs. "No better role model and no better leader, and just somebody that you can always learn from. So, I saw him last week at home, and just picked his brain on Ryder Cup and applied some of that here today."

“We know he was fist-pumping from the couch,” Schauffle said. “Whether he was on crutches or not, he’s as fired up as any back at home, so it’s nice to have his support.”