How the time flies: Tiger returns to Riviera 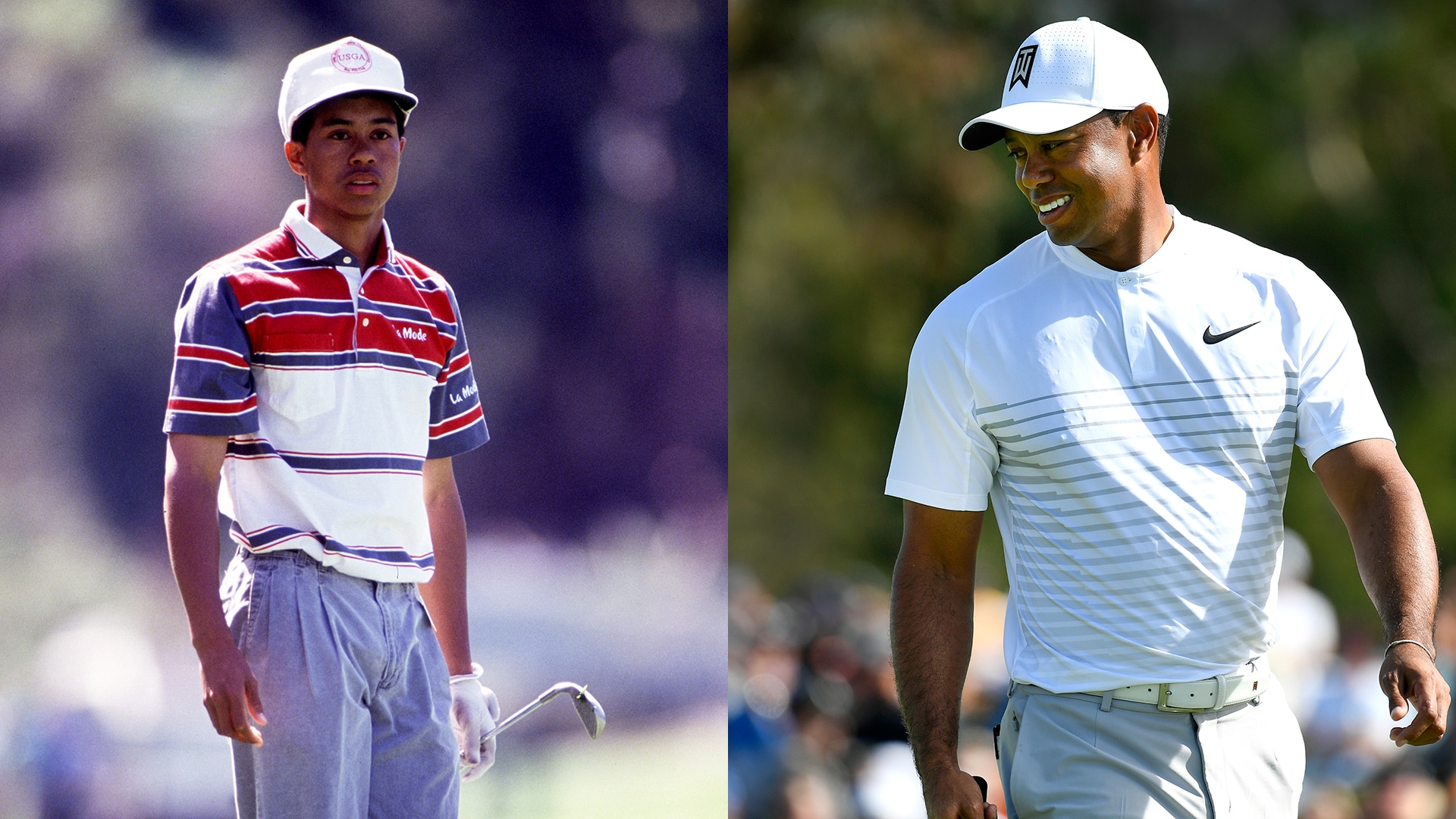 But for a teenaged Tiger Woods, it must have felt like a different world.

Throughout the early 1980s and into the ’90s, Woods’ father, Earl, groomed his soon-to-be world-beating son at the Navy Golf Course near his childhood home. A testament to his time is still kept on the Navy’s Destroyer Course, the “Tiger Tree” next to the 18th fairway where the teen would land monstrous drives.

By the early ’90’s, Woods had established himself as a local legend, a golf prodigy whose renown had grown beyond Cypress and the Navy course. He first ventured to Riviera to play a junior event and on Tuesday recalled playing the drivable par-4 10th hole with a persimmon-headed driver.

“No one really went for it because at the time I first played here as a junior, most of the professionals were first using persimmon and balata balls; the balls weren't going very far,” he recalled. “Obviousl the game's changed. Today I hit 3-wood, landed on the green and it went over.”

Woods made his Tour debut here in 1992 as a 16-year-old amateur, and still refers to the event as the Glen Campbell, which the tournament used to be called until the early 1980s. Although he long ago moved east to Florida to begin his pursuit of history as a professional, this place is home. Or at least as close to home as the Tour gets.

Woods’ career is a collection snapshot moments at places like Augusta National, Torrey Pines and Muirfield Village, where he’s won with historic regularity. Alas, Riviera is not one of those places.

Woods is winless Genesis Open after 11 tries, his most at-bats in a PGA Tour event without win. It’s why many think Woods stopped playing the L.A. event in 2006, even if that is likely an oversimplification.

“I love the golf course. I love the layout. It fits my eye, and I play awful,” said Woods, whose best finishes at the Genesis Open are a pair of runner-up showings in 1998 and ’99. “It's very simple. It's just one of those weird things. It's a fader's golf course for a righty. A lot of the holes, you hit nice soft cuts, and I used to love to hit nice soft cuts, and for some reason I just didn't play well.”

But the times have changed for both Woods and the Genesis Open. His foundation, renamed the TGR Foundation on Tuesday, began running the event last year. It's an event that has benefitted in recent years from victories by the likes of Dustin Johnson and Bubba Watson.

It’s cool to be in L.A. again, and for Woods, it’s convenient. It’s been five years since Tiger played a full Tour schedule and after undergoing fusion surgery on his lower back last April, his most recent comeback is in full swing, following his tie for 23rd last month at Torrey Pines. Riviera was a perfect second chapter in that story, even if the course has had his number, and even if it's a little different.

“This is a whole new game. Everything's bigger now,” said Woods, who played a nine-hole practice round on Tuesday. “The bunkers are deeper; they seem to be bigger. The greens have gotten more pin locations than I remember. So I've got to do a little bit more homework tomorrow in the pro-am.”

There is no denying Woods is in the field this week to support his foundation, but there is also no denying some nostalgic significance considering where he now finds himself in his career.

It was just four months ago at the Presidents Cup, where he served as a vice captain, that Woods seemed to acknowledge his competitive mortality.

“The pain's gone, but I don't know what my golfing body is going to be like, because I haven't hit a golf shot yet,” he said in late September at Liberty National.

Woods covered the same ground on Tuesday but this time with a sense of optimism born from his play at Torrey Pines and at the Hero World Challenge, where he tied for ninth place in an 18-man field.

Although he’s never been prone to bouts of sentimentality, and he probably won’t make the drive down to Cypress to visit the old Navy course and recall those early years, there is a significance to his start this week that’s impossible to ignore.

Woods flew to California with Justin Thomas, the 24-year-old reigning player of the year and FedExCup champion, who inadvertently forced a moment of retrospection.

“He asked me when did I play in this tournament as an amateur. I said, ‘Yeah, I was 16, 1992,'” Woods smiled. “He said, 'That was the year before I was born.' I'm sorry, but that really put things in perspective really fast.”