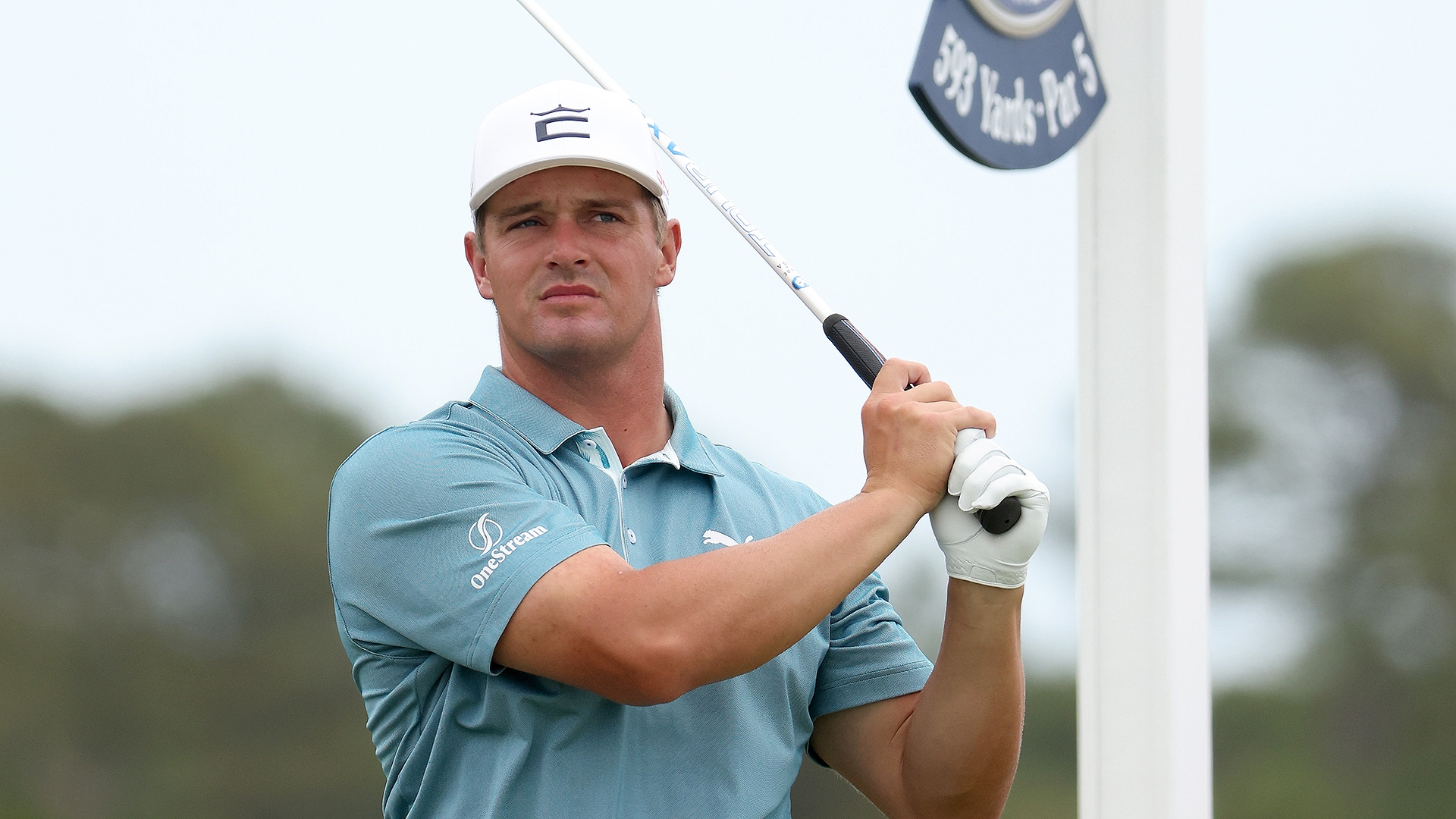 KIAWAH ISLAND, S.C. – The Beast has met his match.

Bryson DeChambeau, say hello to the Ocean Course at Kiawah Island, at a shade under 7,900 yards the longest course in major championship history.

They would seem a perfect fit, bullies, both brawny and brutish, but it’s not that simple. This PGA Championship will be the most challenging test of his transformation.

“It’s probably one of the hardest courses I’ve ever played,” DeChambeau said after his practice round Wednesday. “You can’t miss it in certain areas. You can’t bail out left or right. You’ve just got to have your ball-striking on the whole day, and if you don’t, you’re going to get penalized.”

The forecast calls for a steady 12-mph wind all week, but there’s no way that’s measured on the dunes of the oceanfront holes. It’s been pumping, every day, all day, forcing some pros to smash 3-woods – and, gulp, a few drivers – into the par 3s and 4s. Even DeChambeau, the game’s biggest bopper, was sad to report he mustered just a 270-yard poke into a stiff breeze up 18.

Not surprisingly, he talked up the need to hit it long this week, even if the actual yardage doesn’t approach the 7,876 on the card. If he’s hitting 5-irons into greens, that means much longer clubs – and, in theory, less control – for the rest of the field. But accuracy will still be of paramount importance. Though the fairways here are generous, many set up awkwardly to the eye and shrink considerably when playing in a crosswind (as is often the case).

Thick rough, sandy areas and water lurk to swallow any errant shot; DeChambeau found that out the hard way on the par-5 11th when his tee ball found the rough just five yards off the fairway and he could only muscle a short iron about 100 yards.

As much of an advantage as he enjoys on a weekly basis – and to be clear, it is significant, as he gains more than a shot on the field per round off the tee – DeChambeau also has some clear disadvantages when the conditions are this tricky. He is top five on Tour in both apex height and hang time – benefits when benign, but drawbacks when it’s breezy. Those shots at high speeds better be hit on the screws, or they could sail anywhere, most likely into trouble.

Even before he bulked up and banged moon shots, DeChambeau has struggled in the wind. His Open Championship record (two missed cuts and a finish outside the top 50) pales to his mark in the other majors, and the control freak admits that he can account for just about everything in this game except for an unpredictable gust. Cue the reaction to his short approach into the 12th hole Wednesday. After squeezing a 350-yard drive into a narrow gap downwind, he had just a 53-degree wedge into the green. Everything seemed right – his backswing went to the perfect 10:30 position – but his ball landed five yards past the flag and skipped over the back. For two minutes he stared at his launch monitor, running through the numbers, wondering how that miscalculation could have possibly occurred. In the press tent afterward, he sheepishly mentioned the “laminar flow” of the wind.

“A lot of it is going to be dependent on luck this week,” he said. “I will say that.”

DeChambeau has proven to be adaptable; there’s more complexity to his game than just bombing away at Detroit Golf Club or Bay Hill. A few months ago, he surprised many by dialing down his supercharged speed and playing position-oriented golf at TPC Sawgrass, a claustrophobic layout that seemed a snug fit for his broad shoulders. Yet he still had a chance to win Sunday and tied for third.

But Kiawah doesn’t just require sound strategy. It asks stylistic questions, too – different trajectories, different spins, different shapes. DeChambeau fashions himself an artist as much as a scientist, and this week, with his mind working overtime, he will test that theory. Because he sure didn’t look artistic as he stood in front of the 12th green, nipping dozens of short pitch shots off an upslope, all in rapid succession. Over and over again he clipped little shots, swapping out different wedges and discussing the varying results with his equipment rep. This continued for five minutes, consuming his short-game practice time for all but three putts.

The only difference in the wedges? The bounce. There wasn’t a massive difference between the two – there never is – but just enough, he said, that could glide through the turf easier. He went through all of that work, burned all of that brainpower and he said he will probably just use his regular gamer.

At the end of rounds this week, he figures to be near exhaustion.

We’ll find out soon whether Big Bryson is ready to tussle.