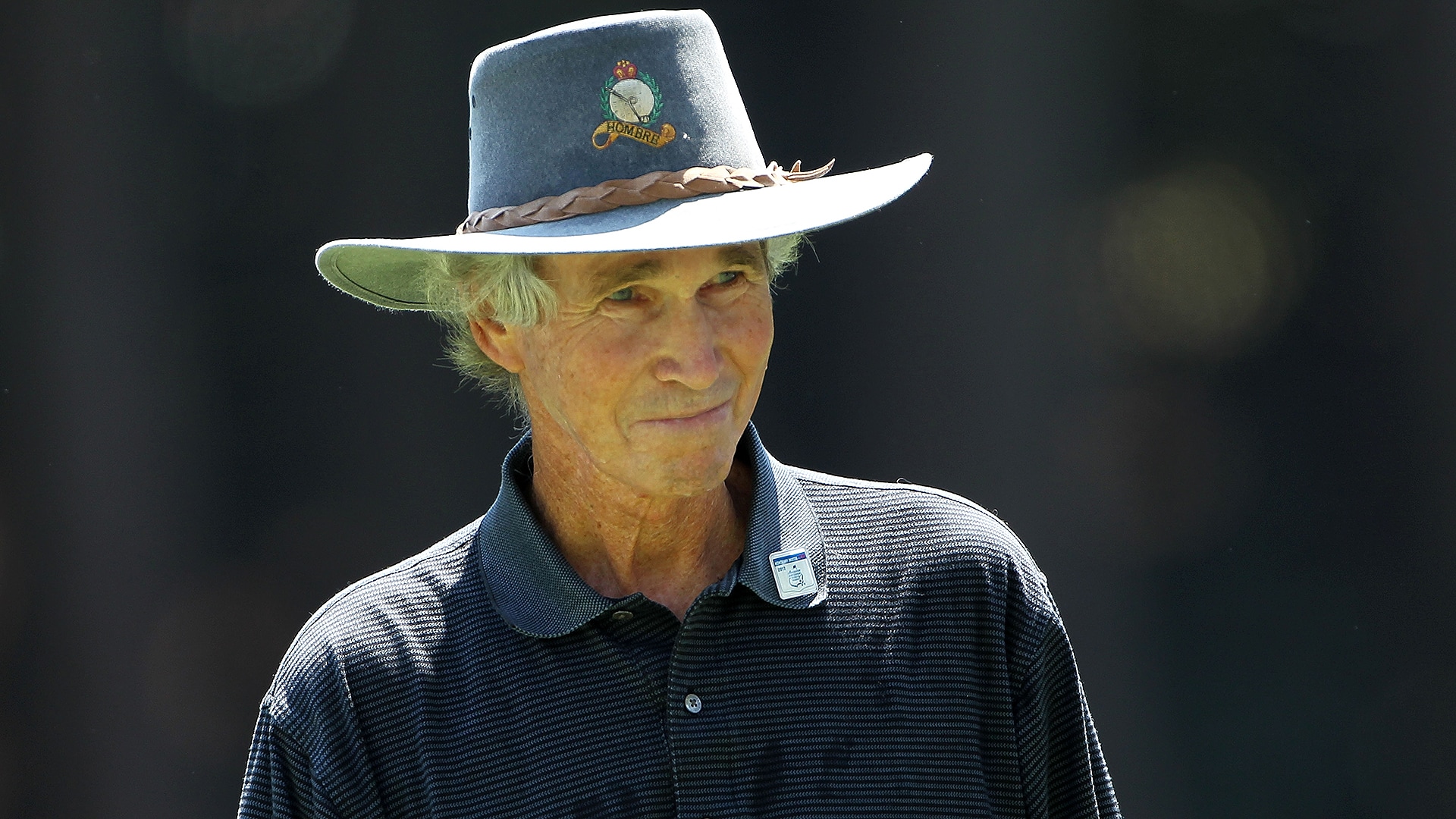 Hubert Green, a World Golf Hall of Famer who won 19 times on the PGA Tour, including the 1977 U.S. Open and 1985 PGA Championship, died Tuesday from complications following a lengthy battle with throat cancer. He was 71.

A remarkably consistent player, Green used his distinctive swing to finish in the top 25 in a third of the PGA Tour events he entered. He also played on three Ryder Cup teams (1977, 1979, and 1985) and was undefeated in singles play.

A native of Birmingham, Ala., Green graduated from Florida State University in 1968. While at FSU, he won the Cape Coral Intercollegiate tournament by eight strokes and the Miami Invitational, the nation’s largest collegiate tournament, by five strokes. He turned pro in 1969, earned his Tour card in 1970 and was named PGA Rookie of the Year in 1971.

Green's first PGA Tour win was the 1971 Houston Champions International, in which he beat Don January in a playoff. Between 1973 and 1976 he won 10 more times, including a three-week stretch in 1976 when he won at Doral, Jacksonville and Hilton Head.

Green won the 1977 U.S. Open at Southern Hills in Tulsa, Okla., despite being informed of a death threat against him that had been anonymously telephoned to the course. He received the news after putting out on the 14th hole of the final round. He decided to keep playing, and wound up winning by one stroke over Lou Graham.

“Hubert Green was in incredible competitor whose tenacity on the course defined his playing career," USGA CEO Mike Davis said in a statement. "His 1977 U.S. Open win under extreme circumstances was the definition of grit and perseverance – the true mark of a champion. We are saddened to lose him among an elite group within our U.S. Open circle. We extend our deepest condolences to his family as we celebrate his incredible accomplishments today.”

A seldom-remembered fact about Green: he finished third behind Tom Watson and Jack Nicklaus in their 1977 "Duel in the Sun" Open Championship at Turnberry. He was 11 strokes behind winner Watson.

Green won his second major championship in 1985, taking the PGA Championship at Cherry Hills. By a margin of two strokes, he denied Lee Trevino's bid to win back-to-back PGAs. It would be Green's last win on the PGA Tour. Afterward, Trevino praised his opponent, saying “He’s a great sand player and probably the best chipper we’ve got. Every time he got into trouble, he chipped it close to the hole.”

“The PGA of America is deeply saddened by the passing of Hubert Green, who epitomized what it is to be a champion within the boundaries of a golf course and then extend that spirit to bravely face all of life’s challenges," Suzy Whaley, PGA vice president, said in a statement. "For more than 40 years, Hubert was a celebrated member of the PGA family. His joy in playing golf spread to giving back to others and setting a standard of what it means to cherish life’s daily blessings. Hubert said that he never judged his career against others. ‘I was just playing golf.’  If we can draw from Hubert Green’s example, we all will have a life well played.”

Green joined what is now known as the PGA Tour Champions in 1997 and went on to win four times, the first win coming in 1998 in his hometown of Birmingham.

Green was also involved in golf course design, including courses such as TPC Southwind,  Reynolds Plantation in Greensboro, Ga.; and Greystone Golf & Country Club in Birmingham.

Green was diagnosed with stage-four throat cancer in 2003. Treated with chemotherapy and radiation, he continued playing golf. In 2005, he was named the Champions Tour's Comeback Player of the Year. He also received the Ben Hogan Award at the Masters that year. In 2007 he was inducted into the World Golf Hall of Fame.

Jack Peter, president of the World Golf Hall of Fame, issued a statement reacting to the deaths of both Green a five-time Open champion Peter Thomson:

“It is with great sadness that we report that two of our beloved Hall of Famers, Peter Thomson and Hubert Green, passed away yesterday.

"Peter was inducted in 1988, and was a true titan of the game. A five-time winner of the Open Championship, he was a favorite son of Australia, and respected around the world not just for his accomplishments on the course, but for the way he carried himself off the course as well. ... Hubert was inducted here in St. Augustine in 2007, and was a dominant force on the PGA Tour in the 1970s and early '80s. ... We will forever remember both Peter and Hubert within the World Golf Hall of Fame.”

Green is also remembered for his philanthropic efforts. Over the years he participated in hundreds of charity tournaments and community fund-raising events that supported a wide range of causes including childhood cancer, united cerebral palsy, and other illnesses.