'I could hardly see': Atkins earns RSM spot in Monday-qualifier playoff ... in the dark 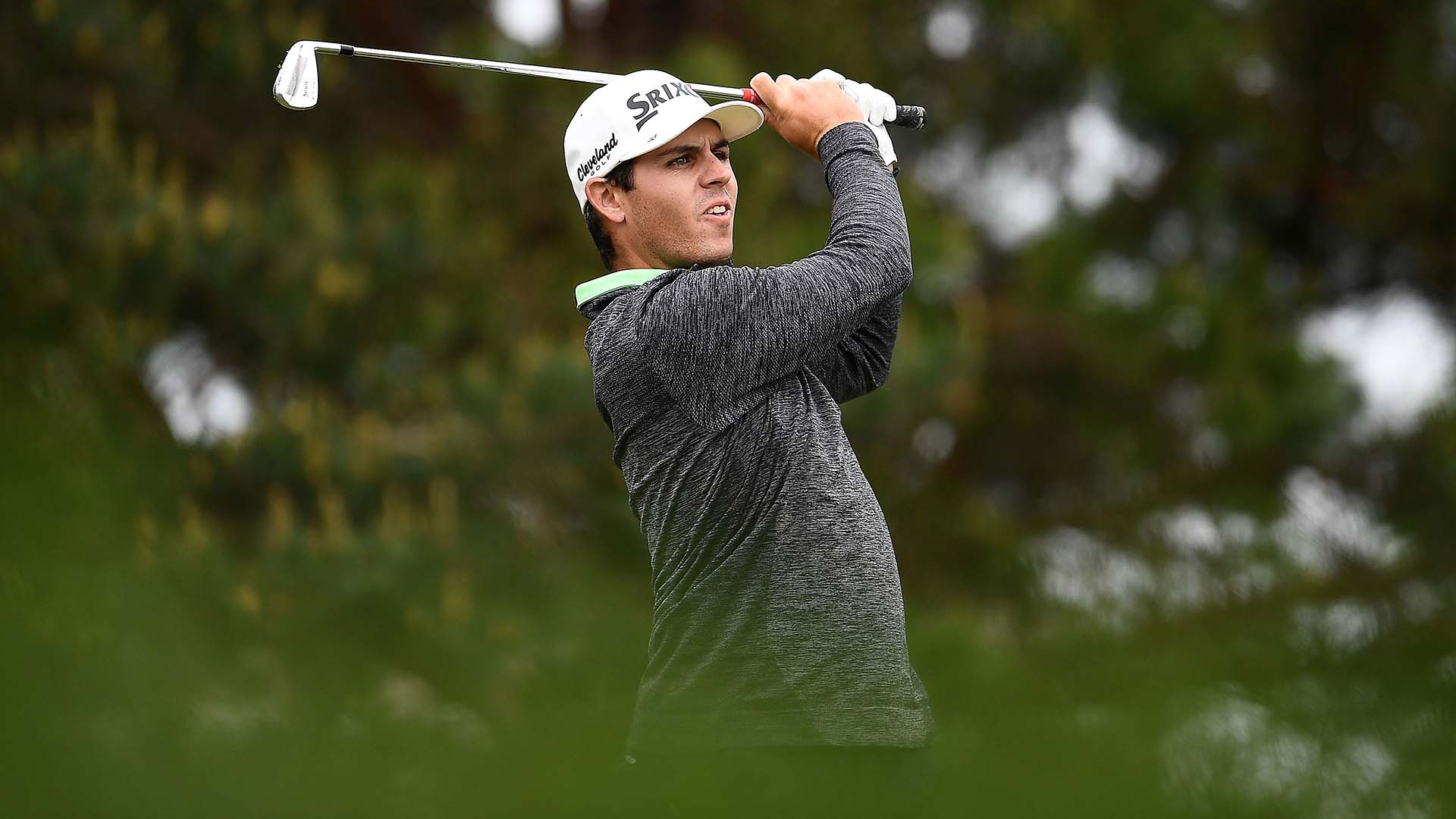 It wasn’t until he saw the video of his winning putt that Matt Atkins realized just how dark it was.

“I’ve finished in the dark before,” he said, “but nothing like this.”

Atkins outlasted Luke Guthrie in a three-hole playoff, which culminated in essentially pitch blackness Monday night at Brunswick (Ga.) Country Club, to grab the final qualifying spot for this week’s RSM Classic. Needing a truck’s headlights to illuminate the hole on the ninth green, Atkins holed a 4-footer for par just after 6 p.m. ET, nearly 40 minutes after sunset.

“It was definitely pretty wild,” Atkins said. “In the moment it didn’t seem like it, I was just going with the flow, but looking back, this is going to be something I remember forever.”

Atkins teed off at 9:20 a.m. and fired a 5-under 65. He then waited around as Cole Miller, Kyle Reifers and Jiinho Chung each shot 64 to grab three of the four spots, leaving Atkins among seven other players to duke it out for the final ticket to Sea Island Golf Club.

The playoff started about 15 minutes before the 5:26 p.m. sunset, and the eight players were split into two groups to play the par-4 first hole. Guthrie birdied to eliminate Andrew Novak, Jordan Niebrugge and John VanDerLaan, all former decorated college players.

In the next group, Atkins and Adam Svensson stayed alive with birdies while Erik Barnes and A.J. Morris did not.

“It was light enough to play the first hole and then it just seemed like it got dark so quick,” Atkins said.

When the second group finished, Guthrie was waiting on the tee at the next playoff hole, the par-3 eighth.

“I’m down to play one more,” Atkins said to Guthrie and Svensson, who both agreed.

“At this point, you can see the ball when it’s hit, but you can’t see the result,” Atkins said.

Svensson ended up three-putting for bogey to bow out while Guthrie and Atkins advanced to the par-4 ninth with pars. Again, all involved agreed to press on.

“It was pretty dark,” Atkins said. “Realistically, we should’ve just stopped. … But we were fully invested, both of us, in playing that hole.”

Guthrie found the fairway with his tee shot. Atkins ended up in the right rough.

“I get over my ball and I’m having a hard time seeing the ground,” Atkins said. “I’m thinking to myself, ‘Just make solid contact.’ You’re relying all on your repetition and the feel of it all, and I’m a very visual player. … I could hardly see Luke and he was only about 25 yards from me.”

Somehow, both players hit their approach shots on the green to a back-left pin, Atkins landing front-middle and Guthrie finding the right side, about pin-high.

That’s when someone pulled a truck up to assist the players (there was no luxury of floodlights like players had two weeks ago at the European Tour event in Turkey). Guthrie putted first, rolling his birdie try 6 feet by. Atkins then tugged his, ending up about 4 feet away and on a similar line as Guthrie’s ball.

After Guthrie missed his par putt, Atkins crouched down to line up his ball with the line he draws on his ball.

“But it was pretty much useless,” Atkins said.

Atkins said he often struggles with lifting his head on short putts to watch them go in, which causes him to miss on occasion. He didn’t have that problem Monday night, instead hearing the ball drop as the first indicator that he had made it – and ended the most bizarre playoff that he had ever been a part of.

“I was excited and happy that I qualified,” Atkins said, “but I felt bad because you hate to see anybody lose or not advance in that kind of fashion because it was an extreme situation.

“But what a cool experience regardless of the result. What a cool thing to be a part of.”

Now, Atkins will have to regroup for Thursday’s opening round of the RSM Classic, where he made his PGA Tour debut in 2015 – after Monday qualifying. (He made the cut and tied for 63rd that year.)

It was also at Sea Island, in 2017, where he missed the cut by one shot despite making just one bogey in two rounds. The misfortune dropped Atkins to the bottom of the rookie re-shuffled, and he lost his card after the season. This past season on the Korn Ferry Tour, the 28-year-old Atkins played out of the past-champion category and finished outside the top 100 in points.

The year wasn’t all bad – he and his wife welcomed their first child, a girl, in July – but Atkins will likely only get a handful of starts on the KFT next year.

Which is why what Atkins did Monday night, securing a valuable spot in a Tour event, was so important.

“All you need is one,” Atkins said. “Obviously, the goal is to give yourself as many opportunities as you can to have success, but it only takes one.”