Poulter gets aggressive, fires 62 to lead at Firestone 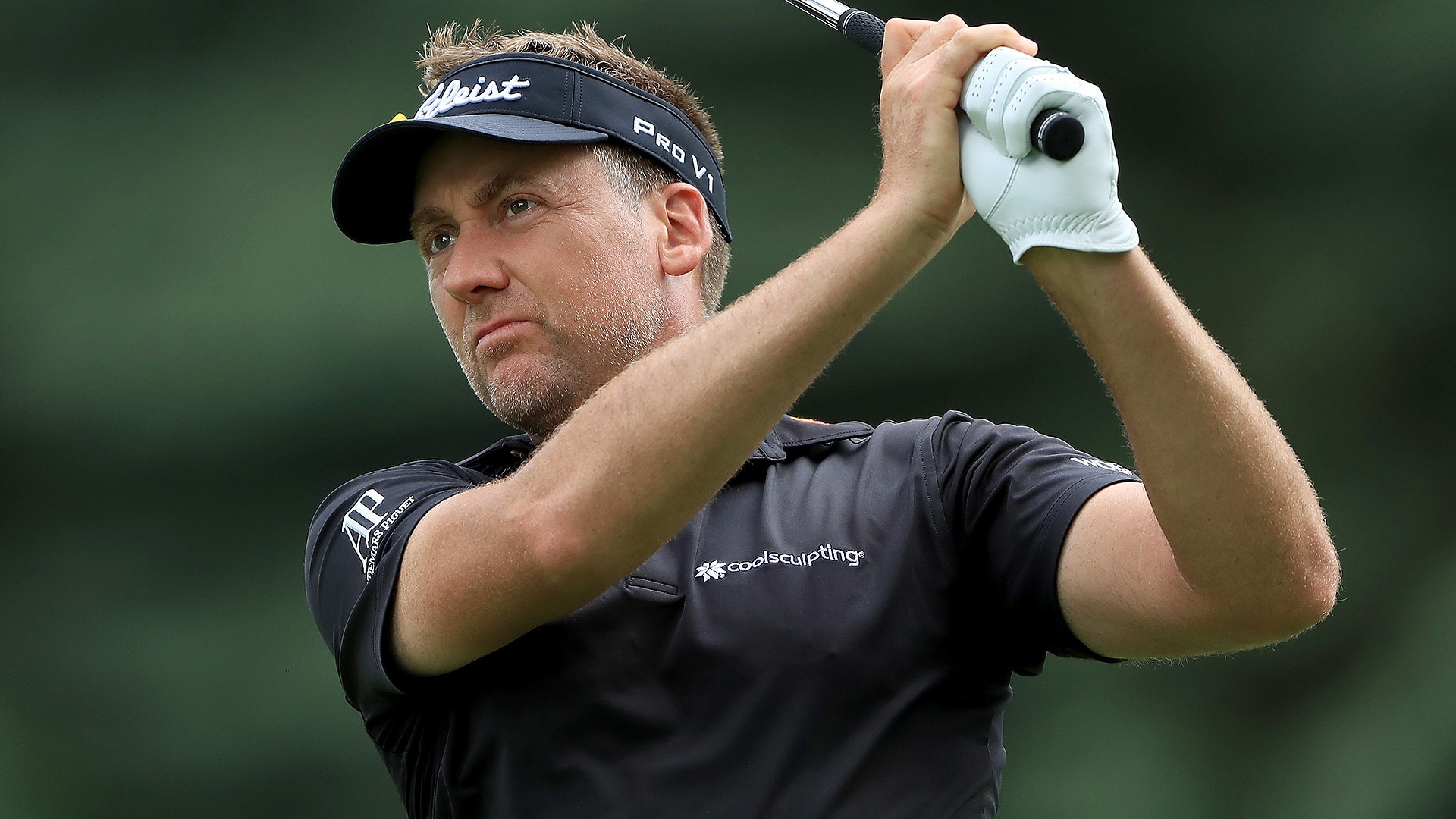 AKRON, Ohio – Ian Poulter was annoyed upon realizing he had never finished better than 13th at Firestone, so he took a step toward doing something about it Thursday with an 8-under 62 and a one-shot lead in the Bridgestone Invitational.

Tiger Woods found himself fighting his swing. He settled for a 66.

Such was the difference of two players with vastly different memories on the stout South course at Firestone.

Woods is an eight-time winner, already a PGA Tour record for most victories on one course. Back at this World Golf Championship for the first time in four years, he made a 50-foot birdie putt and two other long putts to offset some average iron play.

Poulter is playing Firestone for the 14th time, and he came across a sheet showing his yearly results. At least he hasn't missed the cut, mainly because there is no cut at these tournaments. He tied for 13th his first year, 10 shots behind. It never got any better.

''Yeah, it fires me up,'' Poulter said after saving par from a bunker on his last hole for a bogey-free round. ''It's frustrating to look at. I actually thought I had a better finish than that, so it really annoyed me. ... I wrote them all down, they were that bad. I was like, 'Seriously, how can you play a good golf course this many times and not really have a result?' So not to even finish in the top 10 is pretty poor.''

It's just a start, but it was a good one.

His 62 matched the lowest first-round score at Firestone, first set by Adam Scott in 2011, and it was one off the course record for any round.

Rickie Fowler and Kyle Stanley each had a 63, while Jon Rahm, Si Woo Kim and Patrick Cantlay were another shot behind. Seven players were in the group at 65, which included Rory McIlroy, Justin Thomas and Jason Day.

Poulter missed a 10-foot putt on No. 8, his second-to-last hole. He was in no mood to quibble.

''If you would have offered me this at the start of the day, I would have snapped your arm for it,'' he said. ''Yeah, we can be greedy and say I'd love to have holed that putt on 8 to have tied the record. But 8 under par's a pretty decent round for me around this golf course.''

Woods seems to put together decent scores even when he feels his game is slightly off.

''It's nice to shoot rounds like I did at the Open and like I did today, put together rounds where I may not feel the best, but I'm able to post a score,'' Woods said. ''That's how you win golf tournaments. You're not going to have your best all four days, and it's a matter of that bad day being 2-, 3-under par instead of being 2-, 3-over par. And then everyone has their hot days.''

Woods is coming off a tie for sixth at the British Open, where he had the lead for about 30 minutes in the middle of the final round until he fell back with a double bogey. He took a vacation in Switzerland and showed up at Firestone for nine holes of practice on Wednesday.

But he knows this course as well as anyone.

This is the final year for the World Golf Championship at Firestone. It moves to Memphis, Tennessee, next year.

McIlroy played in the group ahead of Woods and struggled to get the ball in play over the first half of his round. He figured it out, which he had to on a day like this.

''You can't find this golf course any easier than we had it today,'' McIlroy said. ''It's soft. It's probably the softest I've ever seen it. ... So you needed to take advantage of the conditions today. It looked like most of the guys have done that, which is good.''

Not all of them.

Jordan Spieth was 3 over through 14 holes until two late birdies allowed him to salvage a 71. Dustin Johnson, the world's No. 1 player coming off his third victory this year at the Canadian Open last week, could only manage a 69. In his first start since winning The Open, Francesco Molinari had a 70.