Poulter goes above and beyond to make up for schedule violation 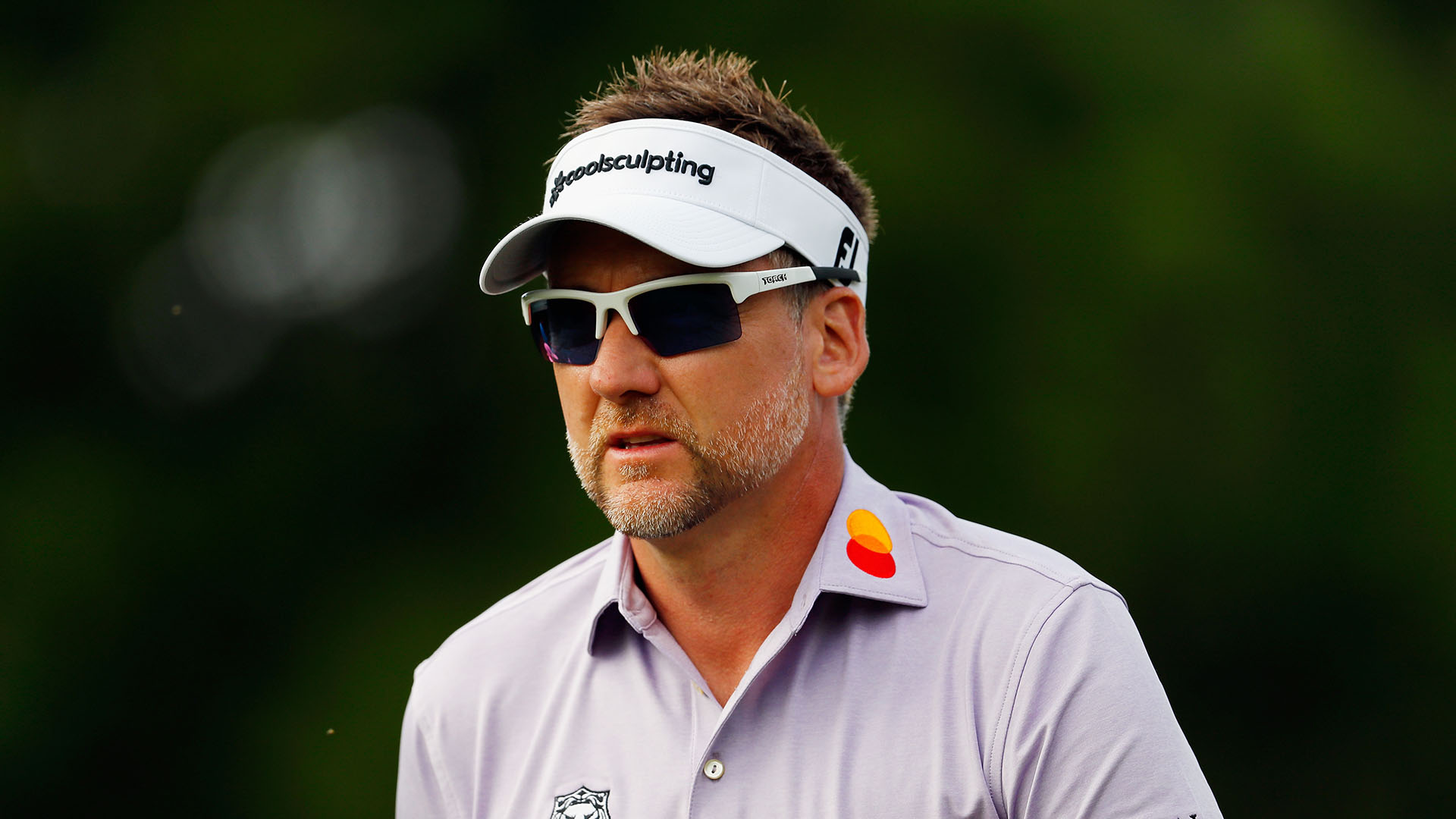 That would be a most literal interpretation of the penalty.

And it only tells part of the story of how Poulter chose to make up for missing a tournament he was supposed to play.

Along with adding two tournaments he had not played in the last four years — one of them, happily, was the winners-only field at Kapalua — Poulter hosted eight tournament guests for a round of golf at his home club in Florida, lunch and a tour of the house where he keeps his Ferraris and Ryder Cup memorabilia.

“I would say it was beyond what we would consider an acceptable make-good,” said Andy Pazder, the tour’s chief officer of tournaments and competitions. “To do what he did ... was just terrific.”

The violation was failing to play a tournament where he had not been in the last four years.

What got Poulter into this position was winning.

The PGA Tour has a policy that players who don’t compete in 25 events must play a tournament where they haven’t been in the last four years. Life members (20 or more tour victories) and veterans (45 years or older) are exempt. Poulter is neither.

The policy wasn’t a problem until the 42-year-old from England won the Houston Open. Suddenly, he was eligible for the Masters. His movement in the world ranking got him into the U.S. Open and British Open. The victory took him to No. 20 in the FedEx Cup, all but assuring him at least three playoff events. And it put him squarely in the mix to make the Ryder Cup team for Europe.

“Winning was going to put me in default,” Poulter said.

Jordan Spieth also violated the policy when he didn’t reach the Tour Championship, and it received plenty of attention because the three-time major champion carries plenty of star power.

Poulter, however, was the first culprit, and he saw it coming not long after his Houston victory. He met with the tour at Hilton Head a week after the Masters.

“I told them, ‘How do you want to go about it?’ I’m going to be the first person, and it’s going to be sensitive,” Poulter said. “I want to give something back so I can fulfill an obligation.”

The actual penalty is unclear, and it was badly misinterpreted, especially relating to Spieth.

It falls under the “major penalty” category, which is a fine of at least $20,000 and suspension from more than three tournaments. But that’s ridiculous. Why punish a player for not playing enough tournaments by making him sit out even more?

Besides, the commissioner has the final say on any tournament regulations.

Poulter told the tour he would be at the Sentry Tournament of Champions for the first time since 2013 (it had been that long since his last tour victory), and stay an extra week for the Sony Open.

“That would tick two boxes,” he said.

And then he offered a day with tournament guests. The Wyndham Championship was one Poulter could have played under normal circumstances, but that would have given him nine straight weeks leading up to the Ryder Cup.

So he let Wyndham select who they wanted to send to Orlando, Florida.

“We had a great time,” Poulter said. “I played nine holes with each group, we had a bite to eat, and a few of the guys wanted to see the car museum and my Ryder Cup office-homage. I took them through that.”

He built this “museum” as part of a guest house so it could serve as corporate entertainment and charity functions, and this served the purpose.

Poulter says some of the guests were pure “petro heads” who can’t get enough of the cars. They all like golf, and his office is all golf, mostly the Ryder Cup.

That includes a text message that European captain Jose Maria Olazabal sent to Poulter on Christmas Day in 2012, three months after Poulter nearly single-handedly led Europe on a comeback victory at Medinah. He framed the text on a silver board. He won’t say what the message is.

“They get to see that when they’re there,” he said.

There are Ryder Cup trophies (five of them for Poulter), letters from Arnold Palmer, 60 tour bags filled with clubs that he has used in his 20-year career, notes from when he taught juniors as a fledgling club pro in England, and yardage books from a few significant moments.

“The report we got back was it was an exceptional day,” Pazder said.

And so Poulter has paid his dues, devoting some eight hours of his time — and his home — to guests of a tournament he didn’t play. And he is in Hawaii for two weeks.

Note: Ferguson is a golf writer with the AP.