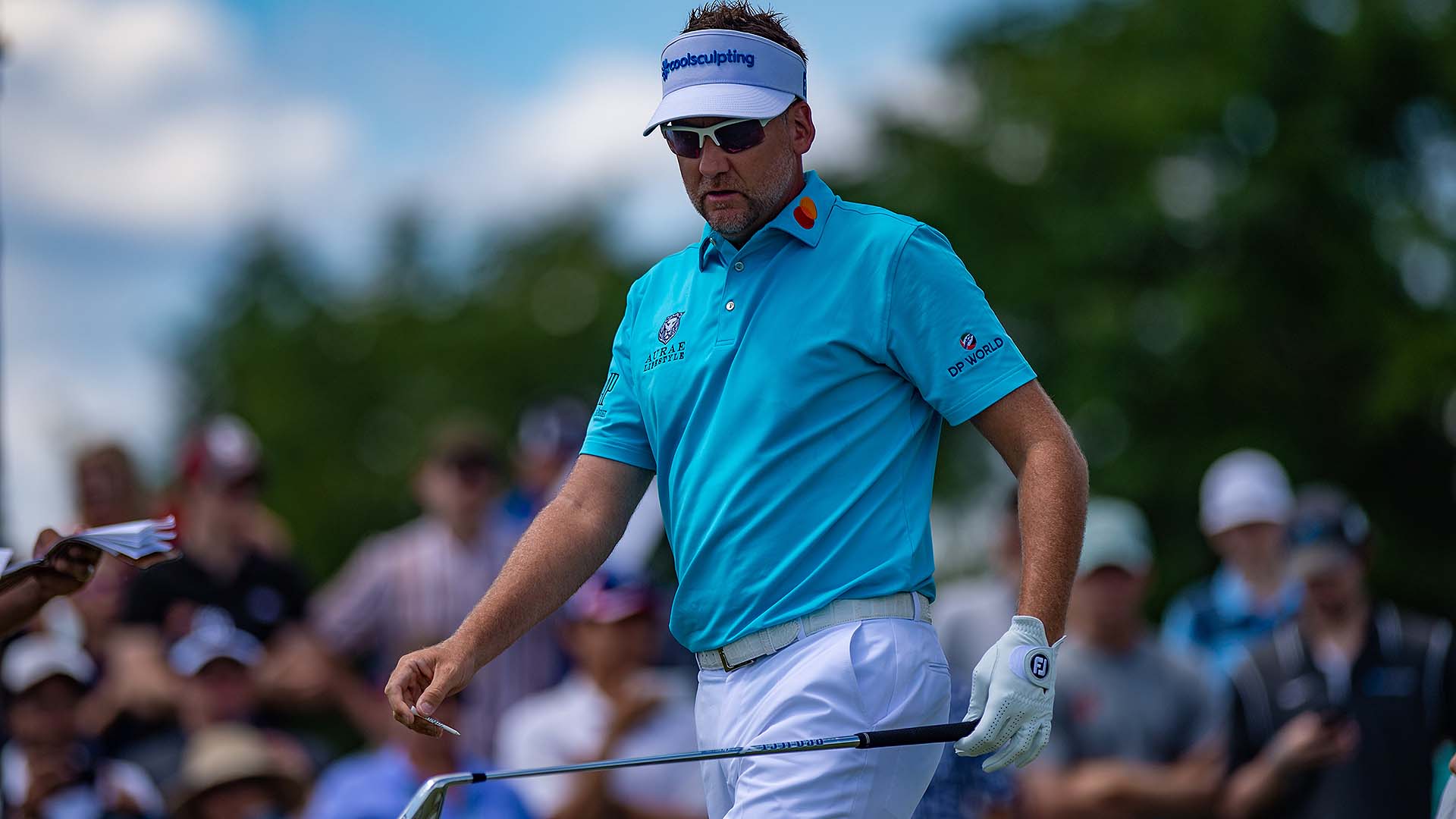 MEDINAH, Ill. – Ian Poulter has never been to the Tour Championship, but he’s hoping that a return to the site of one of his career highlights will be just what he needs to punch his first ticket to East Lake.

It was seven years ago at Medinah Country Club that Poulter put the 2012 European Ryder Cup team on his back, sparking a Saturday night surge that led to an improbable comeback the following day. The Englishman was reminded of his steely gaze and fiery antics immediately upon returning for this week’s BMW Championship.

“It was quite nice yesterday when I pulled up and sat down to register and looked behind the desk that I was signing and obviously there’s that shrine of memorabilia there from all the events that have been at Medinah in the past,” Poulter said. “Just walking in the locker room, remembering the sing-song, the chants, the hug with Ollie, where my locker was. The memories start flooding back on what was an incredible week.”

Poulter’s relationship with the Tour’s postseason is more bittersweet than his memories of those 2012 matches. Ten years ago he left nearby Cog Hill in essentially a tie for 30th, failing to advance to the 30-man season finale by a fraction of a point. He hasn’t gotten any closer since, narrowly retaining his Tour status in recent years before breaking through for a victory at last year’s Houston Open.

Poulter enters this week 43rd on the points list, thanks in part to six top-10 finishes - including a T-10 result last week at The Northern Trust. He’ll need another top-10 finish to have a chance to advance to Atlanta according to Tour projections, but he remains optimistic that there’s still a bit of Medinah magic coming his way.

“I know I haven’t made it, and I know I’d like to get there because apparently the course is one that should suit my game,” Poulter said. “So I’m (No.) 43, I’m in the same position I probably was at Cog Hill where I need to do some work to make it there, and this is hopefully a good venue for me to obviously make my first appearance at East Lake if I play well enough.”