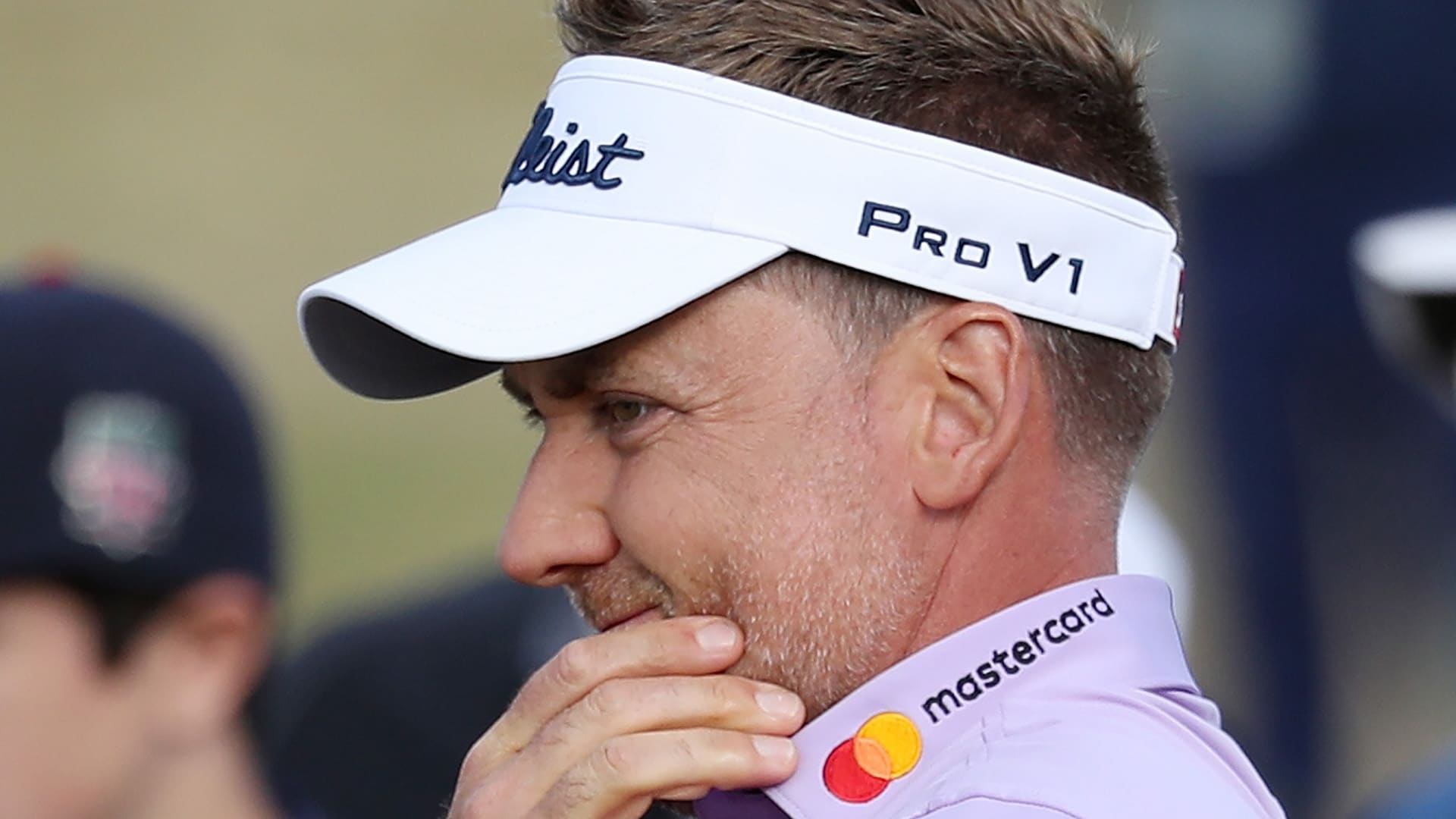 SOUTHAMPTON, N.Y. – There was only one thing on Ian Poulter’s mind Friday as he sped toward the flash area behind the clubhouse at Shinnecock Hills.

“Gonna hit a few 7-irons, Jimbo!” he called out to caddie James Walton, who was already lugging the bag toward the range.

“Do you want your sweater,” Walton replied with a chuckle, “or are you hot enough?”

Poulter was steaming, all right. After making three birdies in a four-hole stretch, he had pulled within one shot of Dustin Johnson’s lead on a surprisingly benign afternoon at the U.S. Open. Then he made triple bogey on the par-4 eighth hole, his 17th of the day, and couldn’t get up-and-down on No. 9 and dropped another shot. The faulty club both times: 7-iron.

“It’s easy to dwell on the last couple of holes,” he said afterward, “but I’d prefer to look at how I played for 16 holes.”

And for that stretch, he looked like he might actually be ready to win a major. As recently as two years ago he seemed destined to be known only for his histrionics in the Ryder Cup, a match-play ninja who couldn’t summon the same energy or sublime play in the events that define careers. That perception started to shift at the 2017 Players, where he finished second, and then continued with a solid start to last year’s Open, where he sat third after 36 holes and eventually tied for 14th.

In two of his last four majors, Poulter has been in the best halfway position of his career.

“I feel confident about my game, where my game is,” said Poulter, who captured the Houston Open in April for his first Tour victory since 2012. “I just need to make sure I don’t make any silly little mistakes.”

Poulter has been a horrible U.S. Open performer historically, with only four top-25s in a dozen starts, and he had particularly poor memories of Shinnecock. It was here that he made his first career Open appearance, in 2004, when he shot 74-72 and was sent packing.

“It’s not very enjoyable when you’ve worked for a few decades to try and make one and then you do and go home early,” he said. “It’s miserable.”

Just as it was miserable to sit at home and watch the Open the past two years, either because he was injured or unable to qualify on his own.

“That’s why I’ve got the attitude this week of a little bit carefree,” he said. “Just go out, play golf and try and enjoy it.”

Fortunately for him, there’s been much to savor, from his stellar driving that has kept him out of the hay to his back-nine burst that scared Johnson’s lead. Even the weather has worked in Poulter’s favor.

As he whipped up his scrambled eggs and bacon Friday morning, he looked out the window and saw that it was downright miserable. Cold. Gusty. Spitting rain. But by the time he pegged it for his second round, it was sunny, 70 degrees and windless.

“It’s a tough one to take when you are on the other side,” Poulter said. “But you know what? I wasn’t, and I’m going to enjoy this.”

At least as long as he doesn’t reflect on his finish.

One shot off the lead, and beginning to strut, Poulter got too aggressive with his 7-iron approach into 8 and tugged his shot into the bunker. Two holes earlier, he’d stood awkwardly outside of a greenside trap and played a nifty shot to save par. This time, he bladed his third shot 30 yards over the green, then flubbed his fourth into the fescue and couldn’t reach the green with his fifth. He walked off with a triple-bogey 7.

“It’s easy to talk about it and dwell on it and chew it over,” he said. “When you’re out of position on this course and you’re trying not to make another mistake and another mistake, it just looks really stupid. I felt stupid knifing the first one. I felt even more stupid semi-chunking the next one, and I didn’t do much better on the next one either. So maybe it makes a few people happy out there that we kind of mess up just as good as everyone else.

“I think the best outcome for me is to put it out of my mind and to look at the position I’m in for this weekend.”

And that’s in a share of fourth, five shots back of Johnson, in one of the best halfway positions of his career.

Never short on confidence, Poulter sounded like a man ready to at least give the world No. 1 something to think about over the weekend.

“My game is good enough, I know that for a fact,” Poulter said.

Now it’s time to prove it.