If you like big putts, watch these from Jon Rahm, Dustin Johnson 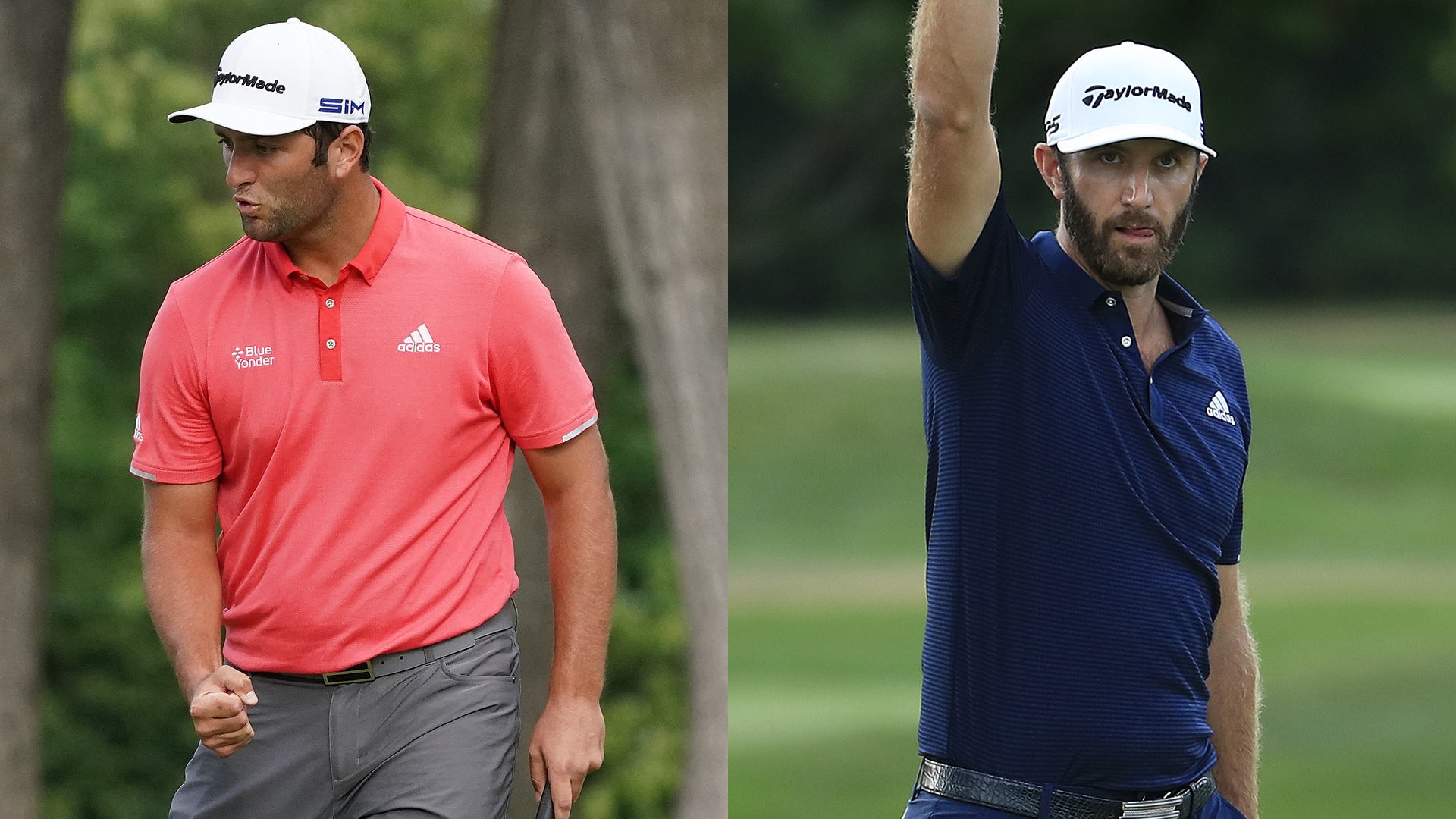 How about that finish?!

Jon Rahm and Dustin Johnson combined to deliver some late fireworks Sunday at Olympia Fields. Johnson birdied the final hole to force a playoff at the BMW Championship before Rahm one-upped his competitor with a long birdie make of his own on the first extra hole to win the title.

Rahm took the clubhouse lead at 4 under after closing a difficult scoring week in 6-under 64. But Johnson gave himself a chance to win back-to-back playoff events by leaving himself 43 feet on the par-4 18th hole. And from the top shelf, Johnson holed the difficult putt to deny Rahm a win in regulation.

"I played an unbelievable putt, got in the playoff," Johnson said, "and then Jon made an even more ridiculous putt on top of me."

With Johnson giving himself a lengthy look at birdie after his drive hit a tree and kicked back into the fairway, Rahm found the back-left part of the 18th green in the playoff. From 66 feet away, Rahm just tried to pick out an aim point and give it proper speed.

"Honestly, I hoped it would be a decent putt for par coming back and have a chance to keep the playoff going," Rahm said. "Luckily, it looked really good on the way and when it had 10 feet to go it was tracking beautifully. I could hardly believe it."

Johnson had a chance to extend the playoff, but his birdie try just missed.

"I was fully confident it was going to come into a playoff and hoping to win it," added Rahm, who won in similar fashion at Torrey Pines two years ago. "Never did I think I would make another 50-, 60-footer – a couple of breaks in there – to end up winning it."