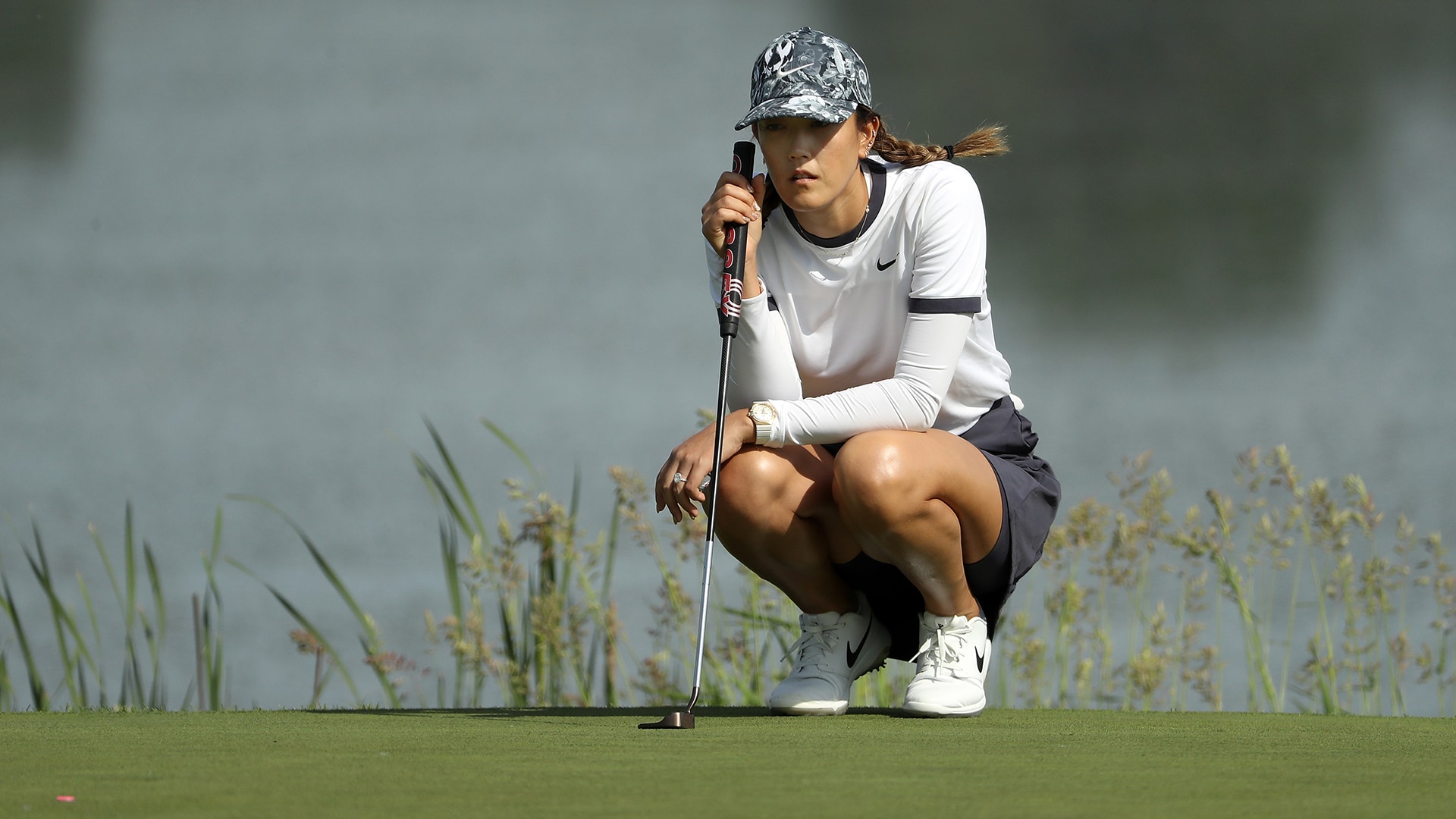 CHASKA, Minn. – We don’t know when Michelle Wie’s body will finally tell her enough is enough.

She doesn’t either, but she finally acknowledged she is beginning to hear a dreaded whisper.

After struggling through a 12-over-par 84 Thursday, Wie broke down in tears speaking to reporters on the front steps of the Hazeltine National Golf Club at the KPMG Women’s PGA Championship. She played holding an ice bag on her ailing right hand between most shots.

The tears weren’t about her score. They were about her facing her mortality as a pro, the fear she fights with this latest injury, that the avulsion fracture, bone chips and nerve entrapment she had surgically repaired last fall might not allow her to continue to play a game she is so passionate about.

Wie doesn’t know that, and we don’t either, but the possibility became more real with her words and with the tears they brought.

Say what you want about Wie’s career, she loves the game and she loves to compete.

The incipient sense that she might lose that overwhelmed her in a vulnerable moment.

“It’s hard,” Wie said. “It’s just one of those situations where I’m not, you know, entirely sure how much more I have left in me, so even on the bad days, I’m just trying to enjoy it. But it’s tough.”

Wie couldn’t continue after that. Her voice faded as she wiped tears from her eyes and excused herself.

We don’t know where Wie goes from here. We don’t know if she’ll be on the first tee Friday for the second round, but now we better know the ache she endures with all these injuries piling up, the fear she has obviously been fending off since undergoing a surgery that even her allies worry might be career ending.

Wie has endured neck, back, hip, knee and ankle injuries over the years, but the hands? It’s like a concert pianist hurting her hands.

Wie, who turns 30 later this year, is arthritic in both wrists. Last year, doctors told her they couldn’t give her any more cortisone shots. She began resorting to collagen injections, instead. She has been doing everything she can to get back, including laser therapy and compression therapy.

David Leadbetter, Wie’s swing coach, has cautioned Wie that he doesn’t want to see her push her body to the point that an arthritic condition affects her life after golf. He sees how happy she is in her larger life. She’s engaged to be married to Jonnie West, the Golden State Warriors director of basketball operations and son of NBA legend Jerry West. She loves to paint. He imagines she’ll have a family someday, too.

“You don’t want an injury to affect the rest of your life,” Leadbetter said earlier this year.

Leadbetter isn’t afraid to tell Wie what she doesn’t want to hear. And while he has been cautioning her to take her time returning to the game, he also cautions the rest of us not to jump to conclusions after Thursday’s round.

Wie has her critics, but Leadbetter sees all the work she pours into her game, despite the injuries that have mounted.

Fellow players have seen it, too.

“Clearly, she loves the game and she's passionate about it,” said Lydia Ko, who played alongside Wie on Thursday. “She's not out there just because she's a professional golfer. She loves it. She loves being out here with the girls, and that's why she goes through the treatments and everything.

“She's an inspiration to all of us and gives us the motivation that nothing is impossible. I think the only thing that stops you from your boundaries is yourself, and she's showing what kind of a class fighter she is.”

After stepping away from the game in April, she didn’t begin making full swings until last week. Leadbetter said she only hit 15 balls on Wednesday and spent most of her time that day chipping and putting. The fact that Wie had ice on her wrist about 15 minutes into Thursday’s round was yet another sign she shouldn’t have been out there at all.

“Over the past few years, she has rushed back from a lot of injuries, and it’s led to more,” former world No. 1 Stacy Lewis said earlier this week. “Michelle’s health, I don't know the specifics, but I'd rather see her take more time and really be a hundred percent when she comes back, so she can be the Michelle Wie that everybody has seen on the golf course.”

Love or loathe Wie, nobody on tour creates the interest in women’s golf that she does.

We don’t know when she’ll write her final chapter, whether a brilliant comeback is in the cards, but a lot of folks who love the LPGA hope Wie’s tearful exit Thursday wasn’t a sign that the end is near.