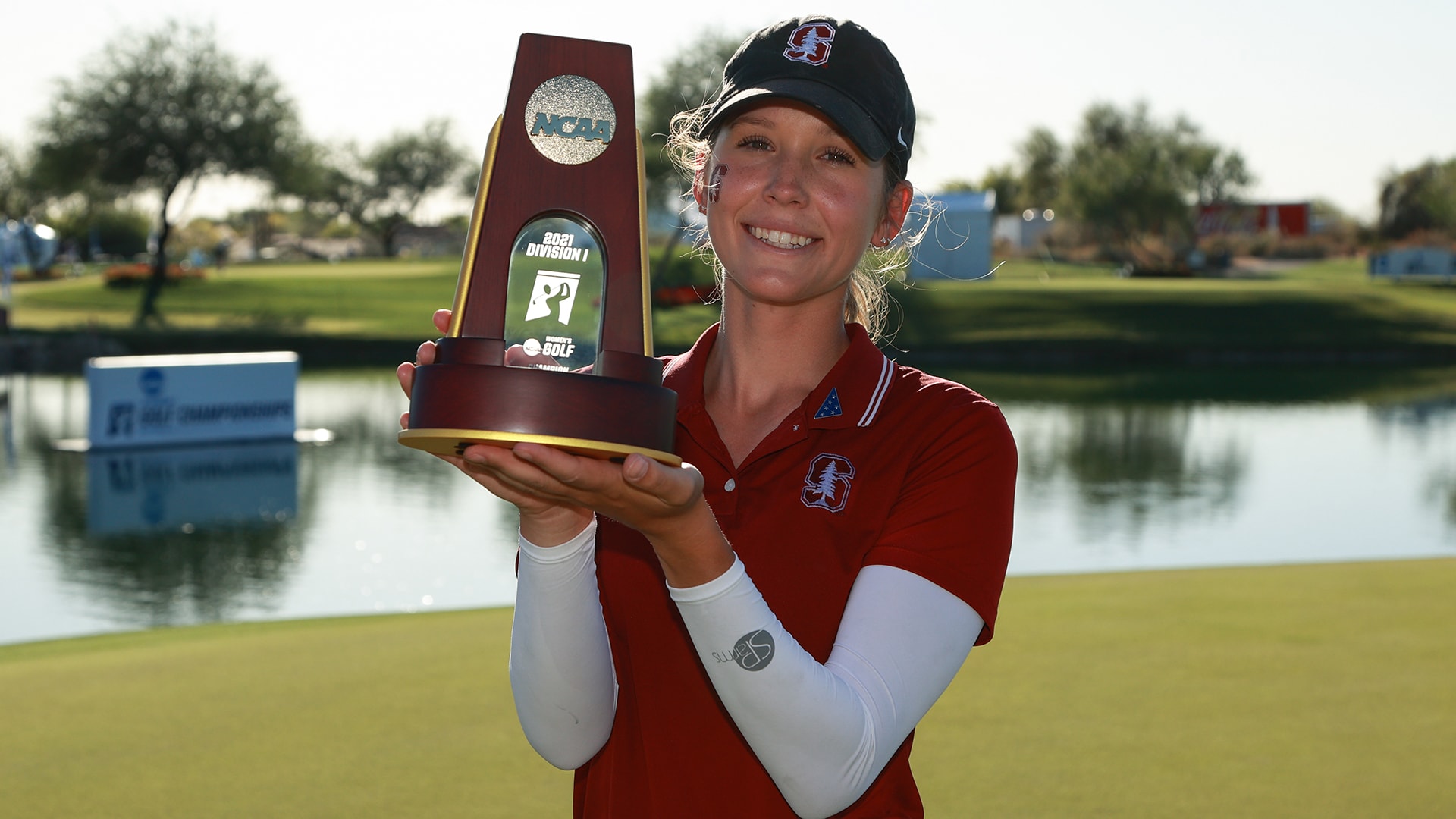 SCOTTSDALE, Ariz. – As she prepared to tee off in one of the biggest rounds of her life, Stanford’s Rachel Heck heard something that caught her attention. It was the name Victoria A. Pinckney, a 27-year-old Air Force captain, wife and mother who died eight years ago in Kyrgyzstan during Operation Enduring Freedom.

Every player in the field during Monday’s final round of the NCAA Women’s Championship represented a fallen U.S. serviceman or servicewoman.

Only one of them wrote down their solder’s name on their scorecard.

“It didn’t surprise me,” Stanford head coach Anne Walker said, “but I also thought that even with the stage as big as it was, how fast I’m sure her heart was racing, everything that she had going on, the fact that she was still present enough, that that was still more important to her, that she went over to get that name and write it down, I’m just flabbergasted.”

Perspective has been one of the main themes during Heck’s sparkling spring run, which continued Monday with the Cardinal freshman winning for the sixth time this season while becoming Stanford’s first NCAA medalist with a one-shot victory at Grayhawk Golf Club.

It wasn’t long ago that Heck was a budding prodigy, an AJGA player of the year and a 15-year-old low amateur at the 2017 U.S. Women’s Open, who struggled to meet unrealistic expectations in the wake of her many accomplishments. It didn’t help that the summer before her junior year of high school she hurt a disc in her back.

“I was playing, hurting and putting so much pressure on myself,” Heck said. “I was nervous every time I stepped out on the course – and not a good nervous. I thought if I don’t play well, then I’m a failure. I’m supposed to be the best junior golfer, I won player of the year and I’m playing terrible right now, and now when I go home I can’t even practice; now I have to get more injections. My mind was just in a terrible place.”

Added Heck’s mother, Stacy: “She felt like everyone was looking at her like she lost her game.”

But by the time Heck arrived on campus at Stanford – in mid-February thanks to COVID-19 protocols – she was a different person, happy and grateful. She didn’t let numbers on a scorecard define her self-worth, and she enrolled in Air Force ROTC, hoping to one day serve her country while playing on the LPGA.

Her golf benefitted. Heck quickly became not just a leader on her team but one of the best players in the country. She won the Pac-12 Championship, and then regionals, and now the NCAA Championship, joining USC’s Annie Park (2013) and Arizona’s Marisa Baena (1996) as the only players to sweep the Division I postseason. All were freshmen, and Park and Heck did so in their first college semesters.

Heck appeared as if she would win in a desert runaway, building a five-shot lead over teammate Angelina Ye after 54 holes. But when she woke up Monday morning, Heck was the most nervous she’d ever been.

“She had so much pressure on her, let’s face it,” Walker said. “It’s really hard to close big leads like that.”

So, Walker shared with Heck some advice that Tiger Woods gave Stanford’s 2015 squad just before it won the NCAA team title at Concession. Woods told the Cardinal that day that it was a privilege to be nervous, that there were many people sitting at home wishing they were in that position.

More perspective for Heck, who later that morning, with Pinckney’s name in her pocket and memory in her heart, took a deep breath, piped one down the fairway and off she went. She delivered a gutsy performance, fighting through a rocky first 12 holes that included a huge break at the par-5 sixth, where Heck hooked her second shot behind a bush but was able to take free relief from the cart path and avoid worse than bogey.

Heck’s lead eventually shrunk to one, and UCLA’s Emma Spitz had closed in 68 and posted 7 under when Heck stepped on the 18th tee at 8 under. Heck then hit the fairway and left herself 190 yards into the green at the finishing par five.

By the time Heck had reached her ball, Walker had already reminded her star freshman that she was laying up. Heck agreed, remembering a few years ago when she lost the AJGA Thunderbird International Junior by one shot at Grayhawk after hitting her second shot in the water.

Heck wanted to lay up to 65 yards. She settled for 64, and after wedging onto the green, Heck immediately reached down and picked up Walker’s empty water bottle that she had dropped. That gesture, Walker said, sums up Heck perfectly.

“It couldn’t happen to a better person,” said Walker, after Heck calmly two-putted for the victory, which all but locked up the Annika Award as women’s college golf’s player of the year. It also helped Stanford secure the No. 1 seed for match play, which begins Tuesday morning. The Cardinal will face Arizona.

About an hour after the final putt dropped, after the celebratory water-bottle shower, the trophy presentation and the countless media interviews, Heck’s phone rang. It was one of what will likely be many congratulatory calls.

As Heck chatted, Walker and Heck’s parents watched from afar.

“I’m amazed I was able to stay on my feet,” said Robert Heck, who has been anxiously following his daughter all week and plans to caddie for her at next week’s U.S. Women’s Open.

Stacy Heck had arrived at Grayhawk for the final round after attending Rachel’s older sister's graduation at Notre Dame (Abby Heck found out Thursday night that she had been accepted into medical school at Washington University in St. Louis), and she struggled to find the right words while fighting back tears.

Heck, with her infectious smile and laughter, battled similar emotions in the wake of her monumental win. But not because of anything she did.

Instead, it was while speaking to Golf Channel about Pinckney, whom she never knew yet respected so much for making the ultimate sacrifice.

“We’re playing a golf tournament; that doesn’t matter,” Heck said. “These people gave their lives for this country, so I didn’t want to lose sight of that. When I missed a putt that I thought was going in and looked down at my scorecard and saw her name, it kind of brought me back to real life and reminded me of what’s important.”

Perspective, and a little inspiration. 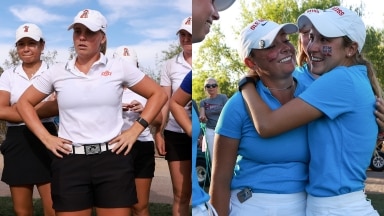 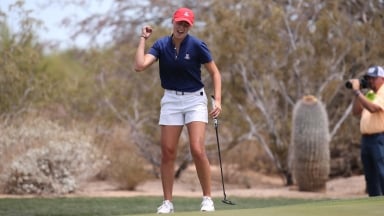 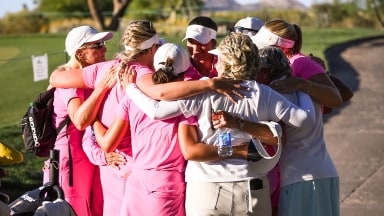