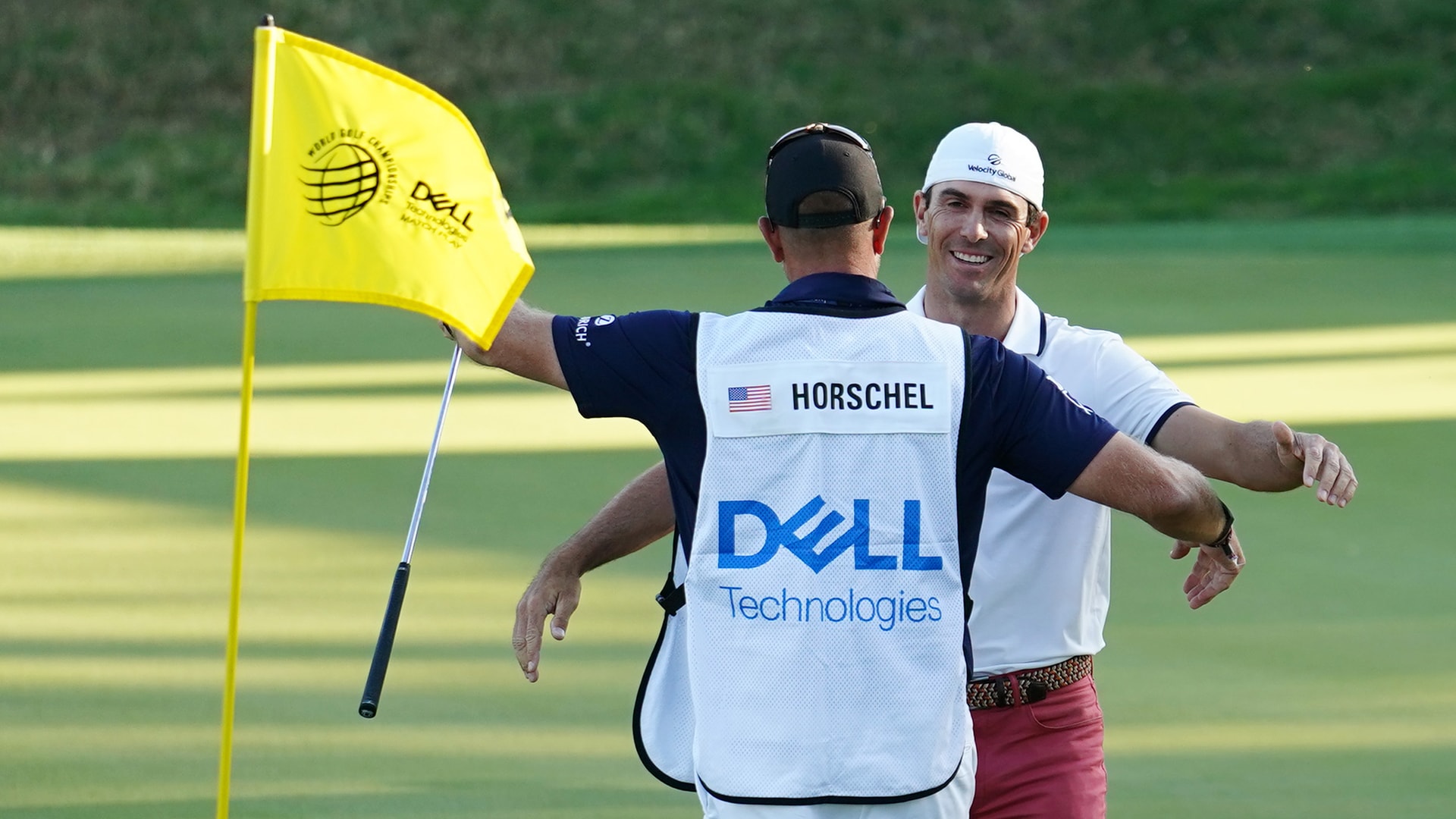 AUSTIN, Texas – The burden of being a perfectionist is that when you don’t feel 100 percent prepared the overactive mind can make you question everything.

Billy Horschel is a perfectionist. It’s no secret. His wife knows it. His swing coach, Todd Anderson, knows it. Everybody knows it, which is why his week in Austin was something of a landmark for the 34-year-old.

A therapist might go so far as to call it a breakthrough because before making his way to the WGC-Dell Technologies Match Play, Horschel spent a week on vacation in Melbourne, Florida, where he grew up doing things he used to do as a child – boating, fishing, hanging out with his family and friends. And no golf.

“I needed it. I needed a little mental reboot and that's what I got,” he said.

The cost for that recharged spirit was a game that after a week on the shelf wasn’t where he would normally want it to be for a marquee stop on the PGA Tour schedule.

“This week I was more or less coming in just trying to have a good week of golf, play well, understand I didn't touch a club for seven days, I didn't do any practice, just try and get in some type of rhythm, see where the game was,” he conceded. “I just had to sort of check myself again Thursday night, and came out with a much better attitude Friday morning.”

Perfection can be an unrelenting critic, but this was different. Grounded by his plight, he pieced things together as best he could on Sunday with Anderson before flying to Texas and he clawed his way out of the pool play rounds despite a second-round loss to J.T. Poston.

“He kind of had a clear head and went into this week knowing he had a week off and if he didn’t play well it would be fine,” Anderson said. “His expectations were in a good place. He told me that he just wanted to keep getting better.”

Had this been a stroke-play event he likely wouldn’t have ended the week holding a trophy. Through the three pool-play rounds Horschel was 5 under. Patrick Cantlay was 14 under over those same three rounds and didn’t advance to the weekend knockout rounds. 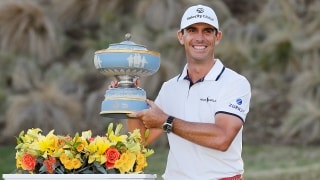 That’s match play and that’s why being good enough, as opposed to an overwhelming need to be perfect, can suffice more often than not.

He was good enough to outlast Max Homa in a three-hole playoff to advance to the weekend. He needed extra holes to beat Tommy Fleetwood in the quarterfinal round and endured blustery conditions in Sunday’s semifinal match against Victor Perez to secure his spot in the finale.

Horschel will tell you there was a measure of luck involved in his march to his first World Golf Championship and his sixth Tour title. There always is when you’ve navigated seven rounds of match play in five days on a quirky golf course. He will tell you he didn’t have his best stuff as the clouds gave way to sunshine Sunday afternoon for his championship bout with Scottie Scheffler, a University of Texas alum and favorite son.

And he will tell you he was good enough. 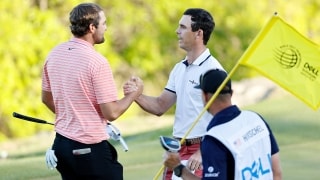 Surrounded by a shade of orange you don’t see on Saturdays in Gainesville and an increasingly partisan, and overserved, crowd Horschel made the most of what he had.

He chipped in on the fifth hole for his only birdie of the round and squandered chances at the par-5 sixth and 12th holes after Scheffler took penalty strokes at both. Scheffler missed a 4-footer for birdie to cut the lead to a single hole at the 14th, launched his drive into a service area at the 15th hole and fanned his tee shot into a wild area at the 16th hole.

“I think this afternoon was probably my worst round out of the last four,” said Scheffler, who arguably had the toughest path to the final with victories over Ian Poulter, Jon Rahm and former champion Matt Kuchar. “I grinded it out. I fought really hard and I just wasn't able to make the putts this afternoon.”

All the while, Horschel plodded along and played prevent defense, doing just enough. In a perfectly apropos ending, Horschel closed out Scheffler with a tee shot to 23 feet and a two-putt par for a 2-and-1 triumph at No. 17. He was 1 over par through 17 holes in the championship match. Scheffler was 2 over.

There's something to be learned in this minimalist style of competing but it might take some time to digest.

“There is a lesson and I'm sure I will be talking with it with my team, about what that lesson is,” Horschel said.

Coming into this week, Horschel told Anderson his goal was to make sure his game is ready for the Masters in two weeks but he left Austin Country Club with so much more. Following his runner-up finish last month at the WGC-Workday Championship Horschel will be among the favorites at the year’s first major championship.

Of course, the other side of those external expectations will be the pressure he’ll probably put on himself. You know the deal, once a perfectionist always a perfectionist. But for one week, he learned that being just good enough can sometimes be perfect.