Jack Nicklaus: Doug Sanders 'deserves to be remembered' for more than '70 Open 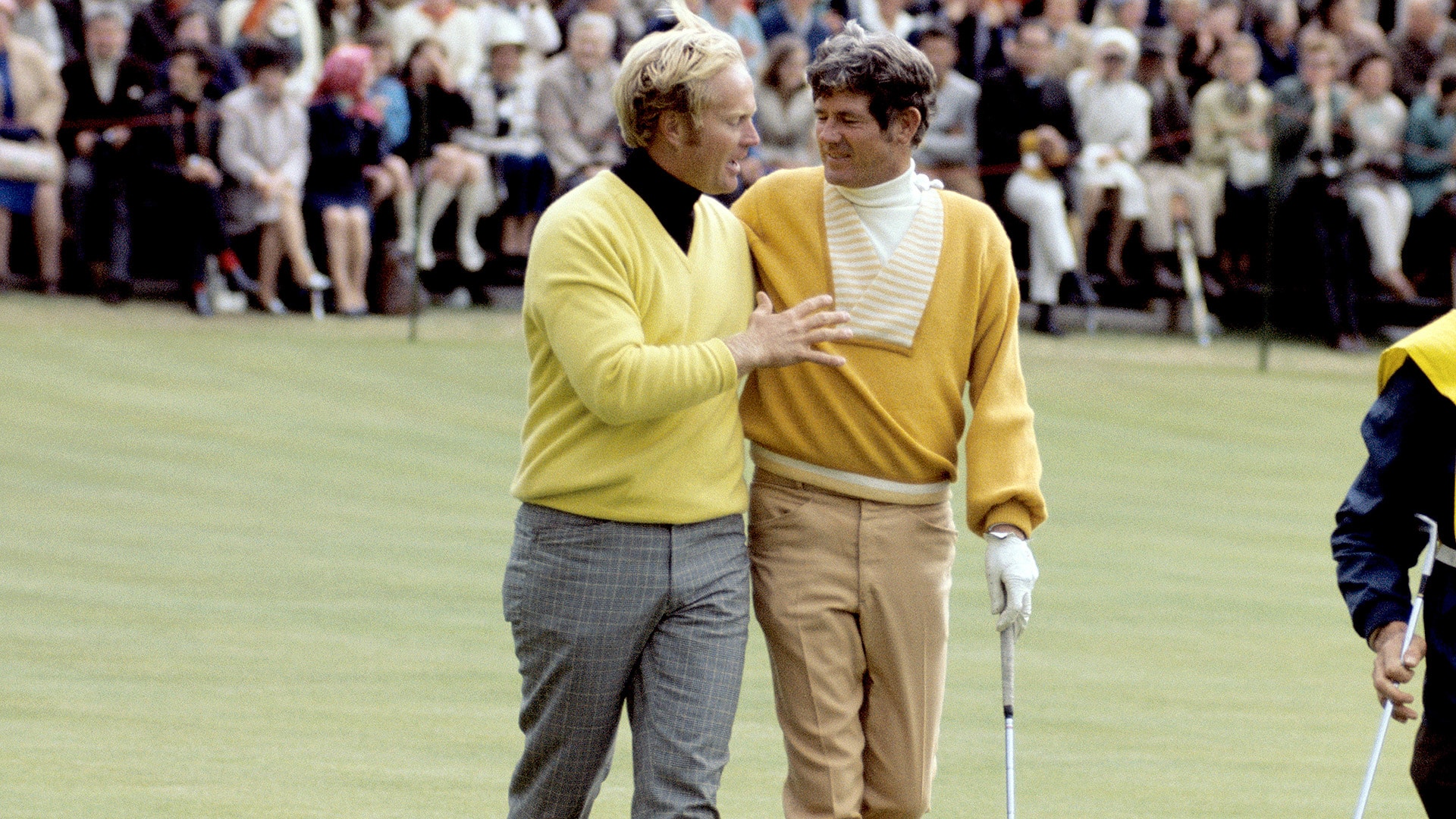 Doug Sanders won 20 times on the PGA Tour, from as an amateur in 1956 to his final title in 1972. But most people remember Sanders for two things: the bold outfits he wore and the majors he lost.

Sanders, who died Sunday at age 86, was most infamous for a 30-inch putt that cost him the claret jug in 1970 at St. Andrews. Sanders lost that year to Jack Nicklaus in a playoff.

Nicklaus took to Twitter Monday night to pay tribute to his longtime friend and tell people that Sanders shouldn't be defined by his close calls but rather, "deserves to be remembered for much more. For me, I will remember that Doug was a good friend to Barbara and me, and we will miss him."