The LPGA event outside Toledo, Ohio, will have a new presentation with a new title sponsor at Highland Meadows Golf Club this year.

The Marathon Classic presented by Owens Corning  & O-I will be played July 18-21. The purse will remain at $1.3 million and as a full-field, 72-hole event.

Farr, best known for his portrayal of Corporal Klinger in the TV sitcom 'M*A*S*H,' is ending his run as tournament host after 28 years.

“Because of pending show business concerns which may prevent me from hosting the tournament in the future, I have decided to pass the baton to Marathon,” Farr said in a statement in the LPGA release. “I will always appreciate the loyal and generous support of our faithful sponsors, volunteers, fans, media and LPGA golf professionals, and I extend a special thanks to all of them.”

In tribute to Farr's long commitment to the event, the tournament is naming one of its charitable efforts the Jamie Farr Scholarship Fund.

The LPGA did not release the length of Marathon Petroleum’s commitment as the new title sponsor.

Earlier Tuesday, the LPGA announced that Acer, a mobile computing company, will be the presenting sponsor of the ShopRite Classic this year. 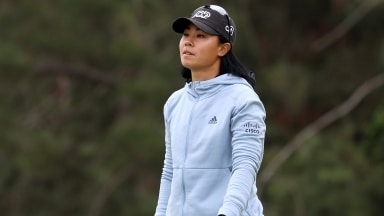 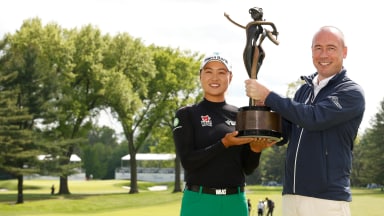