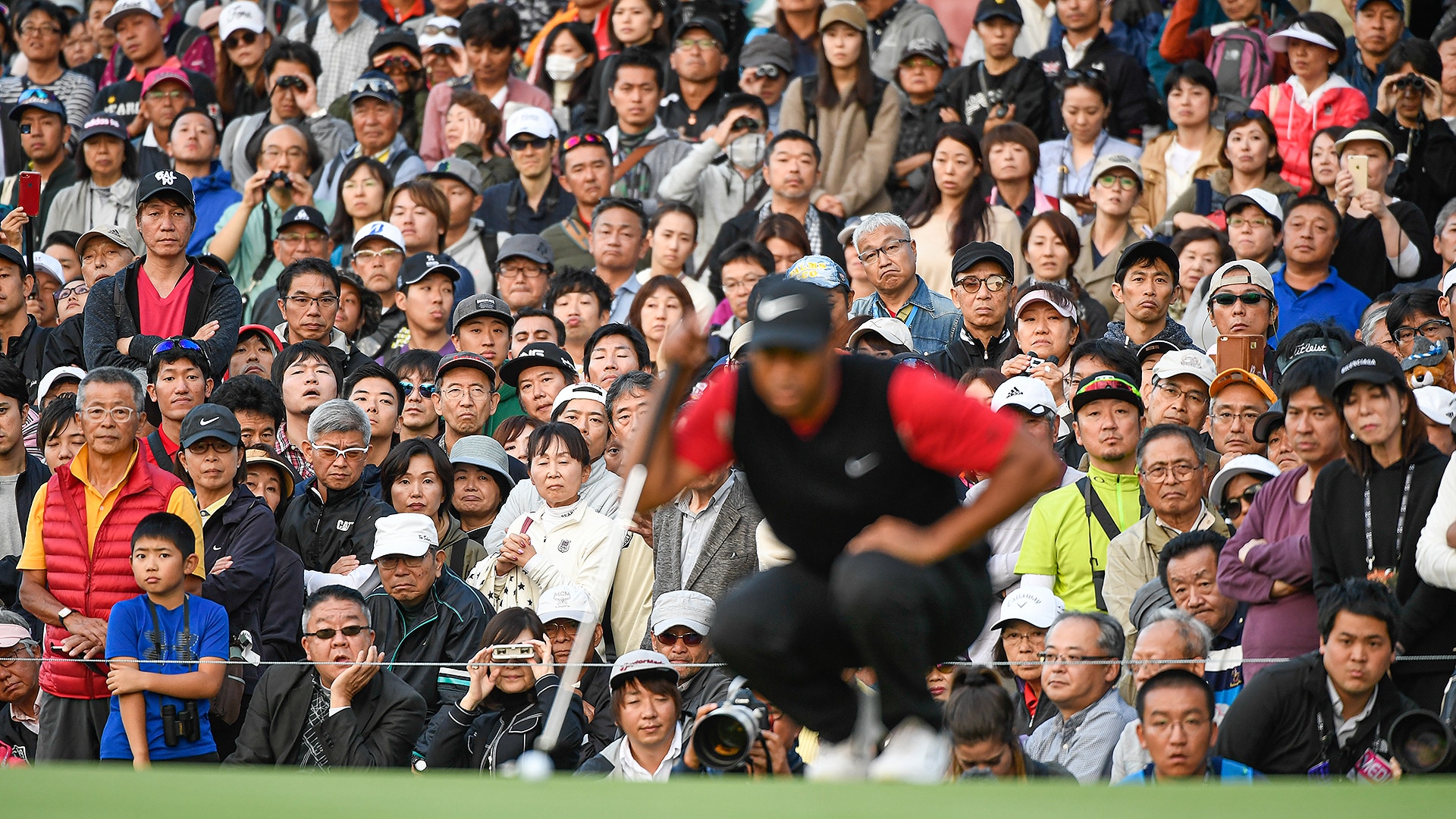 CHIBA, Japan – Poor timing and a curious decision will keep Japanese fans from what could only be considered a best-case scenario at the Zozo Championship.

Because of Friday’s washout, officials were determined to play as much golf as they could Sunday, which for front-runner Tiger Woods was 29 holes. It also meant players wouldn’t be re-grouped following the third round.

Had the draw been redone, Woods would have been in the final group with Japan’s Hideki Matsuyama, who is alone in second place and three strokes behind Woods.

Matsuyama is Japan’s most popular player and Woods is the game’s biggest draw, but they will not get the chance to go head-to-head at Narashino Country Club.

“It's not realistic with the conditions that we were going to get a chance to re-pair,” Woods said. “If they would have pushed us yesterday and then did a re-pair for the fourth round, it would have been a different story, but they decided to push us today instead of yesterday. So, it was never going to be realistic where I could play with Hideki in that regard.”

The crowds for the final round won’t be as massive as they were Sunday. Officials decided to limit entrance to fans with full-week and VIP tickets only for Monday’s conclusion, which they estimate will be about 3,000 fans.