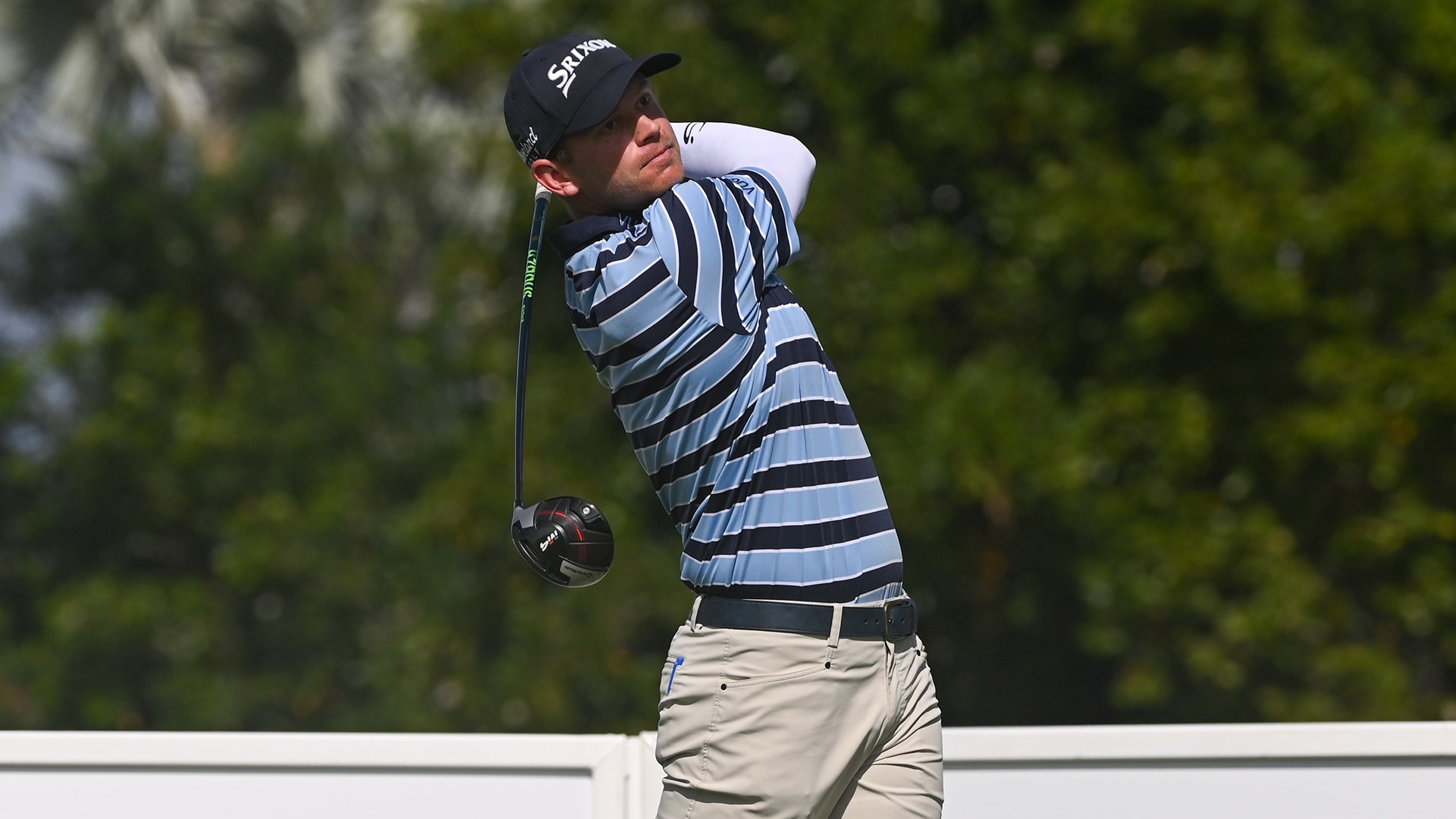 Jared Wolfe shot a final-round 69 to cruise to a four-shot victory at the Bahamas Great Abaco Classic at Baha Mar, earning his first career Korn Ferry Tour title in the process.

Wolfe started the final round with a one-shot lead, and things were still undecided when he dropped his lone shot of the day on No. 14. But the 31-year-old bounced back in style, closing with three birdies over his final four holes to claim the trophy.

"I had a chance for it to go the other way, and I just made a lot of 3-4 foot putts which were not easy out here. If those don't go in, it's a different story," Wolfe said. "But I'm just beyond happy with how I fought and I'm very thankful for the blessing and the opportunity just to be in this position today."

Wolfe joins Tommy Gainey as an early winner on the developmental circuit, with both men now within reach of a PGA Tour card for the 2020-21 season. Wolfe has played most of the last three years on PGA Tour Latinoamerica, winning three times, and he started this season equipped with conditional status and only a handful of Korn Ferry starts. But after his breakthrough win he's well on his way to another promotion.

"We're all on the same journey, it just takes different time to get there," Wolfe said. "Being in position to win multiple times down there has really calmed me down. I obviously felt nervous today, but I felt a pretty good calmness pretty much all day, and I attest that to the experience down there."

Veteran Brandon Harkins finished alone in second place while Curtis Thompson was among a tie for third. Thompson's sister, Lexi, is an LPGA Tour star while his brother, Nicholas, has previously played multiple seasons on the PGA Tour.

This year's event was moved to Baha Mar because of the damage sustained on Great Abaco Island when Hurricane Dorian made landfall in September.