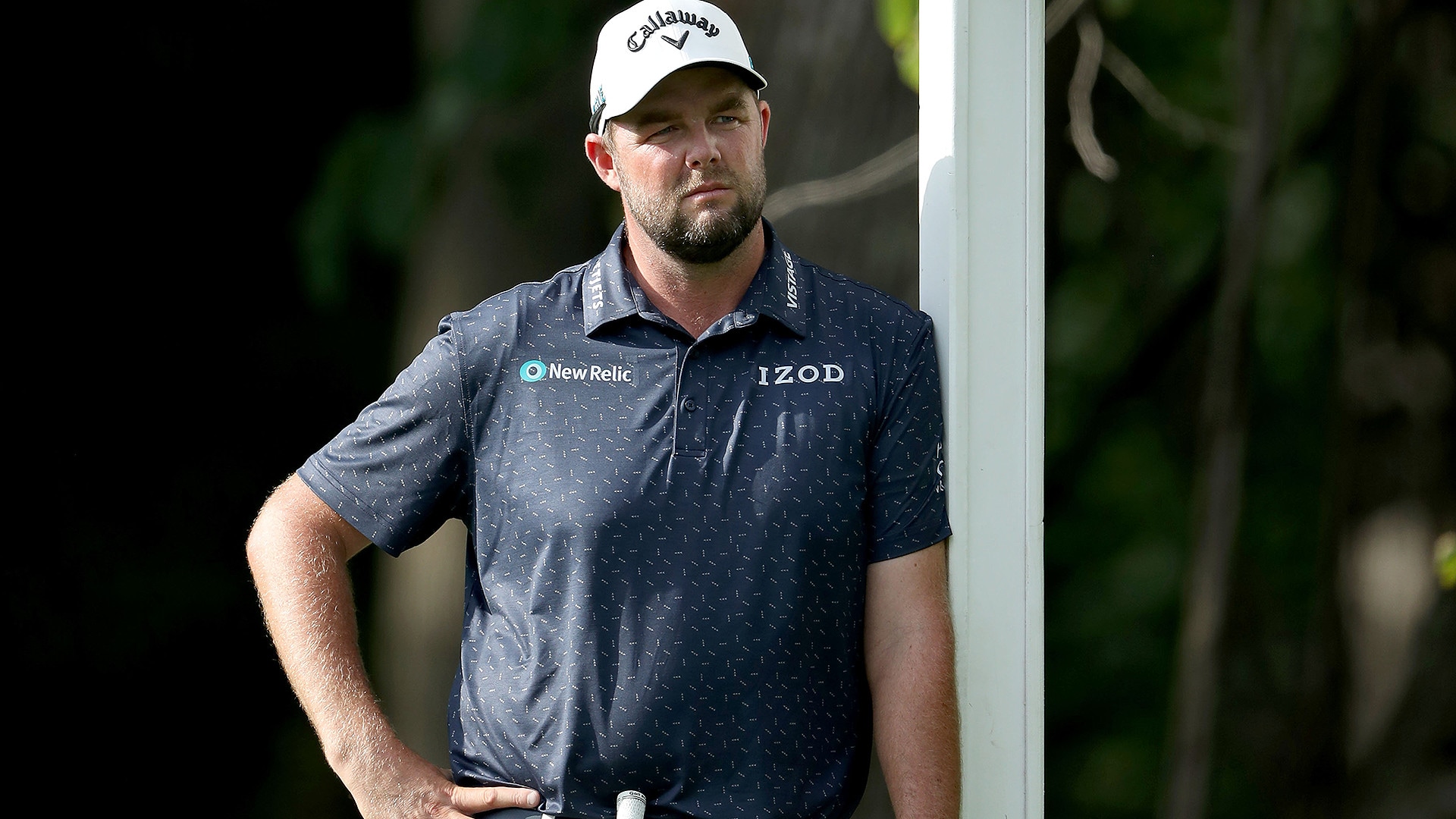 ST. LOUIS – There’s a lot of idle time during a major round, and so Marc Leishman felt his mind wandering on Thursday, less than 24 hours after the expected but nonetheless devastating news that Jarrod Lyle had lost his third battle with leukemia.

Standing on the tees and in the fairways and on the greens at Bellerive Country Club, the memories flooded back to Leishman.

The needle that Lyle could take and then send right back.

Sad week! You had the fight of a lion and even when you weren’t trying to make us laugh you did. (Shirt) Rest easy mate. pic.twitter.com/yV50TPhLsY

But there’s also a deeper, more tragic part to this story of a good bloke and talented golfer gone far too soon at age 36. It’s the part that he’s leaving behind his beautiful and caring wife, Briony, and his two young children, Lusi, 6, and Jemma, 2.

“They’re going to grow up without their dad, which is horrible, because he’s such a great person and they’re not really going to have known him,” Leishman said. “That’s the saddest part.”

Lyle never played in the PGA Championship, but he was on the minds of many during this somber start to the year’s final major. Remembrances aired on TV. Players and caddies wore yellow ribbons and pins. Multiple players began tearing up in the interview area.

“How can his story not touch anyone who has been out here?” Adam Scott said. “It was kind of nice to come out here and get a few hours’ escape. To hear he passed away, it was still devastating, even though maybe we knew it was coming.”

Last week, when news broke that Lyle’s days were numbered, Golf Channel analyst Tripp Isenhour, a former PGA Tour pro, set up a GoFundMe account named “Jarrod Lyle’s Girls.” The webpage raced across social media, and donations poured in, about 25 an hour, to help the family and provide for Lusi and Jemma’s future education.

The goal of the account was to raise $200,000. By Thursday night, about 24 hours after the family announced Jarrod’s passing, they’d already surpassed $150,000.

The message board is filled with heartfelt messages to the family, many of the well-wishers never having even met Lyle. They were simply inspired by his remarkable story, by his courageous battle, by his unwavering spirit.

“Congrats on your extraordinary life,” one wrote.

“Jarrod Lyle: a courageous human being. A spectacular father and a wonderfully talented golfer. RIP,” wrote another.

Another posted a photo of Lyle, arms spread wide, ready to swallow Lusi in a bear hug: “You can see the love in his face. What a special man. RIP.”

And those were just the donations made public.

In both life and in death, Jarrod Lyle has proved to be one of the most beloved players in PGA Tour history. He is proof that to be immensely popular around the globe, a player doesn’t need 14 majors or a No. 1 ranking.

“You couldn’t find one person who would say an ill word about Jarrod,” Scott said. “You hear such average news all the time, and he was such a shining light for everybody. It’s no wonder everyone gravitated toward him.”

Jason Day lived across the street from Lyle when they were just beginning their pro careers. He choked up twice Thursday while discussing his friend’s impact.

“He battled half his life,” Day said, “and the crazy thing is he was always upbeat and positive. No matter what you did, you could be playing terrible, and if you’re playing golf with him, you always walked off the golf course happy.”

Though many wore the traditional yellow ribbons, Rickie Fowler took it a step further. Scripted to wear navy blue in the opening round, Fowler instead donned a bright yellow shirt and wore the Leuk the Duck pin not on the side of his Puma hat, but front and center, squarely on the “P” of his cap.

Fowler talked to Lyle on the phone last week, when he was saying his final goodbyes.

“One thing that did help is hearing from him how he felt,” Fowler said. “He sounded like he was in a good spot. Obviously that’s not something that’s easy to deal with.”

Almost everyone who knew Lyle said that he wouldn’t have wanted them to mope between the ropes Thursday – “He’d probably come out here and kick us in the butt and tell us to man up and go have some fun,” Fowler said – and so they tried not to. They thought about the times they belly-laughed together, and about the practical jokes he played, and about the courage he showed while going three long, grueling rounds with the disease.

“To be so optimistic when he was dealt such a bad hand in life was amazing,” Scott said, “and there’s so much good to remember about Jarrod. It’s sad in the moment, because we’re all going to miss him, but Jarrod’s story is something we won’t forget for a long time.”