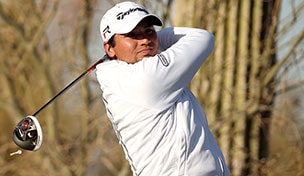 Because he withdrew before the opening round, no reason was necessary.

“We've had a long week,” Day said prior to beating Ian Poulter in Sunday’s consolation match to claim solo third place. “It's been mentally and physically grinding.”

Day’s opponent may have had a little inside info. While stating his case on Twitter that the consolation match was an unnecessary evil, Poulter wrote: “I bet Jason Day doesn't play Honda this week now because he feels exhausted. 18 holes less and Honda might have had him in the field. #Fact”

Day was replaced in the field by Luke List.