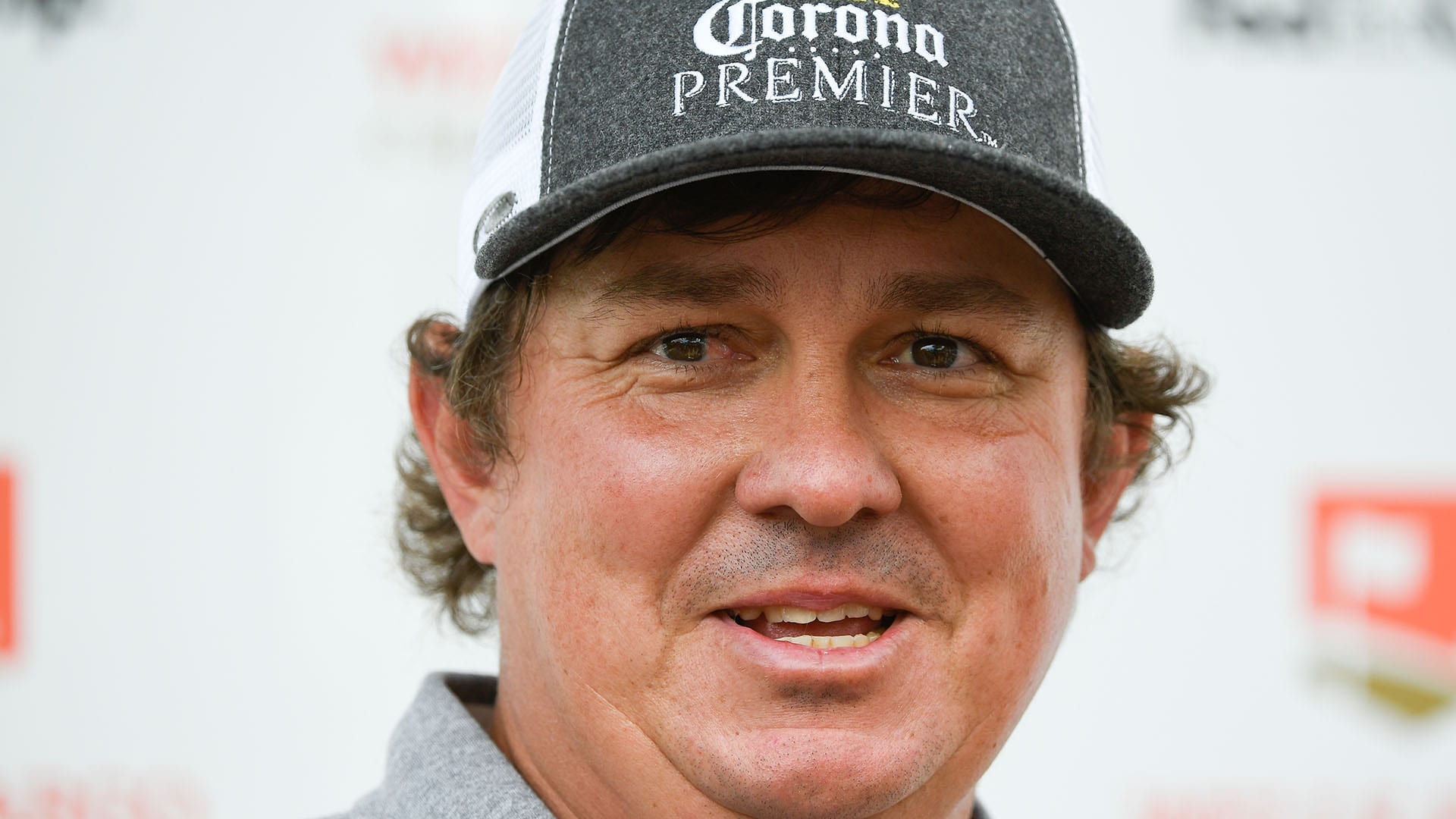 CHARLOTTE, N.C. — Jason Dufner’s game was going nowhere, so he changed everything from his swing coach to his equipment to his caddie.

It didn’t get any better.

He at least is starting to see signs of it coming together with an 8-under 63 on Friday in the Wells Fargo Championship, matching his career-low score on the PGA Tour and giving him a one-shot lead going into the weekend at Quail Hollow.

Dufner considers it the best two rounds he has put together since the 2017 Memorial, which also is the last time he had a 36-hole lead.

“See how it goes being in the heat of it on Saturday and Sunday,” Dufner said. “I’ve been there before. It’s been a while, but I kind of know what to expect. It will be a good challenge to see where I’m at, what I’m doing.”

Joel Dahmen made his first bogey of the week on his final hole of the second round — from the middle of the fairway, no less — but still had a 66 and was one-shot behind. So was Max Homa, who also knows about coping with bad results when he missed the cut in 14 out of 17 events in 2017. He birdied his last two holes for a 63.

Rory McIlroy, playing on the other end of the course, was stride for stride with Dufner until he dropped three shots over the last two holes. McIlroy made double bogey with a fat shot out of a bunker and a pitch too strong over the green at No. 8, and then went over the green on No. 9 for a bogey and a 70.

Even so, he was five behind and in the mix for a third title at Quail Hollow.

“I stood up here last night talking about that I got the most out of it yesterday, and today it was the complete opposite. I turned a 66 into a 70,” McIlroy said. “Golf, it’s a funny game and these things happen.”

Dufner didn’t find too much funny about last year, when his world ranking fell from No. 41 to No. 124 and missed the cut 11 times. That’s when he decided to make changes to just about everything.

It worked on Friday at Quail Hollow.

He started his round by missing the green 35 yards to the left and holing the chip over the bunker. He made a 20-foot eagle. He missed a 3-foot par putt. He drove the green on the par-4 14th for another birdie. And he capped it all off with a 40-foot birdie putt on the peninsula green at the par-3 17th.

It was the first time he shot 63 since Oak Hill in 2013, the year he won the PGA Championship.

“I’m just getting to that point where I’m kind of settled with everything,” he said. “Sometimes you make a change and it happens immediately. For me, that wasn’t the case. But kind of getting past all those changes and settling into playing some better golf instead of coming to tournaments wondering how I might play or how it might go or is this going to be the right change. Getting to where I feel more comfortable with that and I can just go out play free and play some good golf.”

Dufner turned 42 in March and realizes he doesn’t have many years left to compete at a high level.

“I’m not really trying to be mediocre,” he said. “I’m searching for things that are going to make me a better player.”

Homa always had the talent, winning the NCAA title at Cal with a three-shot victory over Jon Rahm. He just fell into the trap of thinking he had to be even better when he got to the PGA Tour, and he’s had a rough go of it. But when he’s driving it well, it frees up the rest of his game.

He also went back to longtime friend Joe Greiner, who caddied for him his first year on tour until leaving for another friend, Kevin Chappell.

“Joe stayed with me until it became financially irresponsible for him to work for me,” Homa said.

Chappell had back surgery and is out until the fall, and Homa brought him back.

“My attitude is awesome nowadays,” he said. “I don’t really get too down on myself. I have an awesome, awesome caddie that doesn’t let me. If I’m quiet, he yells at me and tells me quiet golfers are usually very mean to themselves, so we have a good thing going.”