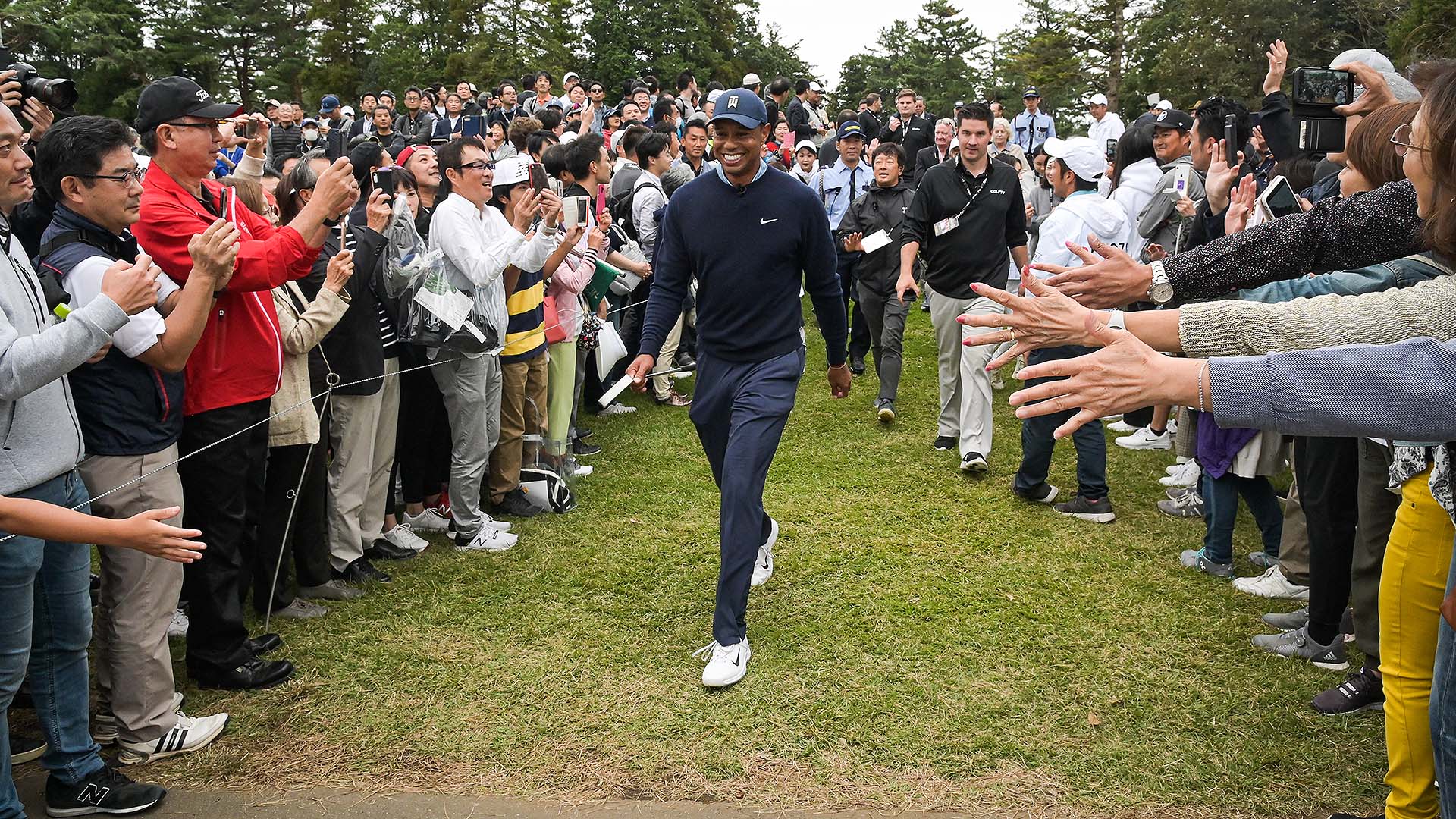 INZAI CITY, Japan - Joining forces with a celebrity tycoon who dreams of going to the moon, the PGA Tour is committed to being in Japan for the long haul with its first tournament starting Thursday.

With the help of businessman Yusaku Maezawa, who is known for taking chances, the sport's biggest names hope to usher in a new era for golf-mad Japan at the Zozo Championship.

Tiger Woods, Jordan Spieth and Rory McIlroy are all here at the Accordia Golf Narashino Country Club, about 80 kilometers (50 miles) east of Tokyo at Inzai City.

''When we make a commitment to bring a new event to a market, that's a commitment that is permanent,'' PGA Tour commissioner Jay Monahan said Wednesday. ''Our intention is to never leave Japan, to always have a PGA Tour event in Japan from this day forward.''

The Zozo Championship, co-sanctioned with the Japan Golf Tour, is one of three tournaments that make up the PGA Tour's Asia Swing. The CJ Cup in South Korea was won last week by Justin Thomas and the HSBC Champions takes place next week in Shanghai.

Some in Japan have questioned the maverick approach of Zozo chief executive Maezawa, owner of the online Japanese retailer. He is known for lavish spending on artworks and buying a Stradivarius violin, and has even set his sights on a future trip to the moon. He played a round with Woods on Wednesday, and Monahan praised his ''immense contribution'' to the tournament.

For now, the golf world couldn't be happier. There's an agreement in place to hold the Zozo Championship until at least 2025.

''For an event of this magnitude to take place, we're very fortunate to have many passionate people who have helped make the Zozo Championship a reality,'' Monahan said.

The timing is good for tournament organizers. Woods needs one victory to reach 82 wins and tie the career record held by Sam Snead.