Holmes fights back against slow-play criticism: 'I’ve sped up quite a bit' 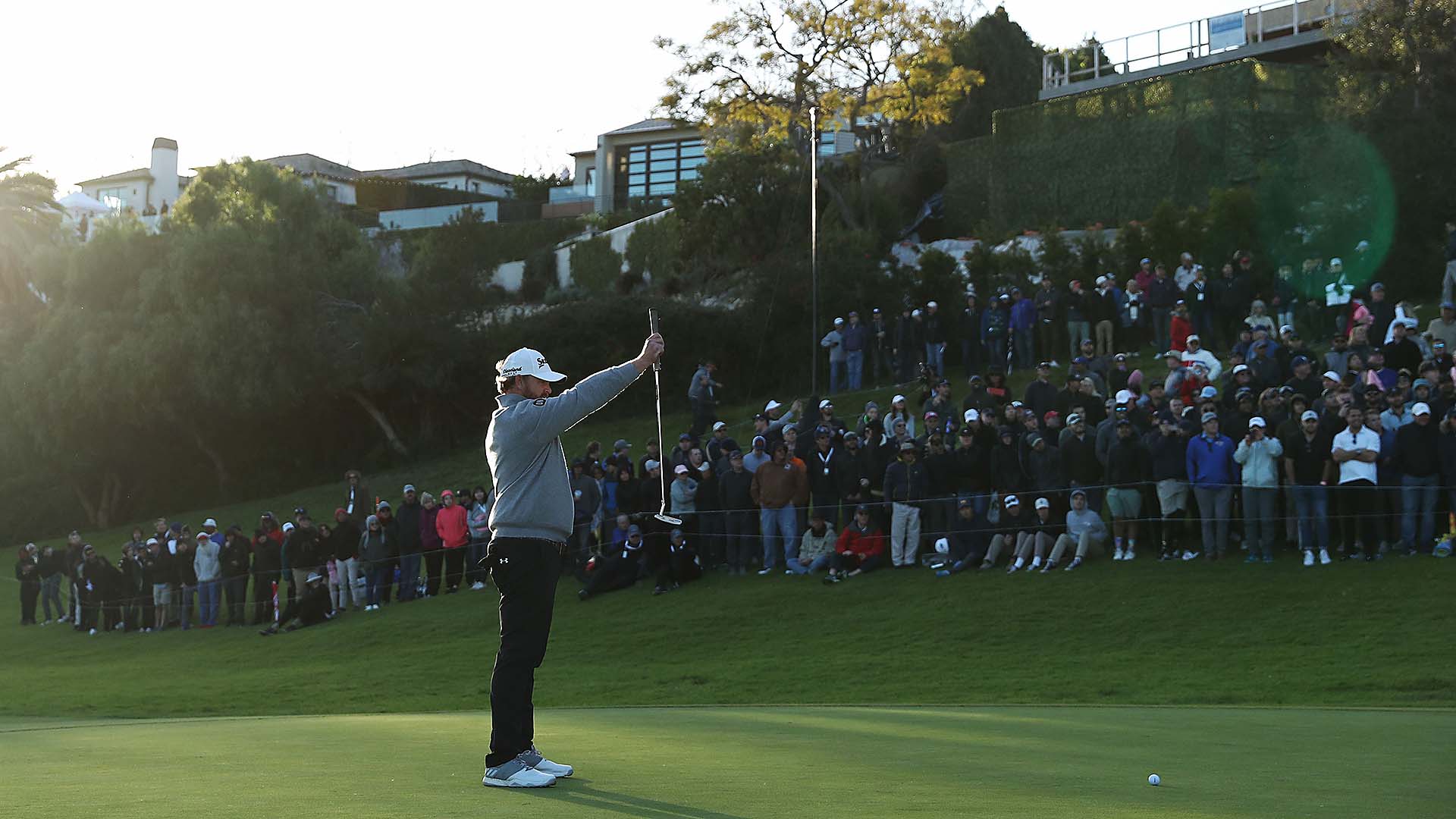 LOS ANGELES – Speaking to reporters with the Genesis Open trophy by his side, J.B. Holmes fought back against his reputation as one of the PGA Tour’s slowest players.

Holmes outlasted both an elite field and some demanding conditions during a difficult final day at Riviera Country Club, playing 33 holes on the tournament’s final day. His 1-under 70 in the final round left him at 14 under, one shot ahead of Justin Thomas.

But Holmes’ pace was under the microscope as much as his stellar play, with CBS on-course reporter Peter Kostis at one point questioning Holmes’ deliberate pre-shot routine before a putt on the fourth green. Holmes played the final round with Thomas and Adam Scott, the latter of whom conceded “We know he’s generally a slow player,” after the round.

But Holmes fired back at any perceived criticism, both from inside the locker room and on social media.

“Well, you play in 25 mph gusty winds and see how fast you play when you’re playing for the kind of money and points and everything that we’re playing for,” Holmes said. “You can’t just get up there and whack it when it’s blowing that hard.”

Holmes received $1.332 million for the win, his first since the 2015 Houston Open. He defended his pace by noting both his relative improvement and the fact that Tour rules officials never put him on the clock this week during a weather-delayed slog that saw players playing until darkness each of the first three days.

“Yeah, when I first got out here I was really slow. But I’ve sped up quite a bit,” he said. “I’ve gotten better. There’s times when I’m probably too slow, but it is what it is. I was never on the clock. Never even got a warning. TV wants everything to be real fast all the time.”