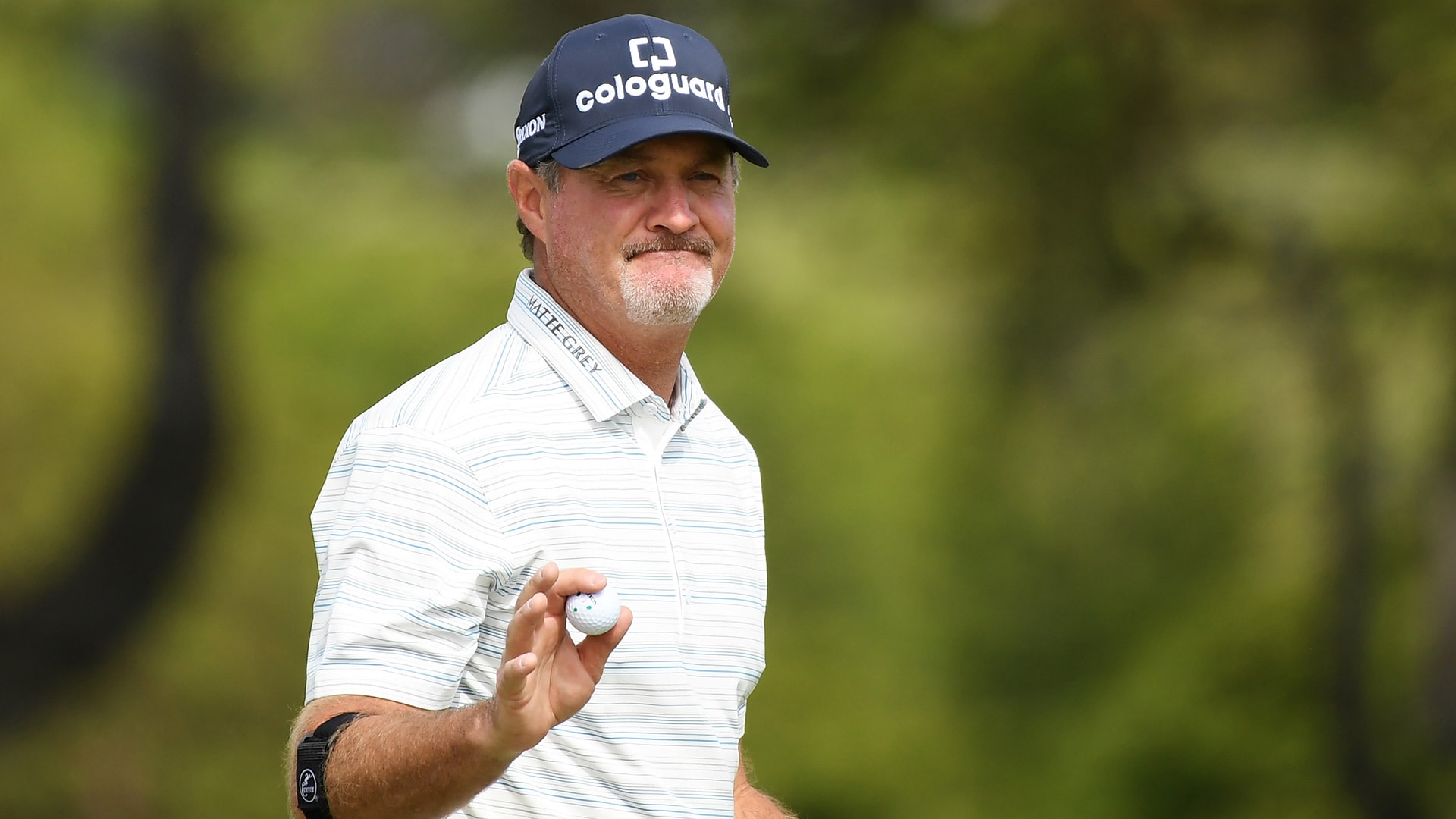 AKRON, Ohio – Jerry Kelly was the only player at par or better after two days on Firestone's difficult South Course in the Bridgestone Senior Players Championship, the PGA Tour Champions' first major of the season.

"You get out of position here, you're in deep trouble, and that's what it's like in a major," Kelly said. "That's why I haven't done that well in that many majors. It's definitely harder to get back in position."

"The first day I turned a 64 into a 68 and today I turned an 80 into a 70," Kelly said. "I didn't strike it very well today. I didn't hit fairways like I normally do, so I think if I get back to hitting the fairways, it's a very playable golf course. But it seemed weird the way the holes were shaped and the way the wind was blowing."

Montgomerie matched the best round of the day with a 69 on the testing course that was the longtime site of a PGA Tour event and later a World Golf Championship tournament.

Karlsson shot 71, and Stricker and Pampling had 73s. Stricker closed with a bogey.

"It's a challenge," Stricker said. "I'm not hitting it all that great, so it makes it even more of a challenge. If you don't get it in the fairway, you have some sort of shot underneath a tree to try to get it up around the green and try to get it up-and-down. I think I've only hit nine greens each day, which going around here, that's not very good. I'm struggling a little bit, but I think everybody is. It's just a difficult course."