Furyk on 12th man: 'A few guys' have separated from pack 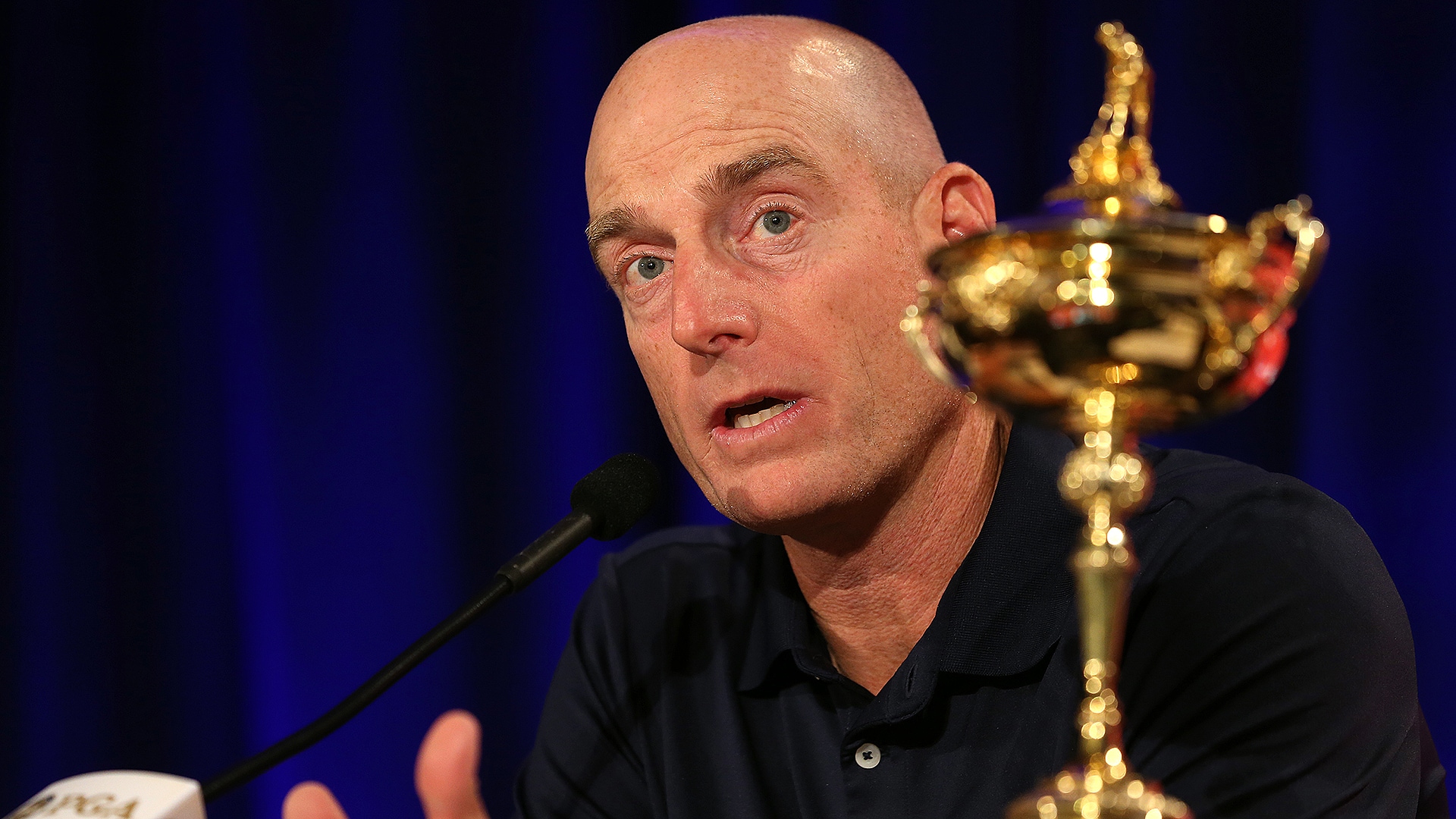 CONSHOHOCKEN, Pa. – U.S. Ryder Cup captain Jim Furyk is down to one final wild-card pick, and he said Tuesday that he’s narrowed down his list of contenders to fewer than a half-dozen players.

This week’s BMW Championship outside Philadelphia is the final chance for players to audition for a spot on Furyk’s U.S. team, which added Tiger Woods, Phil Mickelson and Bryson DeChambeau on Tuesday.

Tony Finau would seem to be the favorite to land the last spot, but Furyk said that he called a “significant amount of players” on Monday night to inform them of his first wave of selections.

Though Furyk was coy about the exact nature of those calls, he said that he talked to “at least” everyone through No. 15 on the points list. That suggests that Xander Schauffele (No. 12), Kevin Kisner (No. 14) and Finau (No. 15) are still in the running.

DeChambeau, Mickelson and Woods were Nos. 9-11 in the points standings, and No. 13 Matt Kuchar was named as a Ryder Cup vice captain on Tuesday.

Furyk was asked how much emphasis he’ll place on this week’s performance at Aronimink.

“I think it depends on the person and the situation,” he said. “I’m still going to go back to the same thing I’ve said all year: I’m looking at a full body of work. I’m looking at the full year and I’m looking at who’s playing well presently. You can’t really be in this position and have a bad year – you wouldn’t be on my list.

“But there’s definitely a few guys that have separated themselves from the pack, for a couple of different reasons.”