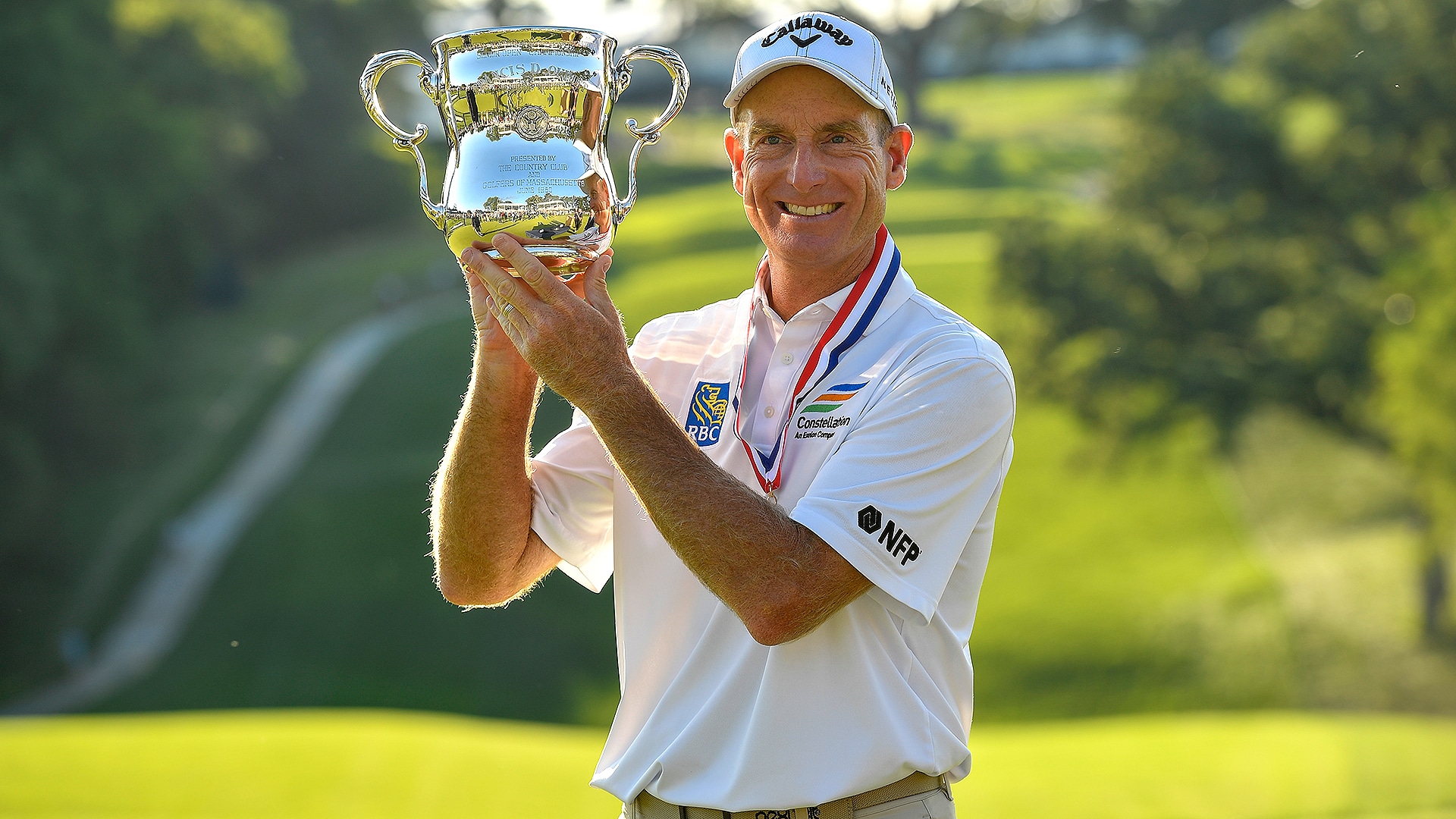 OMAHA, Neb. – Jim Furyk recovered from a rough start Sunday in the final round of the U.S. Senior Open to hold off Retief Goosen and Mike Weir by three strokes.

Making his debut in the event, Furyk closed with a 1-over 71 to become the eighth player to win both the U.S. Open and U.S. Senior Open, joining the likes of Jack Nicklaus, Arnold Palmer, Lee Trevino, Billy Casper and Gary Player.

Furyk finished at 7-under 273 at Omaha Country Club.

He won the regular Open in 2003, is a 17-time winner on the PGA Tour and won his first two PGA Tour Champions events upon turning 50 last year. This was the third senior major he’s played. He tied for 16th in the Senior PGA and was sixth in the Senior Players Championship.

Furyk played the first three holes in 3 over, finding the unforgiving rough three times on the second hole and a tricky lie in the greenside bunker on the third. Suddenly, his four-shot lead was down to one.

Furyk righted himself with a birdie on the par-5 sixth and, after going out in 2 over 37, regained the four-shot lead by the time he made the turn.

It wasn’t until he stuck his 109-yard approach to 3 feet to birdie the par-5 16th that he put away his closest pursuers, major champions Goosen and Weir. That put him three up with two holes to play.

Weir tied for lowest round of the day with a 67, and Goosen shot 69.

Furyk looked to be in full control after he followed his 64 on Friday with a 66 on Saturday.

But he bogeyed the par-5 second hole after his layup attempt from the right rough rolled across the fairway and into the left rough, and his next shot found the greenside cabbage.

Then he put his tee shot just below the lip of the left bunker on the par-3 third and needed two swings to get out. He two-putted for a double bogey that dropped him to 5 under for the tournament.

Goosen birdied the first hole and tapped in for another on the sixth to get to 4 under. It looked as if he would stall out with bogeys on two of his next four holes, but he played his last seven in 2 under to hang around.

Weir started the day seven shots off the lead and made three pushes to get within three. He rolled in a 26-foot eagle putt on the par-5 sixth, went birdie-birdie on Nos. 12 and 13, and he made birdie on the 16th just before Furyk bogeyed the 15th.

Rod Pampling (67) birdied two of the last four holes to finish at 3 under,

Stephen Ames, paired with Furyk, couldn’t take advantage of his partner’s early struggles. Ames plugged his tee shot into the face of the left greenside bunker on the third, took an unplayable lie and double bogeyed. He bogeyed the first two holes on the back nine to fall out of contention. His 75 left him 1 over.

Steve Flesch, who matched Furyk for low round of the tournament with his 64 Saturday, couldn’t sustain his momentum and shot 74 to finish at 4 over.

Furyk was the seventh player to have a lead of four or more strokes entering the final round of the U.S. Senior Open, and six have gone on to win. 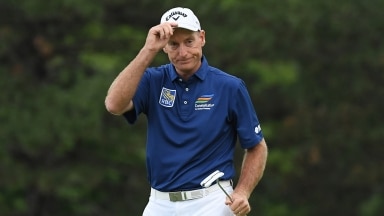 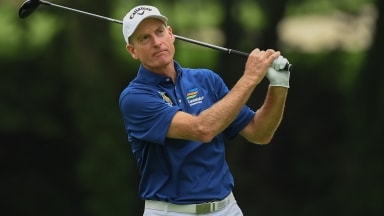 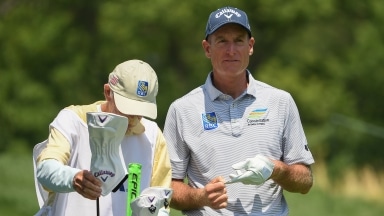