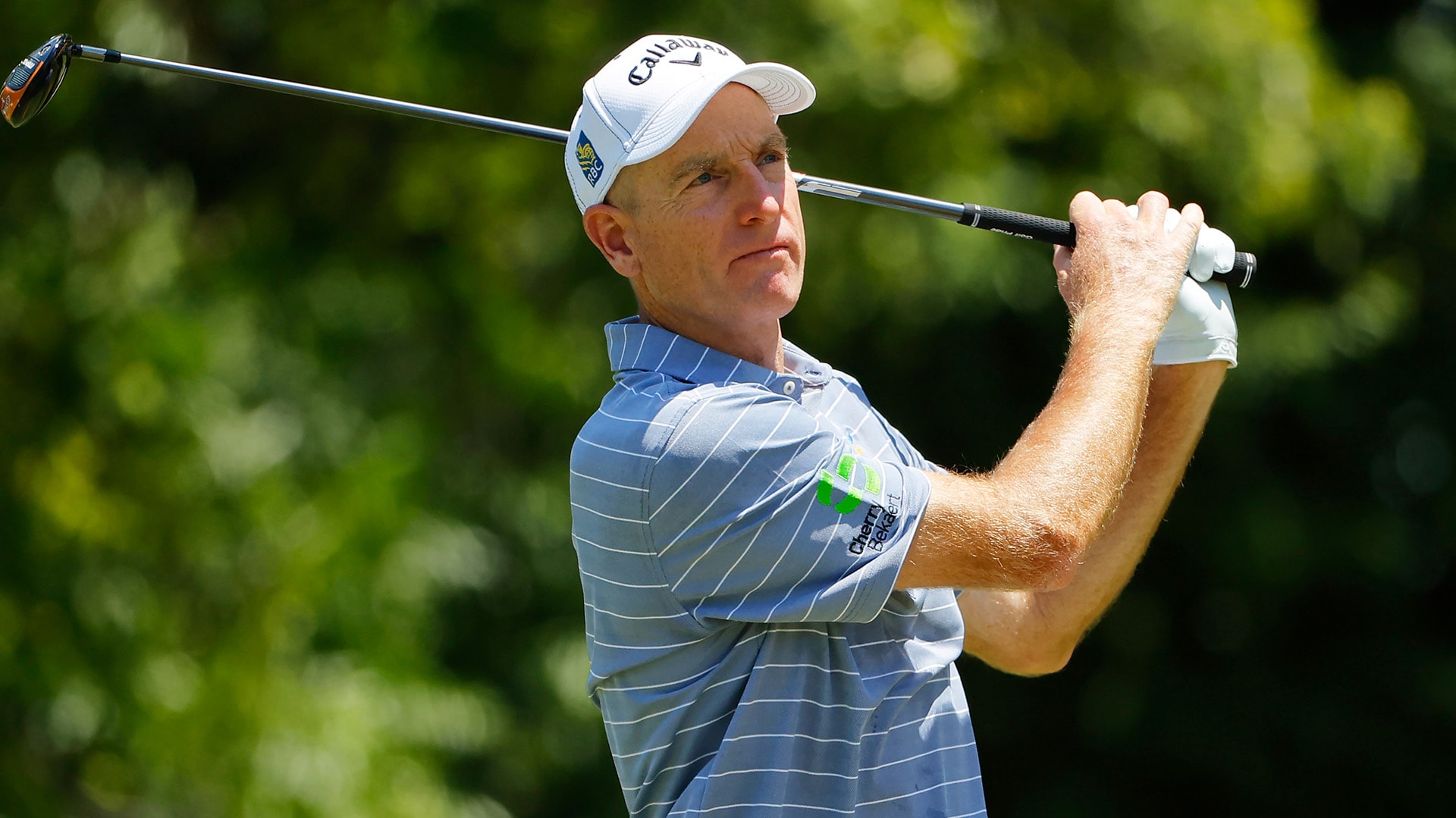 The then-48-year-old finished runner-up to Rory McIlroy last year at The Players Championship and at 49 years old managed to advance to the BMW Championship, the second leg of the FedExCup Playoffs.

Coming off four straight missed cuts heading into the Tour's pandemic-prompted break, he returned to play last week at the Charles Schwab Challenge, tying for 49th.

Speaking with reporters on Tuesday at the RBC Heritage at Harbour Town, site of his most recent Tour win in 2015, Furyk, who turned 50 last month, offered details on his future plans.

"My goal, when this thing started, was to play the PGA Tour through our playoff schedule and hopefully be able to play some Champions Tour events," he said. "I'm still holding pat with that. I would like to get at least a couple, say two to four, Champions Tour events in probably this calendar year and kind of re-evaluate."

The PGA Tour announced in March that Furyk and his wife Tabitha will host a new Champions Tour event, the Constellation Furyk & Friends, at Timuquana Country Club in Jacksonville, Florida, in October of 2021.

The 2003 U.S. Open champion got a small taste of senior-circuit life last week at Colonial, where he played a practice round with Olin Browne and reigning Charles Schwab Cup champion Scott McCarron.

"Eventually, the timing is going to be right, and I'll kind of flip the switch and go play the Champions Tour full-time," he said. "With Tabitha and I, with our foundation hosting an event, I want to get out there and see the guys. ...