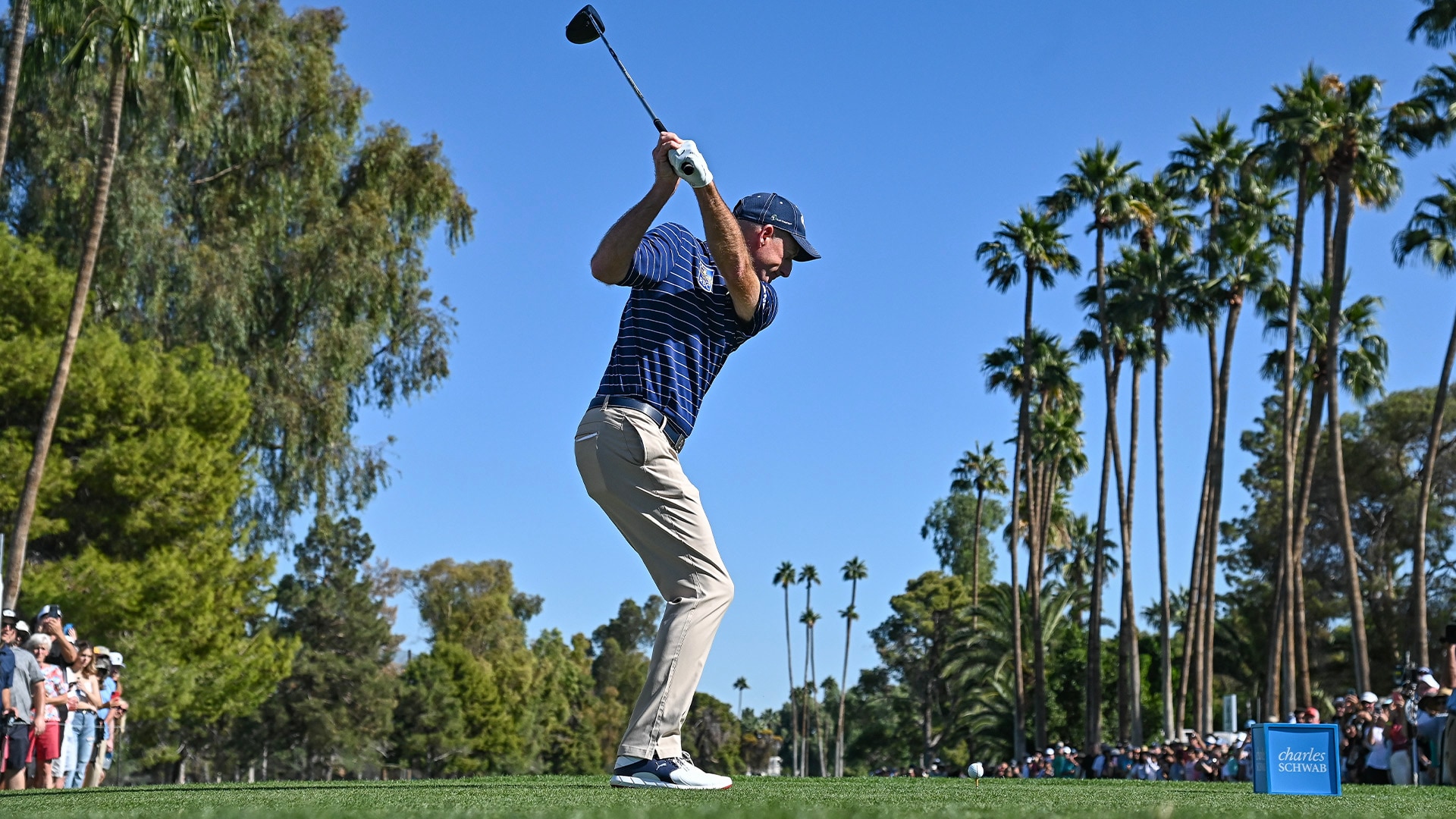 PHOENIX — Jim Furyk shot a 6-under 65 on Saturday to take the third-round lead in the Charles Schwab Cup Championship, putting him in position to win the PGA Tour Champions season points title.

Furyk started the round three behind leader Kirk Triplett and quickly made up ground with an eagle on the par-5 first hole at Phoenix Country Club. Fans at the par-3 15th serenaded the former University of Arizona player after he nearly aced the 178-yard hole and he gave them a wave after tapping in for birdie.

Furyk closed out his day by getting up-and-down for par on the par-5 18th for a bogey-free round that put at 16 under — one ahead of Triplett, who shot 69. Furyk can win his first Schwab Cup with a victory or with a high finish and if Bernard Langer falters.

Langer, who’s been battling back pain all weekend, bookended his third round with eagles for a bogey-free 63 to remain in the hunt for his sixth Schwab Cup. He was 10 under, six off the lead heading into the final round Sunday.

Stephen Ames shot 65 to reach 14 under and was tied with New Zealander Steven Alker, a qualifier less than four months ago who shot 68. Fan-favorite Phil Mickelson was another shot back after a 68.

Furyk won the 2003 U.S. Open at Olympia Fields, was the 2010 FedExCup champion and won 17 times on the PGA Tour. The 51-year-old has won three times since joining the PGA Tour Champions tour last year, including the U.S. Senior Open in July.

Furyk has a chance add to his resume after a steady first three days at the Schwab Cup Championship. He has three bogeys through 54 holes and had four birdies to go with his eagle in Saturday’s round.

Langer played through intense pain to shoot an opening 68, then overcame more pain and three shots into penalty areas for a second-round 72.

Trailing Triplett by 11 shots, the 64-year-old German was feeling somewhat better in the third round, even if it was a strain to bend down to his ball.

Langer opened with an eagle on the par-5 first hole and added two birdies on his front nine. He had birdies on Nos. 10 and 17, then closed his round by making a roughly 20-foot eagle putt on the par-5 18th.

Langer’s low round — one less than his age — puts him in the hunt for a fifth Schwab Cup in seven years.

Triplett was unable to back up his second-round 64 with another low round, finishing with four birdies and two bogeys.

Alker had no status after turning 50 in July and qualified for the Boeing Classic in August. He got on a roll, stringing together top-10 finishes every week to keep playing and become eligible for the postseason, including a win last weekend at the TimberTech Championship in Florida.

Alker followed up a second-round 66 with four birdies and a bogey on Saturday. 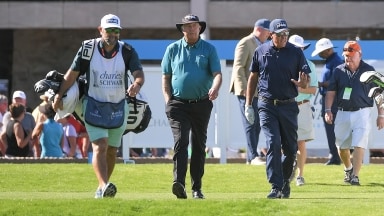 Playing in the final group with Mickelson, Triplett shut out the noise from the most boisterous gallery at Phoenix Country Club. 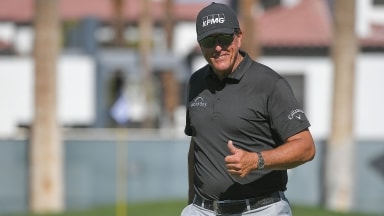 Phil Mickelson shot a 6-under 65 and season points leader Bernhard Langer battled through a balky back for a 68.