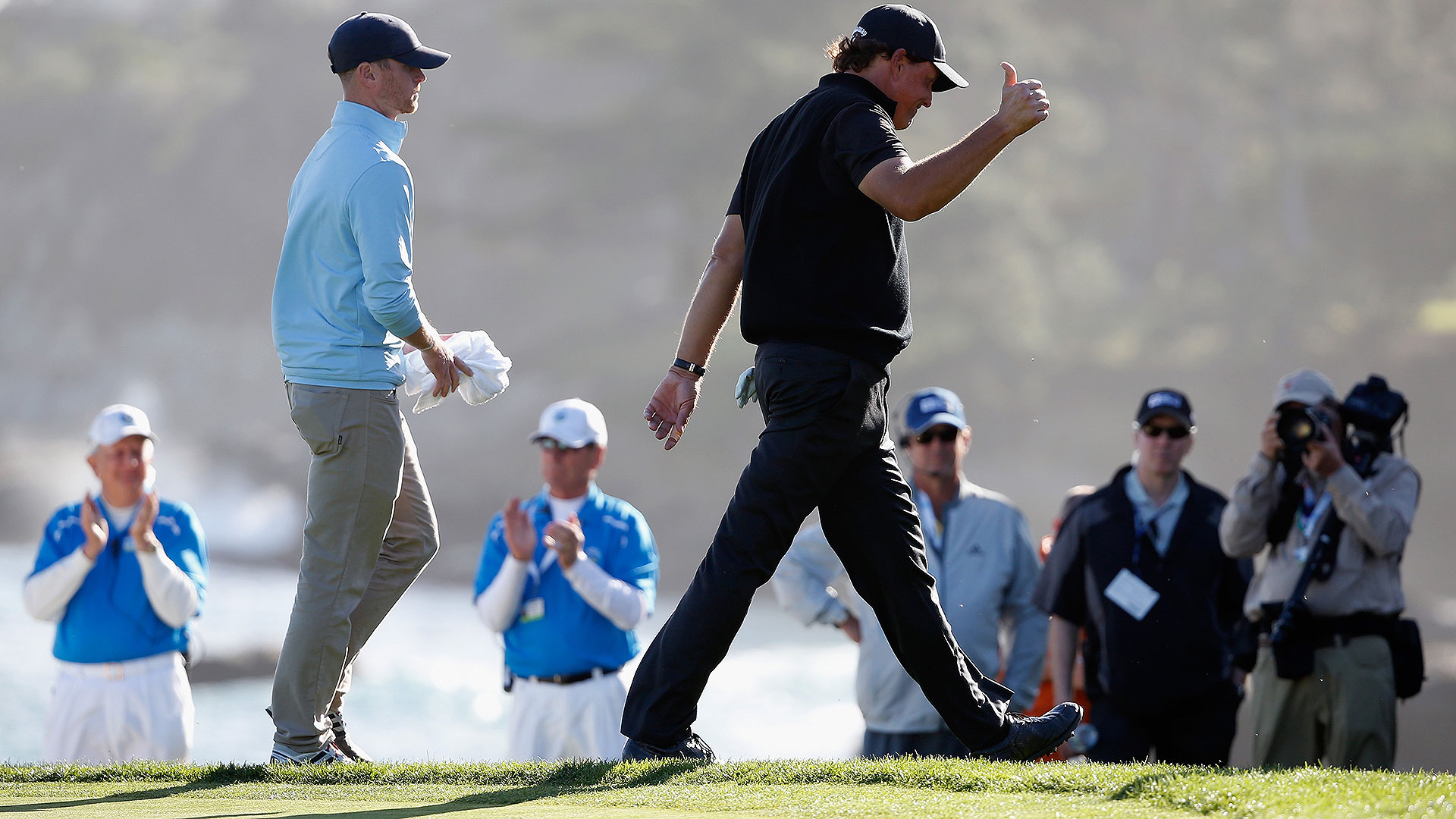 "I think he’s going to win at Pebble, how about that? I want to put that on the record, right now," Nantz said. "I like stories. I like to figure out how history ties to the present."

Pebble Beach will host the U.S. Open in June. It is the only major Mickelson has never won, though, he's finished runner-up six times.

Nantz pointed out that Mickelson’s 49th birthday is Sunday of the U.S. Open, that he’s won the AT&T Pebble Beach Pro-Am four times, and that his maternal grandfather, Al Santos, was one of the first caddies at Pebble.

"What an American dream. You could have a grandson later walk those same fairways," Nantz said. "Instead of what his grandfather was making, 25 cents a bag, now he’s going to close out the career Grand Slam on the sacred sod of Pebble Beach, what a story that would be.

Mickelson finished T-2 in his 2019 debut last week at the Desert Classic.