Nantz says Koepka having best run since Tiger in 2000-01 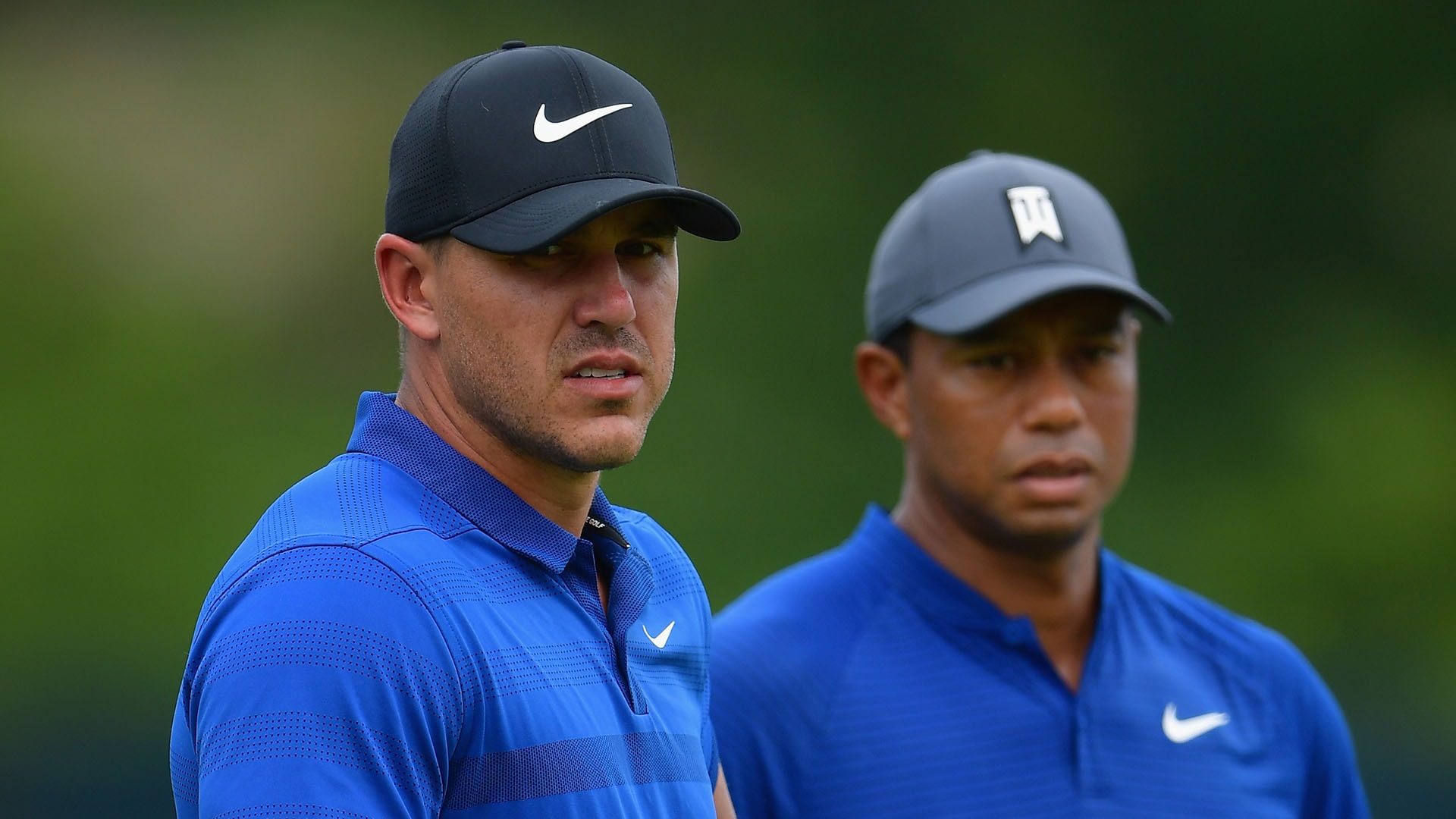 Getty Images
“He’s having the best run in golf since Tiger in 2000 and 2001.” - CBS announcer Jim Nantz said about Brooks Koepka  -

Jim Nantz is picking Brooks Koepka to win the PGA Championship – even if he believes not many others will.

The CBS announcer fielded questions on a conference call on Wednesday afternoon, just more than a week before the year’s second major, at Bethpage Black in Farmingdale, N.Y. Nantz was asked about players such as Tiger Woods, Phil Mickelson and Rory McIlroy.

He brought up Koepka on his own, and then went on a rant.

“Poor Brooks Koepka,” Nantz said (per Golf.com) of Koepka, the defending champion and winner of three of the past eight majors. “If I don’t bring up his name right now, you guys are never gonna bring him up. It’s borderline tragic in terms of how you cover a player or subject. He’s having the best run in golf since Tiger in 2000 and 2001. We’re gonna create the story there and it’s just not interesting enough to us to be able to give the guy the time. Forget how much time he exerts and gives to those of us who cover him. I’m not concerned with that. I’m just talking about facts.”

Nantz called Koepka “a star right here on our hands” and added that the media, including himself, need to do a better job of sharing Koepka’s story. He also pointed to a rivalry in the making between Woods and Koepka.

Woods and Koepka have finished first and second in each of the past two majors, Woods losing to Koepka at Bellerive and Koepka falling short of Woods at Augusta National last month.

And, in Nantz’s opinion, Koepka’s current major run draws comparisons to Woods, who at one point, from 1999 to 2001 won five of six majors, including four straight from the 2000 U.S. Open to the 2001 Masters.

But Nantz failed to point out Woods’ run from 2005 to 2008, where Woods won six of 14 majors and also finished in the top 4 six other times during that span. That stretch also makes Koepka’s current run look average.

Even Rory McIlroy’s seven-major run of two wins and six total top-9 finishes may be better, as Koepka’s last seven major starts include three wins but just one other top-10.

Koepka is playing this week's AT&T Byron Nelson as a tune-up for next week's PGA. He shot 6-under 65 in the opening round.

"I just want to strike the ball well," Koepka said. "If I can strike it well and leave Sunday positive, feel like that hole is kind of opening up and make a few putts and everything should take care of itself. Obviously the goal is to win but if you don't, want to feel good leaving for next week."