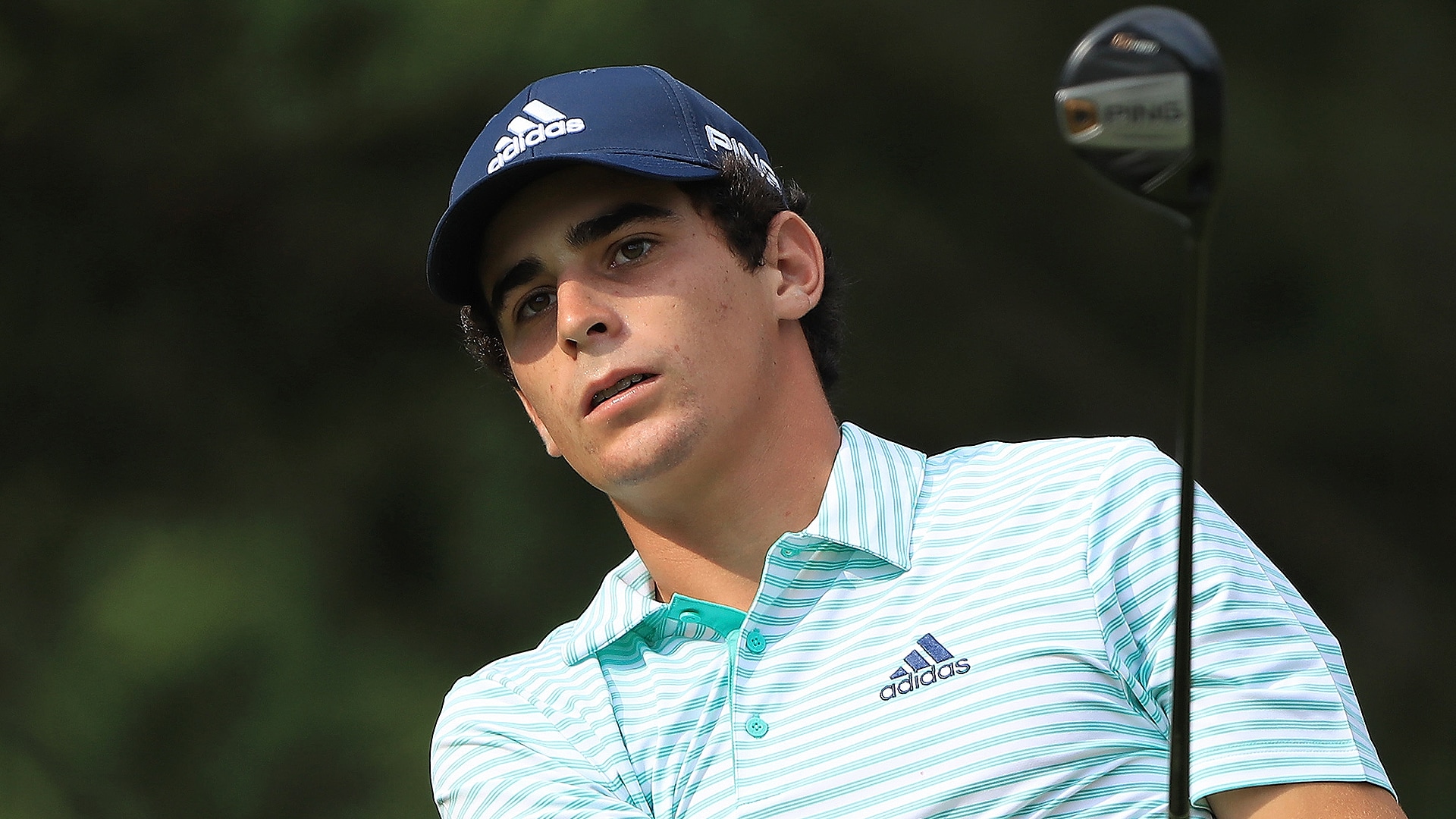 DUBLIN, Ohio – Thanks in large part to a birdie on the final hole of the Memorial Tournament, 19-year-old Joaquin Niemann has earned special temporary membership on the PGA Tour.

Making just his fifth start as a pro, Niemann started the final round at Muirfield Village one shot off the lead but faded from contention with a pair of double bogeys on Nos. 6 and 11. He dropped shots on Nos. 15 and 17 to tumble further down the standings.

But the Chilean sensation hit his final approach to 17 feet and made the putt, finishing the week at 12 under alongside Justin Rose after a closing 73. Needing to finish solo seventh or better to earn special temporary membership, Niemann’s final birdie moved him into a two-way tie for sixth.

“It was still a really nice week,” Niemann said. “I just wanted to finish a little better in the last round, but it’s still very nice, another top-10 for my career.”

Niemann played the Masters as an amateur, but already has three top-10s under his belt after contending at both the Valero Texas Open (sixth) and Fort Worth Invitational (T-8). He now has enough non-member FedExCup points to unlock special temporary status, allowing him to accept unlimited sponsor invites for the rest of the season.

“Obviously it helps a lot,” Niemann said. “It was very nice to get special temporary status this fast.”

Niemann is entered into the field at next week’s FedEx St. Jude Classic, and he’ll now turn his attention to securing a full PGA Tour card for the 2018-19 season. To do so he’ll need to equal No. 125 on the season-long points race, which last season required 365 points. Niemann now has 275 points after becoming the youngest player to ever crack the top 10 at the Memorial.