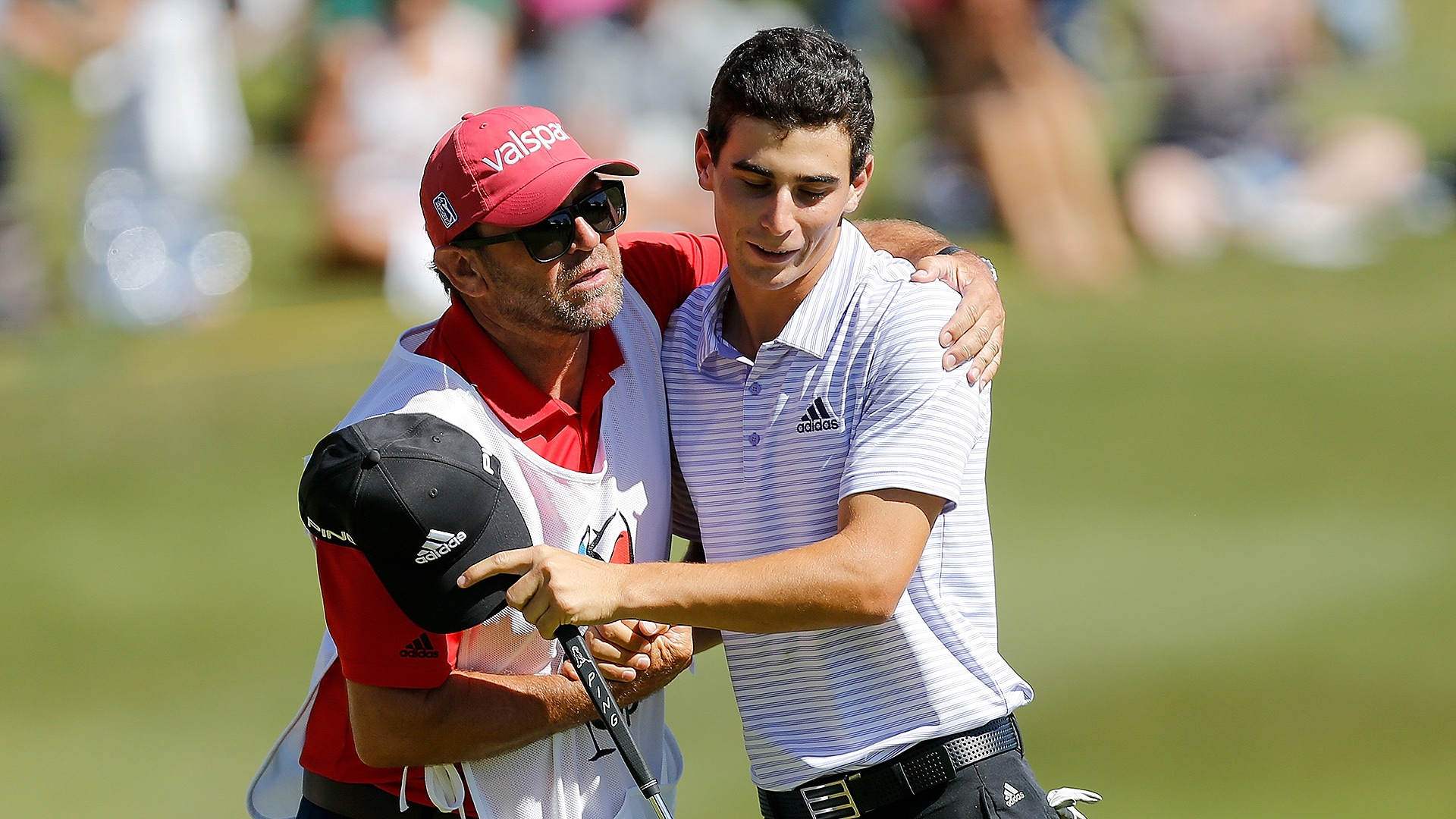 Joaquin Niemann wasted little time in making his mark as a professional.

Having turned pro this week at the Valero Texas Open, the former top-ranked amateur made the most of a sponsor invite by closing with rounds of 67-67 over the weekend at TPC San Antonio, including birdies on each of his final three holes during the final round. At 12 under, he finished the week alone in sixth place, five shots behind Andrew Landry, and took home a check of $223,200 in his pro debut.

"I mean, I was playing good. I never thought I was going to finish how I played this week, but I can't be more happy than this," Niemann told reporters. "Just try to keep it up and hope to play well for the next weeks."

The 19-year-old Chilean had plans to turn pro earlier this year, but then he won the Latin American Amateur which brought with it a spot in the Masters as long as he remained an amateur. But now he's off to a fast start on the play-for-pay scene, having finished the week ahead of noted veterans like Ryan Moore, Billy Horschel and Brandt Snedeker.

Only days into a blossoming pro career, Niemann is hardly short on confidence.

"I feel like a veteran right now, I feel like a Tour player now," Niemann said. "I know I can beat these guys, and just going to wait for my week and try to win."

In addition to the six-figure check, Niemann also earned 100 non-member FedExCup points which will help in his quest to earn status for the 2018-19 season. He needs at least 269 non-member points to unlock special temporary membership, which would allow him to accept unlimited sponsor invites for the rest of the season.

At worst, his current point total likely guarantees him a spot in the Web.com Tour Finals this fall where he can vie for a PGA Tour card. Niemann has sponsor invites lined up for the Wells Fargo Championship, AT&T Byron Nelson and Memorial Tournament, but thanks to his top-10 finish in San Antonio he won't have to use the second of his allotted seven invites at Quail Hollow in two weeks.

"I think this is going to give me a lot of confidence to try to do my card for this year," Niemann said. "Thing is I've got a couple more tournaments coming, and I just can't wait for it."