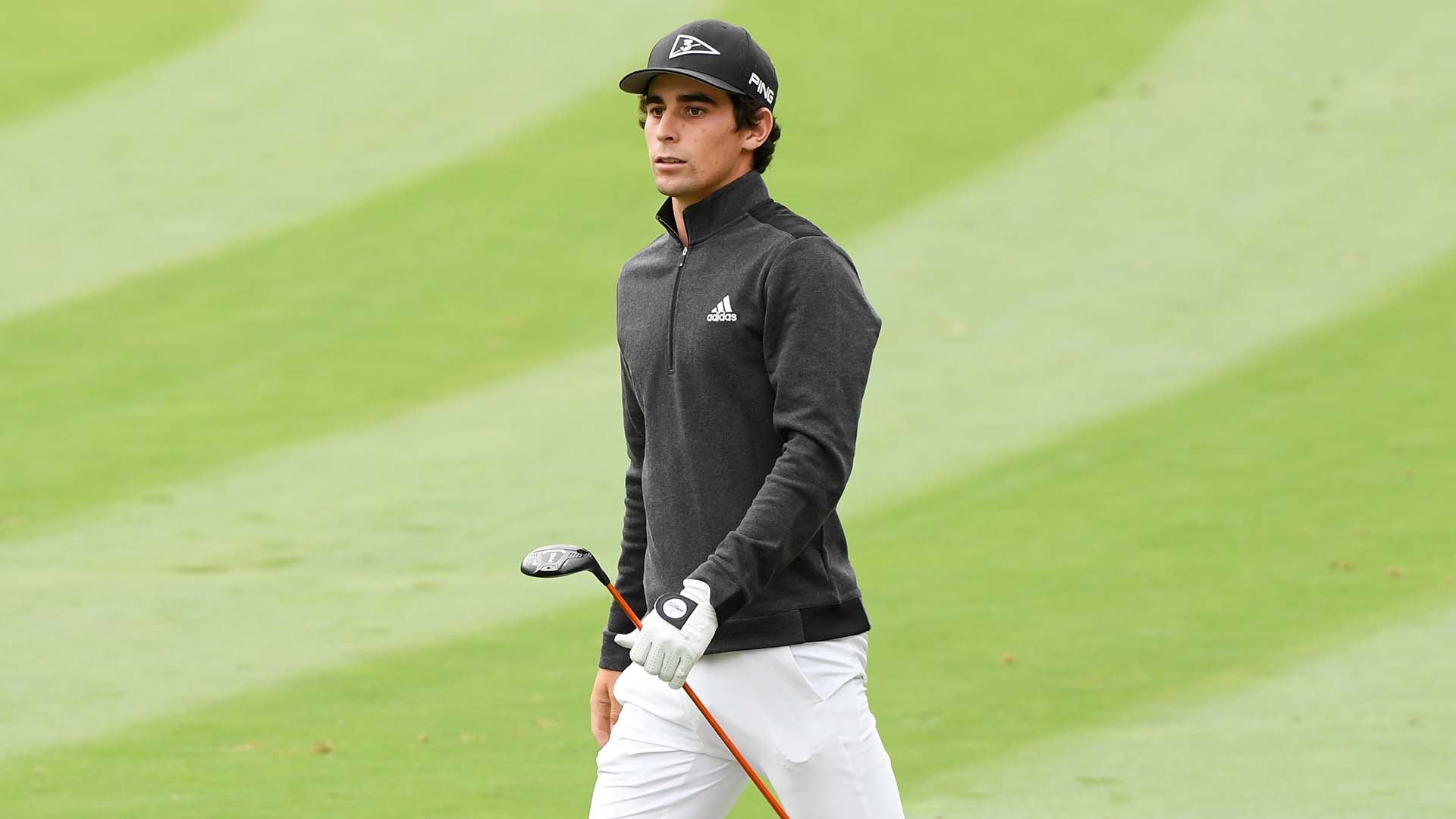 The phrase, which in English translates to “save Rafita,” has recently become a rallying cry for Joaquin Niemann and his family. As Niemann, the 22-year-old rising star from Chile, competes on the PGA Tour, back in Niemann’s native Santiago, his 1-month-old cousin Rafita Calderon is fighting for his life in a hospital room as he battles a rare neuromuscular disease called spinal muscular atrophy.

“He needs the most expensive medicine ever,” Niemann said last week at the RSM Classic. “… He’s got 100 days to get the medicine.”

That medicine is called Zolgensma, and it is designed to combat the debilitating and often fatal muscle weakness associated with SMA, which affects about 1 in 1,000 babies each year and has an average life expectancy of just two years. A single intravenous injection of the gene-therapy drug, which was approved by the FDA last year, can drastically improve the survival rate and quality of life for those suffering from the disease.

However, the potentially life-saving treatment also costs $2.1 million. The controversial price tag, which is 33 times the national per capita income, is unsurprisingly too expensive for Calderon’s family and not covered by insurance, and it must be administered in the baby’s first 100 days of life in order to be most effective.

“When they told me [Rafita] was going to have a really bad disease, I didn’t realize what it was,” said Niemann, who grew up playing golf with Calderon’s father, Felipe, who also is the cousin of Niemann’s mom. “I didn’t put much attention on it, and then a couple days go on, they tell us the bad news, that this medicine was this much amount of money. … I was in my mind going crazy, ‘What can I do to help out?’”

As fundraising efforts stretched across Chile and around the world with help from news outlets, social media and even some Chilean professional soccer players, Niemann last week called out to the golf community for help. He announced on Instagram that he would be donating his prize money from the RSM Classic and next week’s Mayakoba Classic, plus $5,000 for every birdie and $10,000 for every eagle, to the Calderon family. He also included the link to a GoFundMe page, which has already raised more than $50,000, and challenged others to donate. 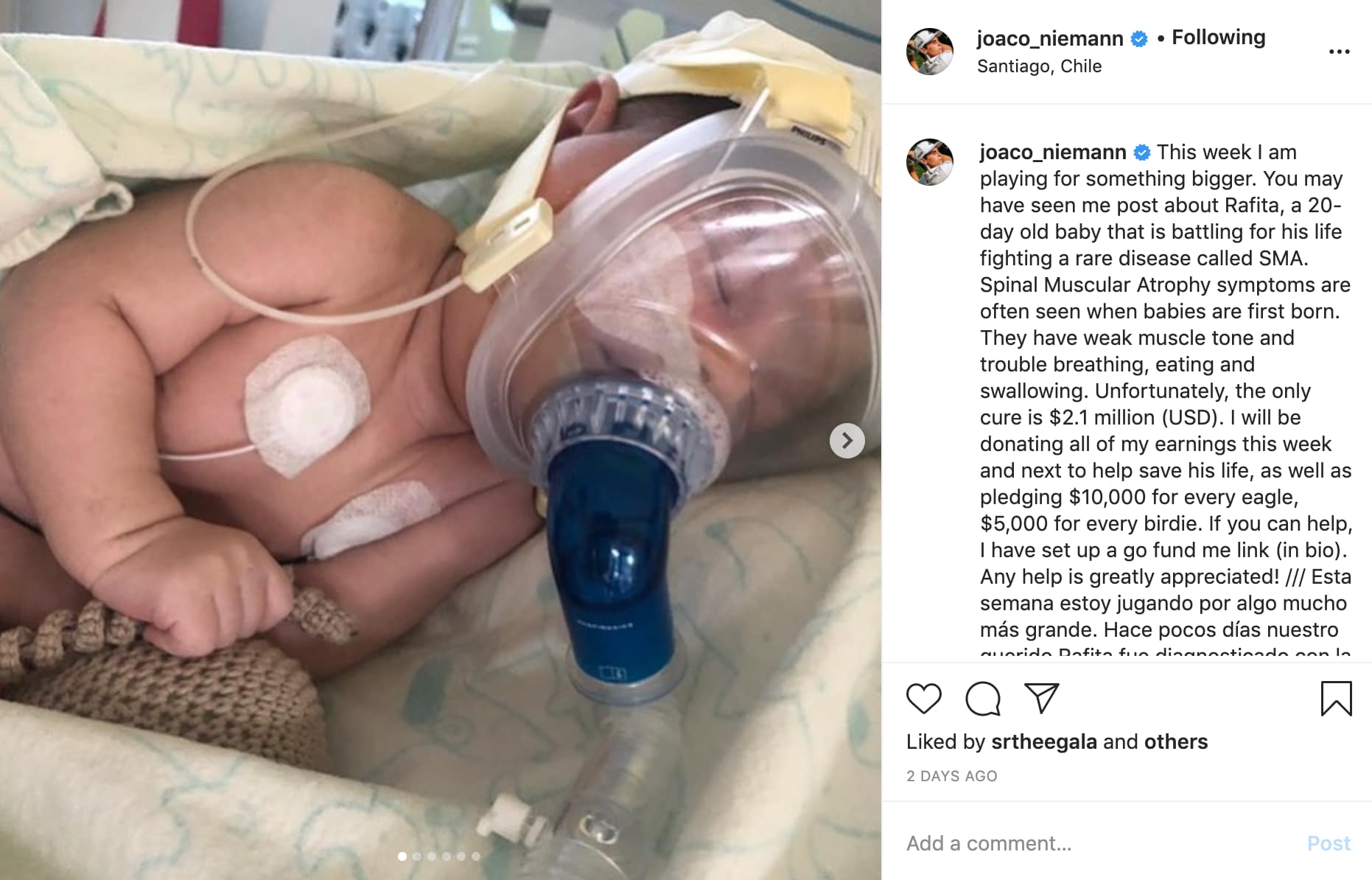 “This diagnosis has been the most devastating and heartbreaking news for us,” Calderon’s parents wrote online. “However, we will stand up and fight every day because our dear son needs us. Rafa is fighting every day to survive and we will do everything possible for him. We cannot do this on our own, so to save Rafita's life, we need each one of you to get Zolgensma and make this miracle happen.”

Niemann knows the urgency of the situation, and the enormity of the task at hand, which is why he struggled to contain his emotions Saturday at the RSM, breaking down in tears as he shared Calderon’s heartbreaking story.

“I love him and his family,” Niemann said, barely getting out words.

For Niemann, though, it’s his actions – specifically, his play on the golf course – that will likely have the most impact in the fight to save Rafita’s life. A victory two Sundays from now in Mexico would earn Niemann a $1.296 million first-place check.

That alone is more than half the cost of the Zolgensma treatment that Rafita desperately needs.

“If I'm able to help, it would be amazing,” Niemann said. “It would be a dream for me come true.” 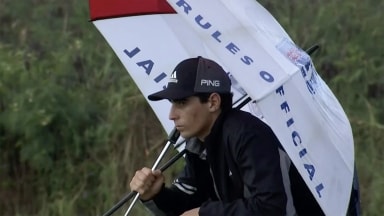 Joaquin Niemann stayed steady early in his second round at Kapalua. Instead, it was his umbrella that fell apart — literally.