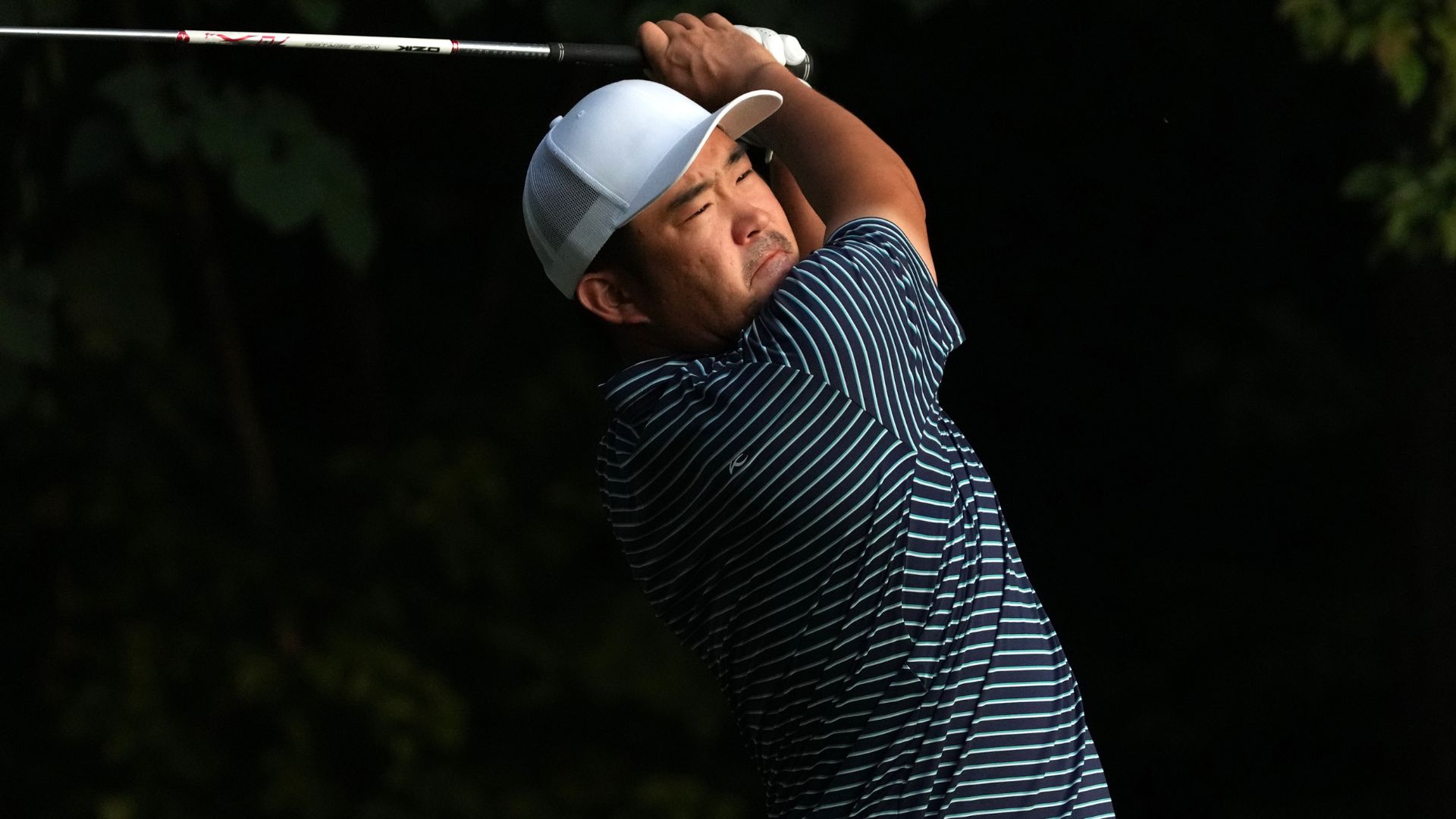 GREENSBORO, N.C. — John Huh wasn’t expecting the lowest round of his PGA Tour career Thursday in the Wyndham Championship, and he had no complaints about the score or the timing.

Huh made seven of his eight birdie attempts from 10 feet or holes and holed a 40-foot eagle putt on the par-5 15th hole at Sedgefield for a 9-under 61, giving him a two-shot lead over Sungjae Im among early starters in the final tournament of the regular season.

“It’s kind of strange because like earlier I mentioned, I wasn’t really feeling great with my game and (to) shoot my career low, it’s kind of weird,” Huh said. “Sort of mixed feelings, but I’ll take this any day.”

Huh needed a round like this. He is No. 120 in the FedExCup — with some wiggle room because of the defectors to Saudi-funded LIV Golf — and only the top 125 advance to the lucrative postseason next week and are assured a full PGA Tour card for next season.

“I know what’s on the line, I know how important this tournament would be,” Huh said. “At the same time you’ve just got to go and play and I think I did that really well today.”

Im had two eagles in his round of 63. At a true No. 15 in the FedExCup, he already is set for the postseason and a good week might be able to sew up his spot in the finale at East Lake.

Far more relevant was the group at 65, which includes Austin Smotherman. He is list at No. 135 in the FedExCup, but he would count as No. 125 — the cutoff — because 10 players ahead of him have been suspended for signing on with LIV Golf.

The suspended players would be line in to receive FedExCup bonus money without playing. The PGA Tour said last week a player’s FedExCup ranking would not be affected by those have gone over to LIV Golf. 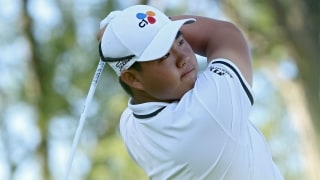 Joohyung Kim opened the Wyndham Championship with a quadruple-bogey 8. But his reaction wasn't what you would think.

Also at 65 was Aaron Wise, who is at No. 34 in the standings and is looking to improve his ranking going into the lucrative FedExCup playoffs. Wise had a five-hole stretch on the back nine that he played in 5 under par, including a 30-foot eagle putt on the 15th, until missing the fairway and failing to save par from beyond the green at the 18th.

Will Zalatoris, at No. 14 in the world the highest-ranked player in the field, was hopeful of moving into the top 10 in the FedExCup and collecting bonus money from the regular season. A two-time runner-up in majors this year, he opened with a 71 and next had to worry about making the cut.

Among those playing in the afternoon was Rickie Fowler, also on the bubble.

Starting on the fourth hole, he ran off five straight birdies, the longest one at 10 feet. After his long eagle putt, he holed a 4-foot putt for birdie on the 17th.

“I hit it close enough, gave myself a chance,” Huh said. “The longest putt I made was for eagle, but other than that, I put it pretty much inside 10 feet and made all that.” John Huh made plenty of putts in the Barracuda Championship, which leads to good results no matter how the score is kept. 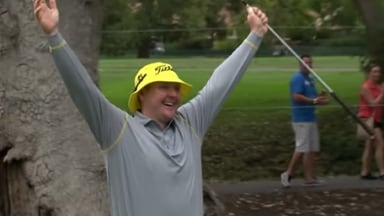 Playing in the same group during Round 1 of the Frys.com Open, John Huh and Jarrod Lyle holed back-to-back approach shots. 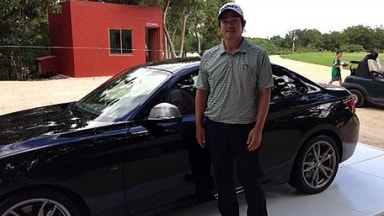 A winner in Mexico in 2012, John Huh once again wowed fans with his ace during the opening round of the OHL Classic at Mayakoba that also won him a new set of wheels.