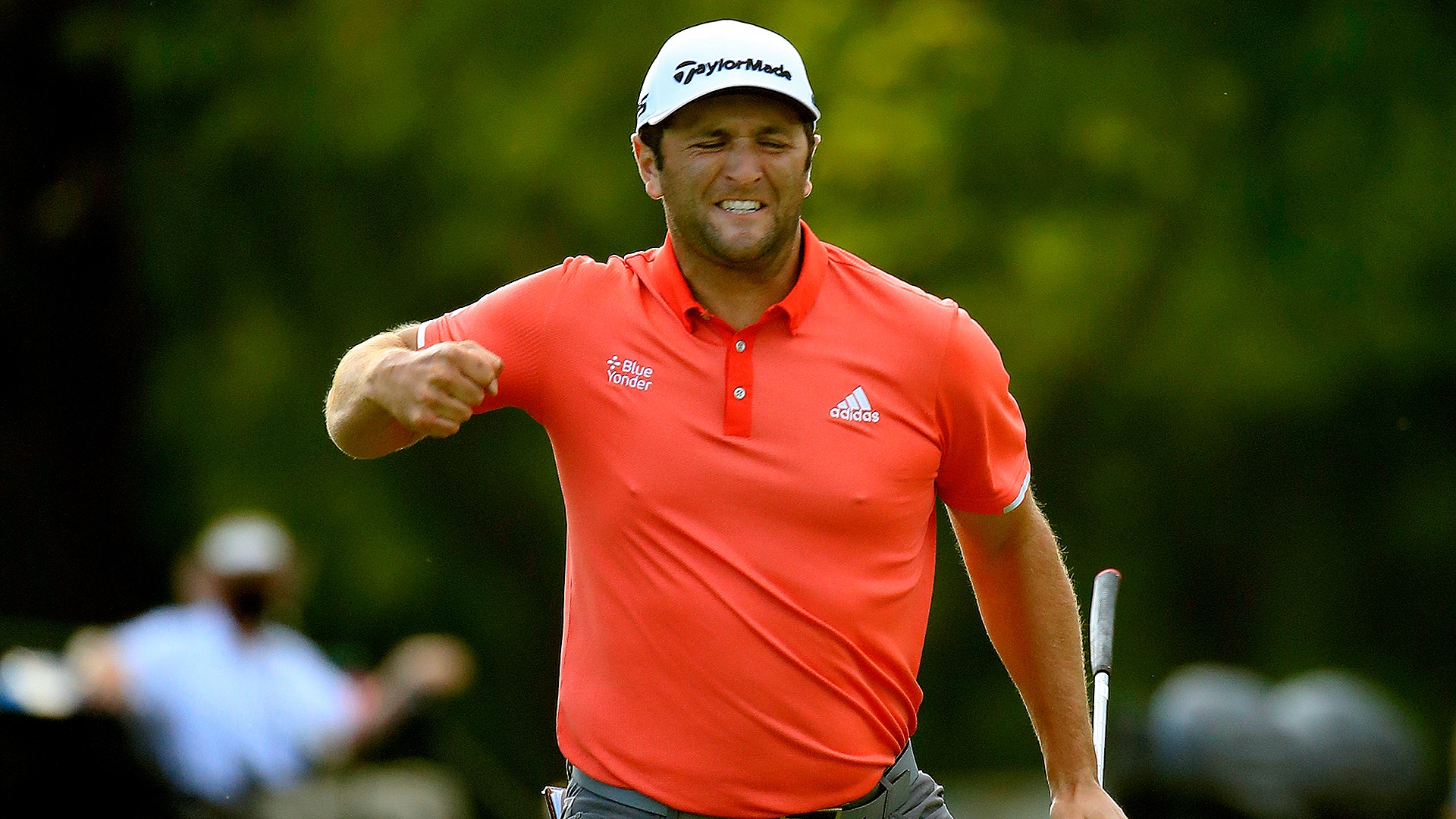 How it happened: Impressively, Rahm managed to march to victory despite incurring a one-shot penalty on Saturday for accidentally picking up his ball on the green without actually marking it. Had he simply remembered to mark his ball, he, theoretically, would have won in regulation. 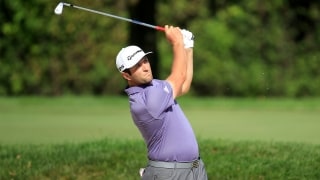 Rahm (66) picked up ball without marking it

Jon Rahm would have had the low round of the week at the BMW, if he had remembered to reach into his pocket on the fifth green.

Three off the lead held by Johnson and Matusyama to start the final round, he went out in 2 under par and then ripped off four birdies on his inward half. After starting 75-71 at the BMW, he signed for 66-64 over the weekend to post 4 under par. Hitting balls on the range, he looked set to take the title in regulation before Johnson poured in this 43-footer on the 72nd hole to force extras:

Back to the 18th green on the first playoff hole, DJ appeared to have the advantage before Rahm one-upped him with this 66-footer for birdie and the win.

What it means: This is Rahm’s fifth PGA Tour win and his second this summer. He has been the Tour’s premiere mini-major player, winning in harder-than-usual conditions at both Muirfield Village and Olympia Fields. With the victory, world No. 2 Rahm cuts into Johnson’s lead atop the Official World Golf Ranking and will start next week’s Tour Championship two shots off DJ’s 10-under-par lead. He would have taken back the world No. 1 ranking had DJ not finished solo second.

Best of the rest: Johnson birdied three off his first four holes and looked ready to cruise to his second victory in as many weeks. But he arrived at the home hole one behind Rahm and seemingly finished, prior to his unlikely birdie. Despite the loss, last week's winner at The Northern Trust will start the Tour Championship (which uses a staggered start based on FEC positioning) at 10 under par, two shots ahead of — guess who — Rahm.

Round of the day: Finau played his inward nine in 5 under under to shoot a final-round 65 and take the clubhouse lead for the bulk of the afternoon. While it wasn’t enough to win, it did get him off the bubble and secure his spot in next week’s 30-man Tour Championship field at East Lake.

Who’s in? Who’s out? Speaking of next week, Niemann and Mac Hughes moved into the top 30, while Adam Long and Kevin Streelman fell out of the top 30. Niemann contended most of Sunday after carding four birdies on his front nine, signing for 67. Hughes edged Long with with this up-and-down from the greenside bunker at 18.

Billly Horschel, separately, stayed No. 30 after Corey Conners three-putted from 5 feet on the 72nd hole.

Shot of the day: Obviously, Rahm's putt in the playoff. But in terms of a runner-up, his scorched drive of 366 yards over the tree on the left off the 18th tee:

Quote of the day: "I could hardly believe it." — Rahm on his playoff-winning putt