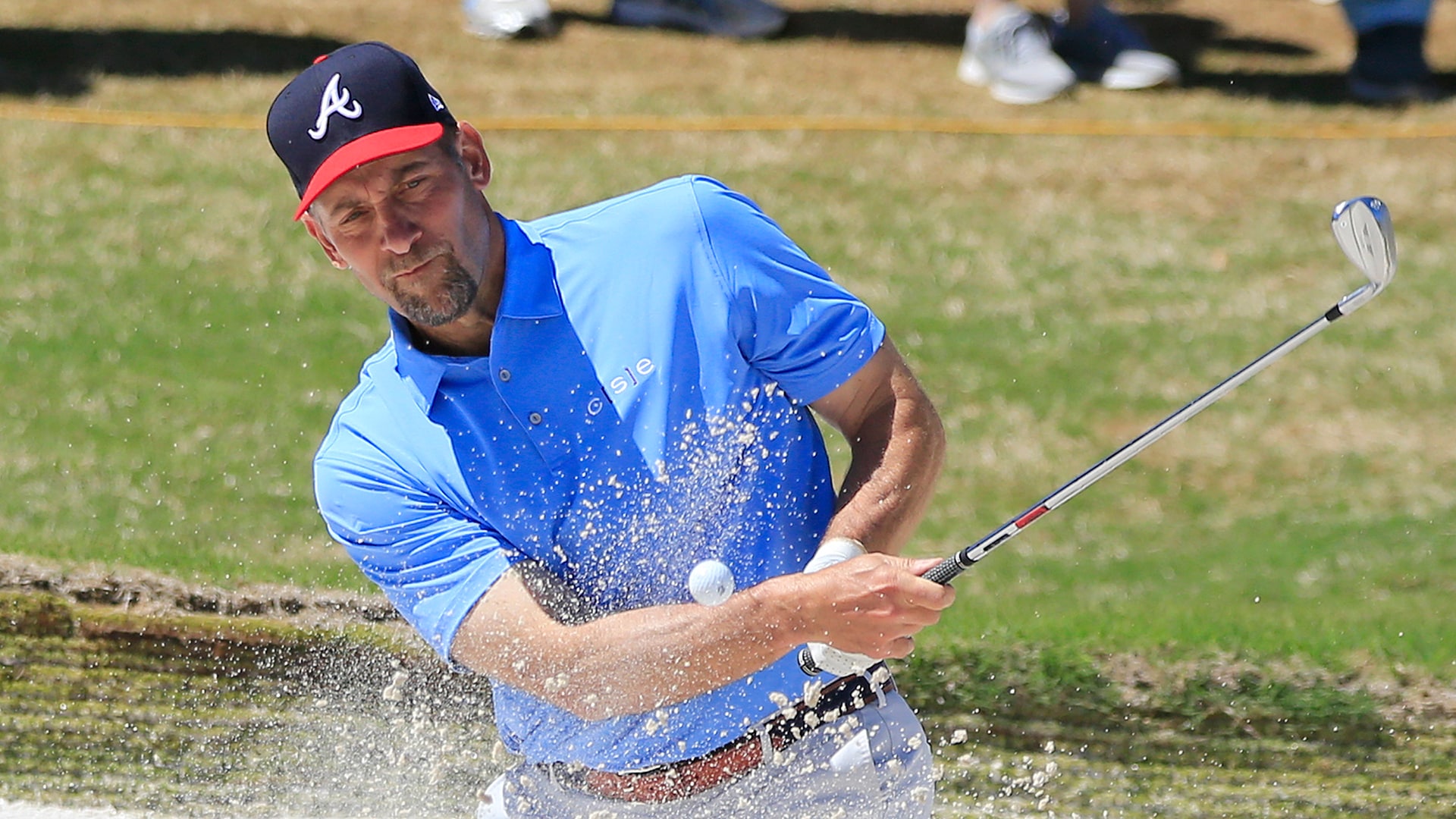 The 52-year-old former Atlanta Braves hurler is again part of the celebrity field for the LPGA season opener, which begins Thursday at Tranquilo Golf Club. He is joined by fellow Braves legends Greg Maddux and Tom Glavine, former NBA stars Grant Hill and Ray Allen, and NFL future Hall of Famer Larry Fitzgerald, among others, all of whom are competing for a $100,000 first-place check.

Smoltz wouldn’t mind another one of those.

“Pretty ironic to think that check was more than I made in my first year and a half playing baseball,” said Smoltz, who said he made $60,000 per year after being drafted by the Tigers in the 1985 MLB Draft.

Smoltz, who qualified and missed the cut at the 2018 U.S. Senior Open, made three starts via sponsor exemptions last year on the PGA Tour Champions, his best finish a T-53 at the Cologuard Classic in Tucson, Arizona, in March. He then attempted to earn his over-50 card at Q-School but failed to advance out of first stage after tying for 54th.

“I never left the fairway the first three rounds of the tournament, but I could not figure out how to get the ball in the hole,” Smoltz said. “The last hole of my third round is what exactly signified my day. I hit it middle of the fairway, then pushed my second shot right into the water, made triple and my grind was over. I hit the golfing wall and just could never get it turned around.

“I just wasn’t ready, but I wanted to see where my game was.”

Smoltz’s practice was limited entering Q-School, having finished his work for the World Series less than 20 days before the first round at TPC Tampa Bay. He planned to not play a round of golf in December while he practiced and worked out in the gym to get ready for this week, which will include six rounds of golf (four competition days and two pro-ams).

Smoltz said he bought a machine before last year’s win that helps him swing the golf club despite a bothersome right shoulder, which has endured three surgeries. His goal this winter was to build up a stronger base to make walking courses easier. Smoltz said eventually he’ll need a double-hip replacement.

“I haven’t been able to work out and do things that I know are conducive to longer stretches of golf,” Smoltz said. “Going into this year (2019), I couldn’t play four days in a row physically. I can at least do that now, but there are things that break down in my body that my schedule and lack of strength is just the reason why.”

Smoltz anticipates another busy year of bouncing between the broadcast booth and golf tournaments. He wants to qualify for another U.S. Senior Open and later give Q-School another shot with hopes of earning his card. He also knows that achieving the level of success he wants on the course is a tall task until he becomes a full-time golfer.

“If after two years I decide to not broadcast again, I’ll be 54, 55,” Smoltz said. “I’ve always wanted to see how far I could take my competitive golf, but I didn’t want to sit and wait for things. I wanted to actually compete in things, and I think that’s the only way you learn about your game. Why not? Why not try to see what I can do in the limited time I have?

“There was a time in my life when I could turn it on and turn it off. I keep convincing myself I can show up at a tournament and turn it on. That doesn’t work anymore. I know a lot of people close to me don’t understand, going into the tournament I got no confidence and they’re like, ‘You can do this,’ and I’m like, ‘No, there are some things you gotta have.’ Last year’s win [at Tranquilo] was huge for me gaining confidence, but there’s no way for me to do what I want in golf with the schedule that I have. I’m trying to find a way to combat that.”