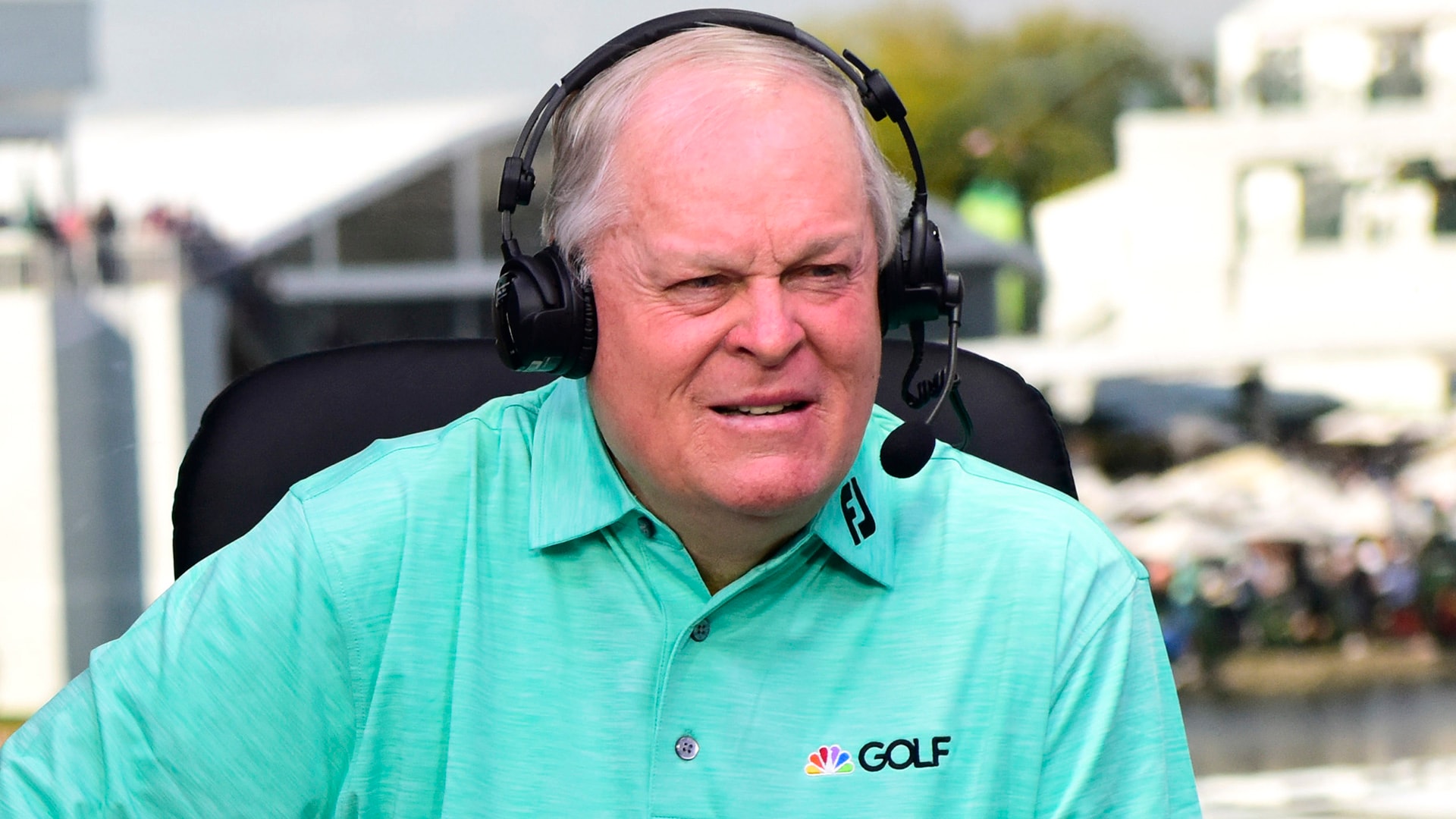 Miller won the Phoenix Open in back-to-back years in 1974-75, taking the latter edition of the event by 14 strokes. The player known as the Desert Fox said Saturday that this event felt like the perfect place to end his broadcast career, as it “felt like that was home for me.”

Miller opened the coverage joking that he would blame his longtime announce partner Dan Hicks if he started to cry.

“I think I have said everything I needed to. Bottom line is it is going to be a lot of fun today," he began.

Saturday’s third-round telecast on NBC was marked with a variety of tributes to Miller, from PGA Tour players, members of the NBC Golf team, members of the broader NBC broadcast family, other industry talents like Jim Nantz, Charles Barkley and Chris Berman, and even President Donald Trump.

Miller first entered the booth in 1990 at the Bob Hope Classic and exited in 2019 at TPC Scottsdale, offering this tearful this sign-off to his viewers, his colleagues, his friends and his family:

“It’s been a pleasure, absolutely,” he said. “I appreciate all the people out there. I tried to do a lot of my commentating for you out there, and I’m glad you accepted my form of commentating, which was not normal.

“It was a little bit rough at first, but it’s just been a pleasure – the friendships I’ve made and the guys on our team that have been so amazingly good and the players out there that also feel pretty good about it. Saturday figures to be one of the most emotional days of Johnny Miller’s life, and he’s worried that he’ll be a blubbering mess once the red light flips on at 3 p.m. ET.