Miller's one-of-a-kind style will be missed 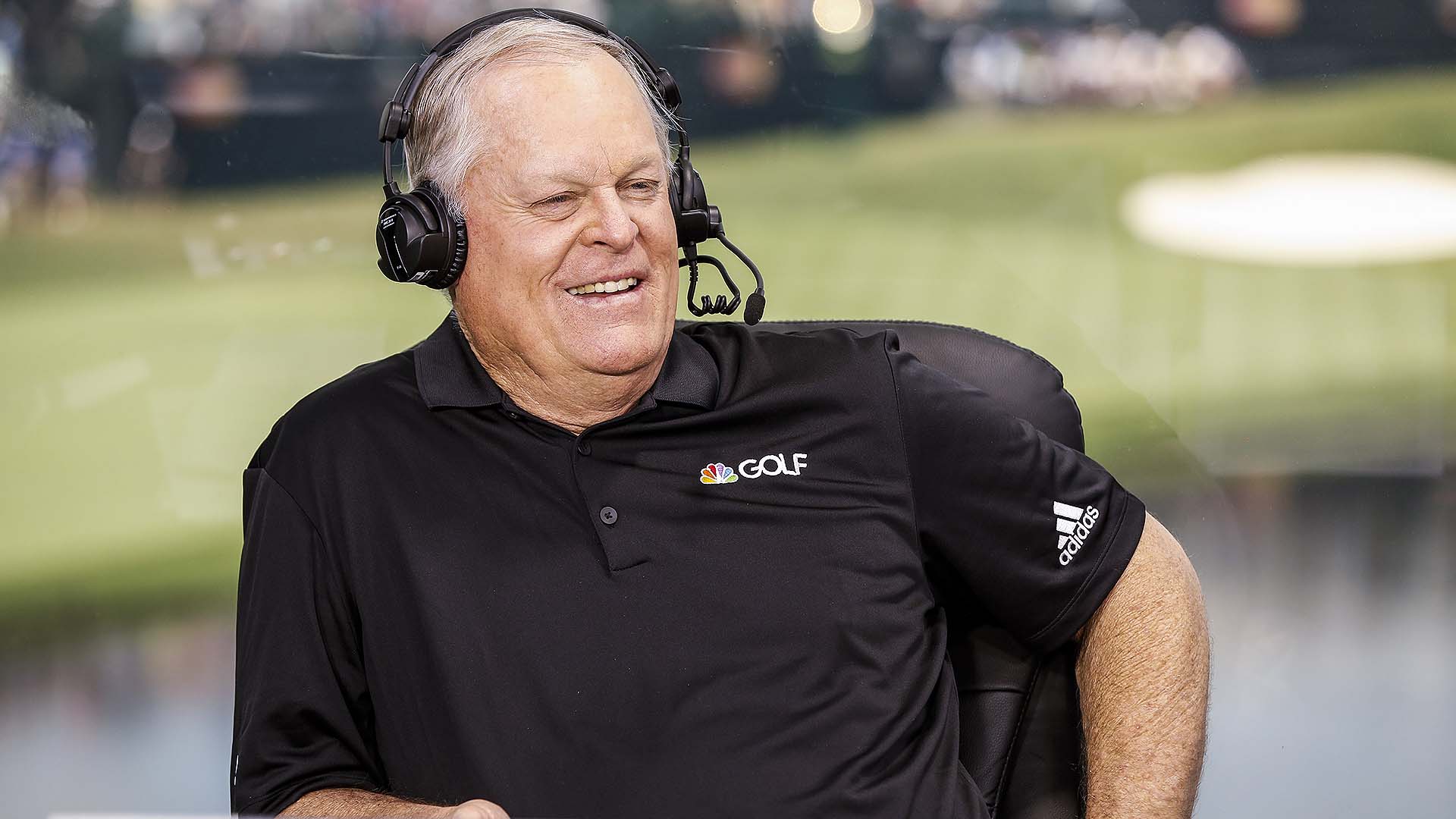 A day after welcoming grandbaby No. 24 into the world, NBC Sports/Golf Channel analyst Johnny Miller carefully considered the question – why now?

After nearly three decades calling shots with his unvarnished and unapologetic style, Miller announced on Tuesday that he will call his last tournament in January at the Waste Management Phoenix Open. It’s the perfect swansong for Miller, whose dominance in Arizona during his playing days earned him the nickname, the "Desert Fox.”

“The call of being there for my grandkids to teach them how to golf and fish. I felt it was a higher calling,” Miller said from his home in Napa, Calif. “The parents are trying to make a living and grandparents can be there like my father was with my four boys. He was there every day for them. I’m a big believer that there is a time and a season for everything.”

Miller’s voice has been the soundtrack to some of the game’s greatest moments for 29 years - since he took over as the network’s lead analyst - and his unfiltered take created an immediate standard.

During his first event in the booth, Miller called the final moments of the 1990 Bob Hope Chrysler Classic with his good friend and frequent partner Peter Jacobsen clinging to a one-stroke lead.

“I said he had the perfect lie, downhill and over water, that he could choke on,” Miller recalled. “He was my partner in the team championships, we had been friends forever and he didn’t talk to me for a long time after that.”

It was a blunt style that was very much new to golf at the time. Prior to Miller the norms of broadcasting golf tournaments required a kid-glove approach, but before making it through his first 72 holes Miller had already uncorked the first of many “choke” comments.

Miller’s approach to broadcasting was born from the same competitive drive that lifted him to 25 PGA Tour titles and two major championships, and he’s as comfortable with his no-holds-barred approach now at 71 as he was when he started in 1990.

“I’m sort of a golfing version of [NBA analyst] Charles Barkley, it’s what people want,” Miller laughed. “The players don’t like it, but my father always told me that when I’m raising my kids you need four parts confidence and inspiring, but that one time you need to trim the bush a little bit.”

Miller to retire from broadcast booth in 2019

Best of: Photos of Miller through the years

Jacobsen wouldn’t be the last player to endure one of Miller’s blunt assessments. During the 2008 U.S. Open at Torrey Pines, Miller’s take of Rocco Mediate’s performance in the playoff was that he “wilted.”

Miller’s assessments were as educated and nuanced as they were pointed, but that didn’t mean they were always easy.

“Every time I’d see [Mediate] it would be in the airport. It was about two years after that U.S. Open, he was like, ‘Can you believe Tiger [Woods] made that putt?’” Miller said. “I had said [Mediate] ‘looked like the guy who cleans Tiger’s swimming pool,’ which wasn’t very nice. But he said he understood.”

And because of Miller’s unique style and aptitude for the game a generation of golf fans better understood what it was like to feel the pressure at the game’s highest level with a title on the line.

It was never about embarrassing players or creating talking points; it was simply the only way Miller knew how to play the game and what separated good players from great ones.

“It’s the greatest game to choke on,” Miller said. “If people want to shy away from that they are missing the whole point of the game. It’s the ultimate game to expose your nerves. The fact no one went there before me I never understood.”

For Miller, having the best seat in the house for nearly 30 years only reinforced what he learned as an accomplished player. Although he concedes now that he’s softened slightly over the years, having been the man who put so many historic performances in context has left more highlight reel moments than he can remember.

There was the 1991 Ryder Cup at Kiawah Island in South Carolina that the U.S. team won by a point.

“I’d never been involved in anything that was that thrilling,” he recalled. “The finish was crazy, the fans were nuts. That course was perfect to prove if you can handle pressure or not.”

He fondly recalls his first U.S. Open in the booth in 1995 at Shinnecock Hills and, of course, the ’08 championship at Torrey Pines was special for so many reasons.

But pressed for his favorite tournament as an analyst, Miller’s mind goes to the 2000 U.S. Open at Pebble Beach, which Woods won by 15 strokes.

“That was the best golf he ever played,” he said. “But that’s like asking me which one of my grandchildren I love the most. There’s a lot of good ones.”

Miller will miss the booth and the people he’s worked with like Dan Hicks and NBC Sports and Golf Channel producer Tommy Roy, but he admits that the job has changed.

“The technology, social media is part of the new world we live in. There’s just so much coverage now. It’s getting crazy,” he said. “What’s in the future of how much coverage there will be? The Ryder Cup this year you get to the booth in the dark and leave in the dark. That’s the new Ryder Cup norm. It’s not a 71-year-old’s job.”

Miller offered one final assessment for his replacement as the lead analyst and it was no surprise that his answer was unblinkingly straightforward.

“When I’m back east I hear 50 times a day, ‘Johnny, keep telling it like it is.’ That’s what the gallery wants,” Miller said. “They crave that you don’t patty-cake it. You have to have the fortitude to call it like you see it. The public can feel it. They know when you’re being honest.”

After nearly 30 years of unfiltered honesty, Johnny would know.