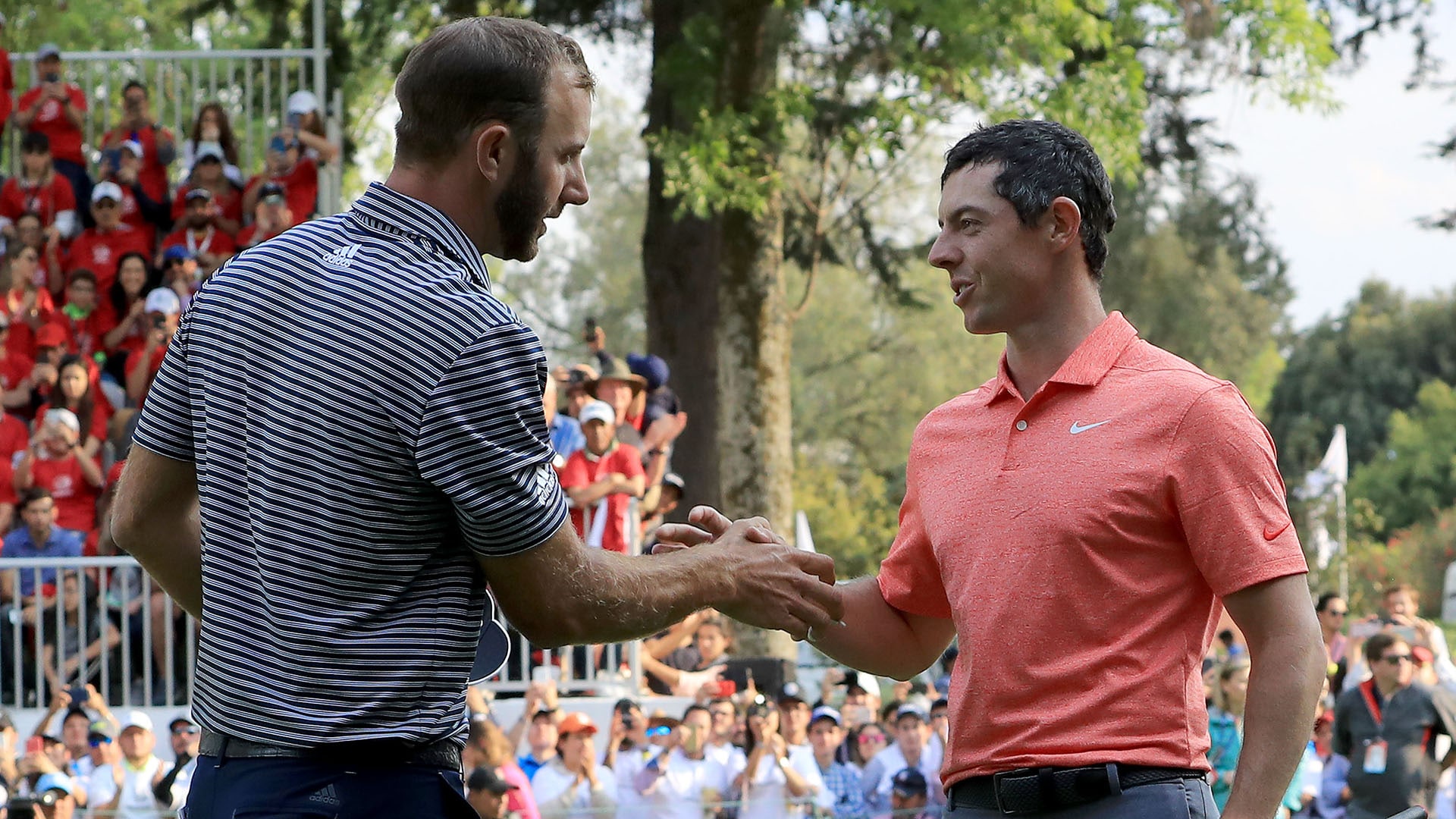 MEXICO CITY – Dustin Johnson’s commanding performance at the WGC-Mexico Championship was nearly derailed early on Sunday when his drive at the par-4 fifth hole raced down a hill and came to rest behind a tree.

Unable to advance the ball toward the green, Johnson called in a rules official, who agreed that in order for the world No. 2 to hit the ball he had to stand partially on a cart path. Johnson was given free relief from the cart path and after a drop was able to advance his ball to the green and make an unlikely par.

“The only way I could play was back to the left. There wasn't another option,” Johnson said. “I told the rules official, ‘Look, even if I try to get really close to this ball, I'm still standing on the cart path.’ He agreed with me and I got relief.”

On the next hole, the par-5 sixth, Johnson's playing competitor found himself in a similar situation. Rory McIlroy, who had cut Johnson’s lead to three shots, wildly hit his drive left of the fairway and ended up both behind a tree and close to a cart path.

McIlroy, though, wasn't as lucky. After a brief conversation with the same rules official, McIlroy was not afford relief and was forced to play his next shot left-handed and back toward the fairway. He went on to bogey the hole.

“I was taking a stance that was hitting it one way, and my foot was on [the cart path], but I could sort of see [the official’s] point, as well,” McIlroy said. “That's why I didn't call for a second opinion. I just went, ‘You know what, fine.’ It wasn't going to make much of a difference anyway.”

McIlroy said after his final-round 67, which left him five shy of Johnson, that he had no problem with either ruling.

“I can't control him or the rules official,” he said. “If he felt that it was reasonable for DJ to take that drop and it wasn't reasonable for me, then so be it. That's why we have refs out here.”