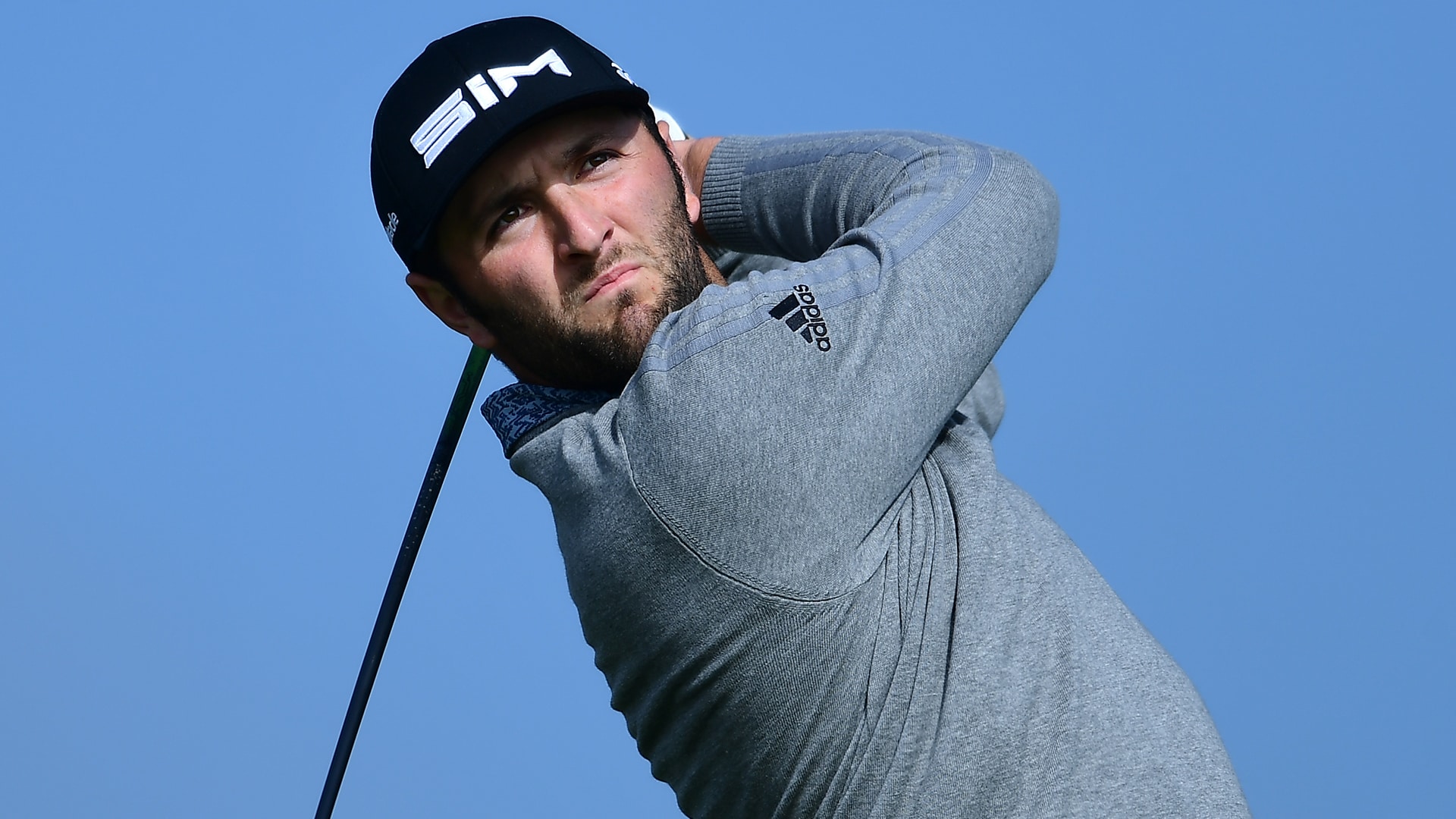 Jon Rahm turned in a 7-under 65 in Saturday's third round at Torrey Pines' South Course as he took a one-shot lead at the Farmers Insurance Open. Here's everything you need to know heading into the final round in San Diego:

A juicy final round is on tap at Torrey Pines thanks to several enticing storylines among the contenders.

The Sunday headliner will be Tiger Woods, who is just five shots back as he chases his PGA Tour-record 83rd career victory. A win would mean even more considering it would come at Torrey Pines, a place where Woods has already won eight times, including the 2008 U.S. Open.

But if Woods fails to orchestrate a final-day charge, McIlroy could be the one stealing the show and returning to world No. 1 in the process. McIlroy, who is three shots off the lead, hasn't sat atop the Official World Golf Ranking since September 2015. A victory Sunday would put McIlroy at No. 1 for the 96th week, just one shy of Nick Faldo, who is third on the list of most weeks atop the OWGR behind only Woods (683) and Greg Norman (331).

Then there is Rahm, the 25-year-old Spaniard, who is looking for his 10th worldwide victory as a pro, third in his past five starts and second at Torrey Pines.

A day after shooting 10-under 62 on the North Course, Palmer returned to the South and shot 71. He carded four birdies, but three front-nine bogeys knocked Palmer back early.

That left the door open for Rahm to rocket up the leaderboard and seize the lead with a sizzling 65 that included a hole-out eagle at the par-4 second hole from 111 yards and no bogeys.

McIlroy delivered a six-birdie, third-round 67 to give himself a chance to win the Farmers in just his second start at Torrey. He tied for fifth last year in his debut.

Woods looked to be putting together a low one with four front-nine birdies, but he shot 1 over with no birdies on the tougher back side and finished with a 3-under 69.

Jordan Spieth shot 1-over 73 Saturday, but he did birdie two of his final four holes, including this chip-in at the par-4 15th hole:

Former Florida standout Tyler McCumber earned himself a third-round tee time alongside Woods, and McCumber responded with a bogey-free 68 to move to 8 under, four back. Tony Finau and Marc Leishman are also 8 under after third-round 68s of their own.

Also shooting 67 Saturday was Tom Hoge, who is 7 under. Hoge closed the fall with four straight missed cuts, but he tied for sixth last week in Palm Springs after sharing 12th at Sony. He was runner-up at the Greenbrier to begin the fall.

Matthew NeSmith bogeyed four of his last six holes, shot 76 and fell from third to outside the top 40, nine shots back.