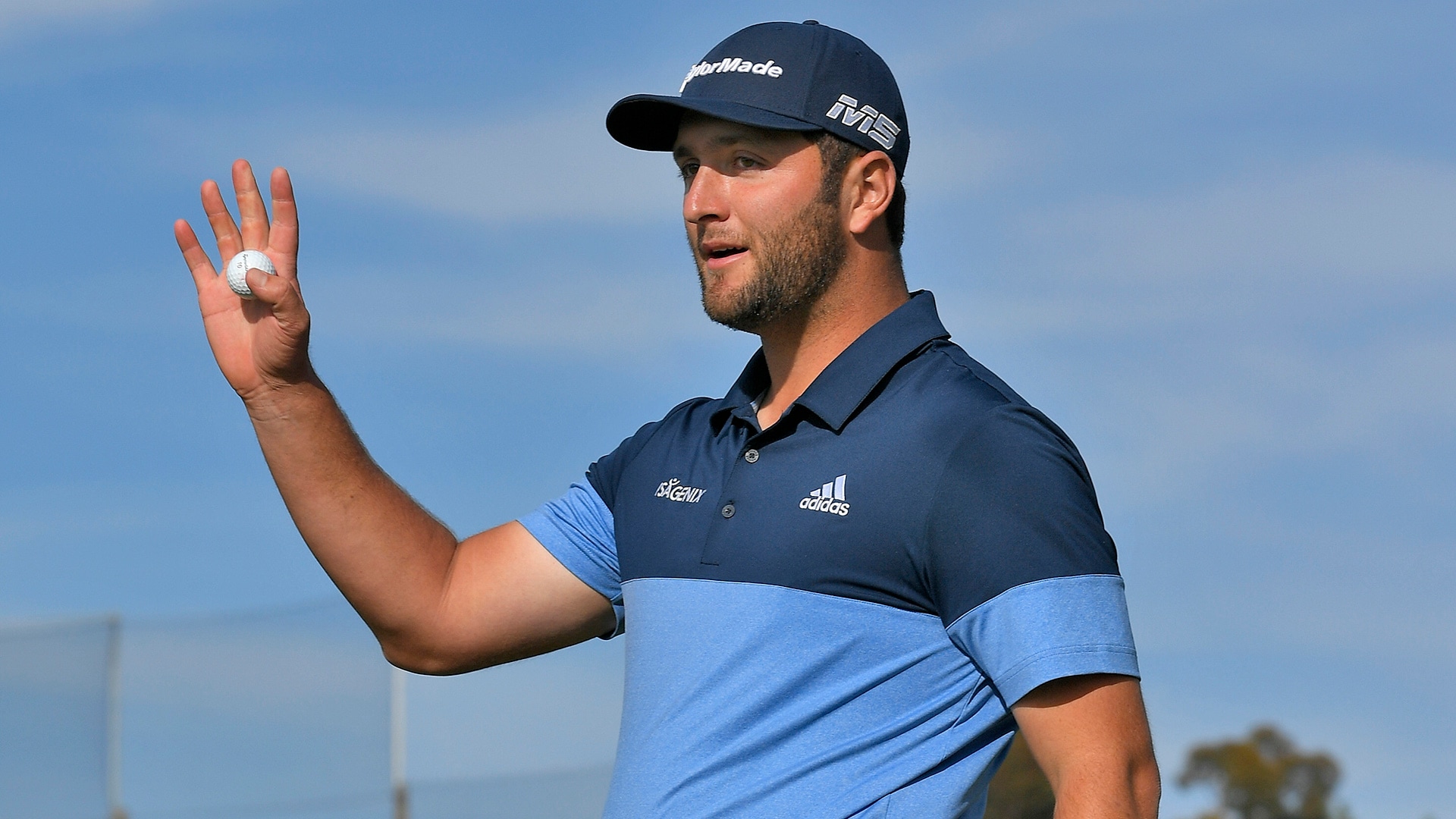 SAN DIEGO – Thomas Bjorn knew exactly what he was doing at the Ryder Cup.

The matches may have been nearly four ancient months ago, but the Dane’s savvy as a captain still impresses following Jon Rahm and Justin Rose’s play Thursday at the Farmers Insurance Open.

The European odd couple finished a perfect Southern California day first and second on the leaderboard, shooting 62 and 63, respectively. For the American Ryder Cup team members who teed it up at Torrey Pines it must have felt like Le Golf National all over again with the Spaniard and Englishman dropping countless putts, chipping in for birdie and looking as unbeatable as ever.

No, Bjorn isn’t at Torrey Pines. He didn’t offer astute counsel. He didn’t advise on pairings and had nothing to do with Rahm’s nearly flawless performance. But he did see something in September that is now becoming clear to everyone else.

Bjorn was the one who teamed Rahm, the Ryder Cup rookie, with Rose, the team’s steady veteran, for the opening match in Paris. The duo lost that match but like the rest of the European team that week, they won so much more.

Rahm was already a world-class player before he arrived at last year’s matches, having won twice on the PGA Tour and having climbed to eighth in the Official World Golf Ranking. But the Ryder Cup can change a player. It’s the only event in golf where Sunday major championship pressure looms on every shot.

Rahm didn’t have a great week in Paris. He lost both of his team matches. But Bjorn remained resolute over what Rahm could accomplish and what the matches could mean to his evolution. He sent his rookie out fourth in his lineup, and the cosmic tumblers put Rahm against Tiger Woods in Sunday singles.

“I think it's confidence in yourself and the Ryder Cup will test it,” said Rose, who played in the group behind Rahm on Thursday on Torrey Pines’ North Course and was tied for second at 9 under. “I think the win against Tiger was huge for him. He struggled a little bit the first couple days of the Ryder Cup, for sure, and it was really important to him to contribute to the team. To play Tiger Woods on Sunday when you haven't had the smoothest of Ryder Cups is a pretty daunting challenge.”

Rahm hasn’t been the same player since that Sunday match which he won, 2 and 1. In four starts since Paris he’s finished outside the top 10 just once, won Woods’ own Hero World Challenge in December and has just two rounds over par in 17 attempts.

That momentum continued on Thursday at Torrey Pines when he started his round with the easiest of eagles on the North Course’s 10th hole. Rahm added a second eagle at the 17th hole and chipped in for birdie at the 14th hole to turn in 29.

Following a bogey at No. 3 Rahm birdied four of his final five holes to finish with a 62, a shot shy of the North Course record which was set before the layout was given some teeth with a 2016 renovation.

It’s a testament to how well Rahm has played at Torrey Pines that his 10-under card doesn’t even rival his best outing here. Nothing will compare to his closing 65 on the South Course in 2017 to win his first PGA Tour event.

But then it doesn’t take a card full of birdies to put Rahm at ease at Torrey Pines. He happily explained that his future in-laws regularly take vacations along this stretch of scenic coast and he fondly remembered trying to Monday qualify for the ’16 Farmers Insurance Open.

“Missed it by one. The next year I end up winning the tournament,” he smiled.

He proposed to Kelley Cahill on the trails that wind past Torrey Pines and counts the area, along with Pebble Beach, among his favorite stops on Tour.

“There's a lot of happiness going on in this area for me, so I just feel I'm going to play good when I tee up,” he said. “I'm in a very positive state of mind and very confident. There's a lot of good reasons for me to be happy every time I come here no matter how I play.”

While his comfort at Torrey Pines and the competitive confidence he gained from beating Woods is an undeniable piece of the puzzle, his transformation from potential star to bona fide world beater is the byproduct of so much more. Getting engaged has given Rahm perspective and maybe a little more patience when things aren’t perfect.

Bjorn never hit a shot on Thursday. That 62 was all Rahm. But the Dane did recognize something that many others missed, that the 24-year-old is truly at peace with himself and his limitless potential.