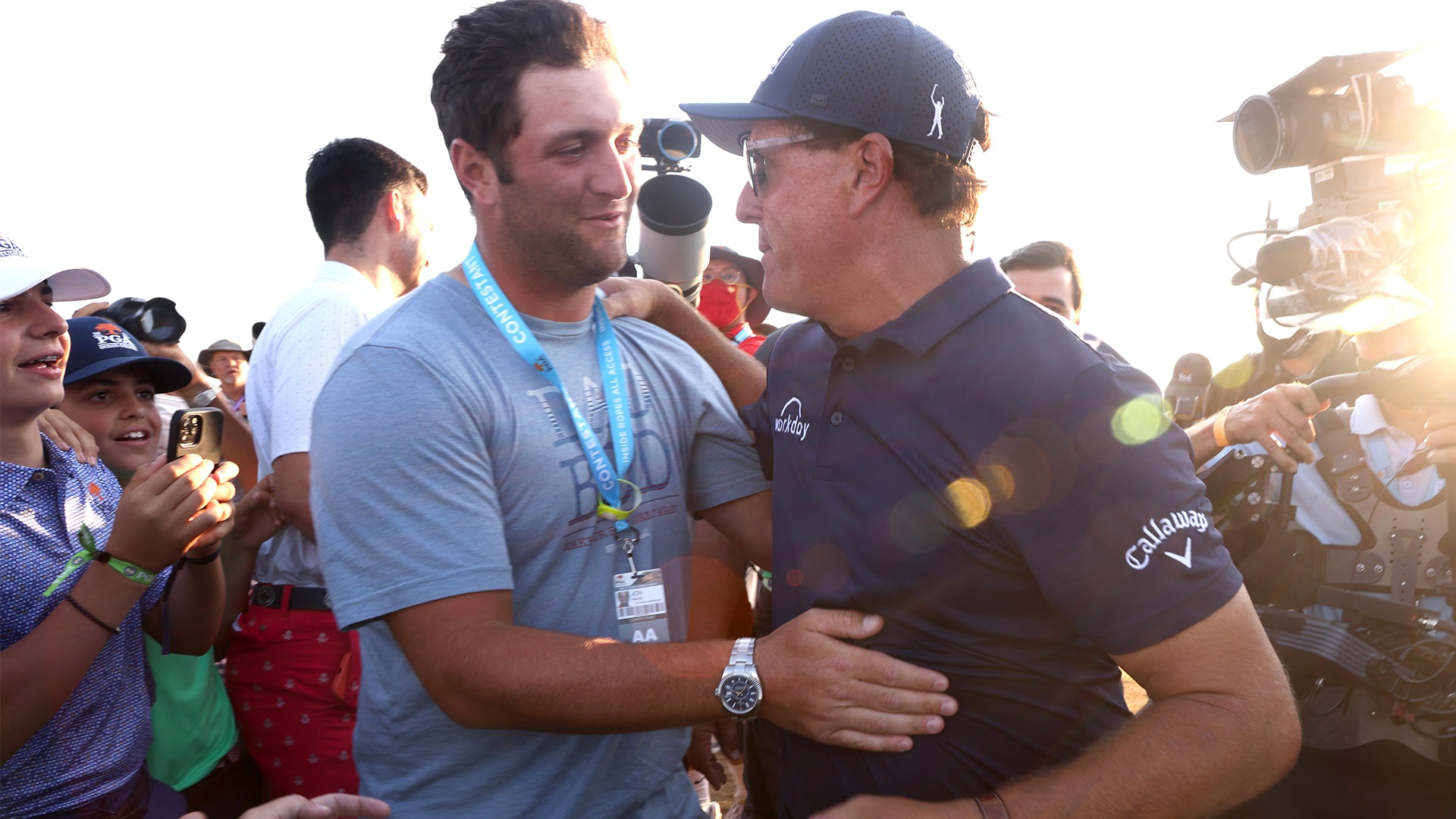 Phil Mickelson may see LIV Golf as a leader of change in the sport of golf, but Jon Rahm doesn't agree.

Rahm was asked Tuesday during his pre-tournament presser at the CJ Cup about Mickelson's comments last week in which Mickelson proclaimed that LIV Golf was on the rise while the PGA Tour was going in the opposite direction.

"Man, I love Phil," said Rahm, who shares an agency with Mickelson and has considered the six-time major winner a mentor, "but I don't know what he's talking about. I really don't know why he said that."

Here's what Mickelson, who reportedly signed a nine-figure deal with the Saudi-backed circuit, told reporters during last week's LIV Golf event in Saudi Arabia: "For a long, long time – my 30 years on the PGA Tour – pretty much all the best players played on the PGA Tour, at least for the last 20 years. That will never be the case again. I think going forward you have to pick a side. You have to pick what side do you think is going to be successful. And I firmly believe that I’m on the winning side of how things are going to evolve and shape in the coming years for professional golf. Until both sides sit down and have a conversation and work something out, both sides are going to continue to change and evolve. I see LIV Golf trending upwards, I see the PGA Tour trending downwards, and I love the side that I’m on."

"There's been some changes being made, but it doesn't necessarily mean it's going down, right?" Rahm said, referencing major changes the Tour has announced that would boost purses and ensure that the Tour's stars play against each other at least 17 times a season. "I truly don't know why he said that. Don't know. I really don't know. I think there's some great changes being made and great changes for the players on the Tour.

"I truly don't know what drove him to say something like that."