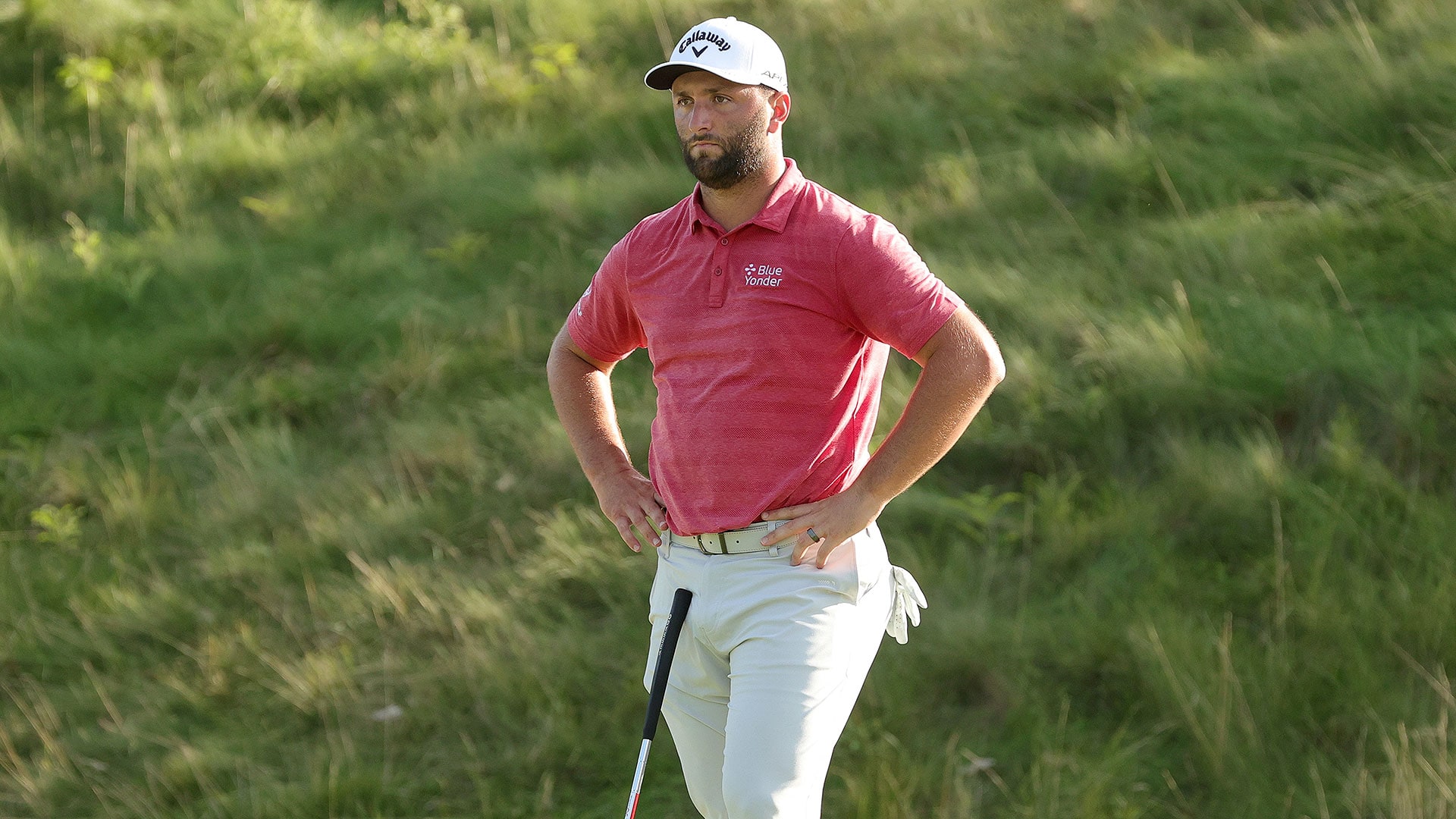 It felt like everyone on Monday at The Northern Trust was in for a mistake, save for Jon Rahm, who was not going to allow for any margin of error.

Cam Smith, leading Rahm by one, made double bogey at the par-4 fifth. Tony Finau, one back, bogeyed the par-5 eighth. Erik van Rooyen, playing in the final group, made quadruple-bogey 7 at the par-3 11th to end his bid.

One slip – let alone a full faceplant – by others appeared to give Rahm the cushion he needed to win the first playoff event in this weather-delayed final round. But while Smith and Finau righted their ships on the back nine, it was Rahm who tripped on his way to the clubhouse.

At 18 under, he missed the Finau-Smith playoff by two shots.

“I think it's going to be very easy to focus on maybe 15 on,” said Rahm, who shot 2-under 69. “Even though I did not make a putt all day, I did what I had to do tee-to-green and it could have been a lot better than what it was. I felt like I could have had a bigger lead and that wasn't the case.

Rahm said he felt he hit every shot well at the 15th hole and had a 7-footer to save par, but missed it. It’s the second time in four years that hole has helped cost him a shot at this title.

Rahm drove it into the same fairway bunker in the final round in 2018, when The Northern Trust was held at Liberty National. He also made bogey and he also finished two behind the winner.

“I don't know, it just hurts to think about it a little bit too much. It's the second time I'm going into contention in the back nine, and the same bunker, same hole screws me over again,” Rahm said. “Similar tee shot – different wind conditions, but similar tee shot. That's the upsetting part, come up short when I had a good chance.”

Rahm is now second in the FedExCup standings, behind Finau, who defeated Smith on the first extra hole. Next up is Caves Valley Golf Club outside Baltimore, Maryland, for the BMW Championship.

And though Rahm was clearly upset with how he finished the tournament, at least he has his wife, Kelley, and son, Kepa, waiting for him off the 18th green.

“I haven't been able to digest it,” Rahm said immediately afterwards. “My son put a smile on my face, so at least I'm not in a terrible mood.”